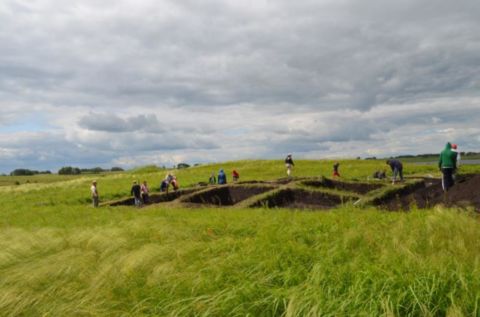 There is a connection of the South Ural region to the formation of many peoples. However, every year new evidence is found that ancient Hungarians lived in this territory. The studies of the bones from a burial ground in the South Ural region, and comparing the revealed haplotypes to those of the ancient Hungarians have served as the confirmation to this theory. The results of the research conducted by an international team of scientists have been published in the highly rated journal Scientific Reports (Q1).

Ancestors from the East

The South Ural region may turn out to be a proto-homeland of the Hungarians. Scientists have been studying this issue starting from the 19th century, but every year brings new archaeological finds, which "move" the ancient Hungarians farther east. In the Trans-Ural region, the main landmark of the era of the ancient Hungarians, which confirming the theory that they lived in the Volga-Ural region, is the Uyelgi cemetery in the Kunashaksky District of the Chelyabinsk Region.

The Uyelgi cemetery has been studied for over 10 years now. Skeletons of ancient people were found in the burial ground complex, as well as objects that had belonged to them in their lifetime: armour, jewellery, and fragments of horse harnesses. These finds are quite similar to the objects discovered in the Carpathian Basin, and this means that one can assume that the resettlement of the peoples from the Trans-Ural region to the territory of modern Hungary happened quickly, within the time of just several generations. 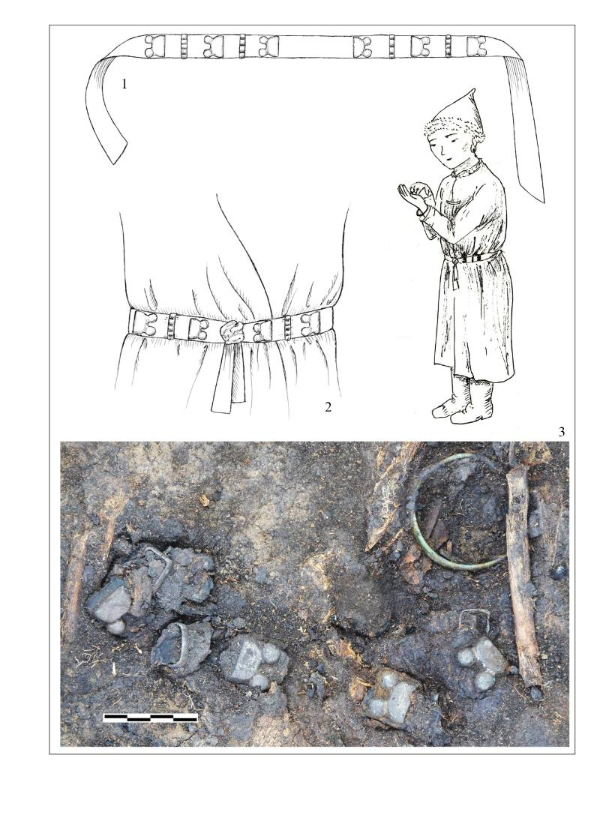 Genetic link to the Trans-Ural region

"The SUSU scientists were handling the empiric base, that is they were preparing reports to present the data to the public, and were collecting the bone materials. Our selection turned out to be the biggest one: 22 samples were presented. Based on these, a group of paleogeneticists from Hungary revealed the similarity in the haplotypes with the Hungarian population. At this stage we obtained new quality data that the history of the early Hungarians and proto-Hungarians is connected to the eastern regions," shared Ivan Grudochko. 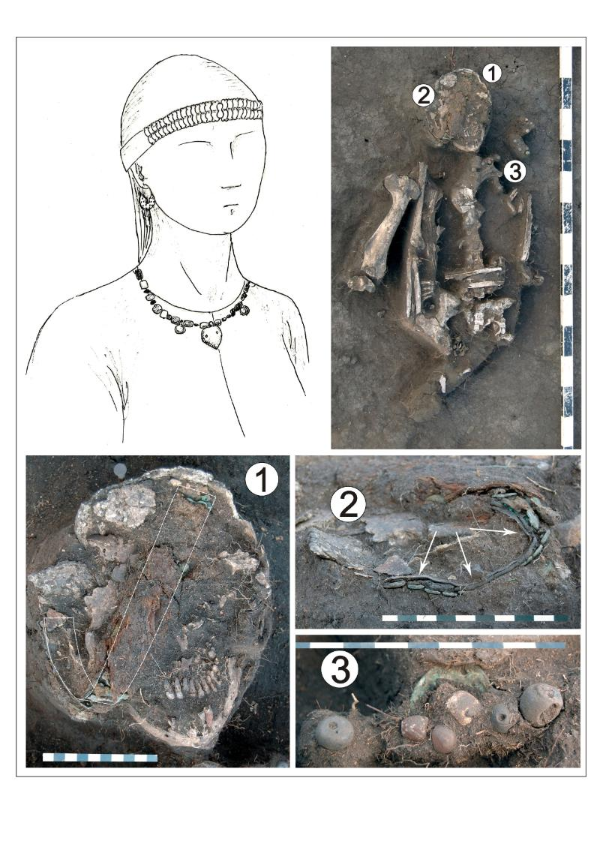 Photo: A woman's grave in the Uyelgi cemetery

The paleogeneticists in the laboratory in Hungary determined at once several haplotypes (groups of forms of the same genes in the chromosome loci), which are found in the Hungarian conquerors and people buried in the Uyelgi cemetery. The scientists explain the phylogenetic affinity by the common genealogy. Later the ancestors of the Hungarians and the Ural people get divided by an Eastern component, the origin of which is yet to be discovered. According to a tentative version, those were the early Kipchak people who came from Altai.

Thus, the scientists have found out that the resettlement from the Trans-Ural region to Europe took place in the 9th century, but the peoples of these two territories maintained their connection in the later periods as well. 300 years in one cemetery

The Uyelgi cemetery is a 9th-11th centuries monument, which sparks interest among scientists from different countries. The thing is that several burial layers are distinguished as belonging to different cultures that resided on a vast territory. Part of the burials were not disturbed by the descendants, and thanks to that scientists keep finding more and more new materials for further research.

"Year after year this monument confirms our hypotheses with regard to the processes that were happening in the steppe zone of the South Ural region. It holds the traces of a 250-300-years epoch. Uyelgi has helped solve a whole series of problems of the culture genesis, the emerging of the cultures on the territory of big region, from Irtysh to Volga, and from Perm to the Central Kazakhstan," commented Sergei Botalov.

The work with the graves in the Uyelgi cemetery will continue. A new field of discussion on the proto-homeland of the Hungarians has opened now. Earlier it has been considered that the migration path of the people included four elements, but now it is seen as a more complicated one. That is why the next stage is to analyse the material collected from other areas, from Ukraine, for instance, and use it as a basis to reveal the genetic relationships.