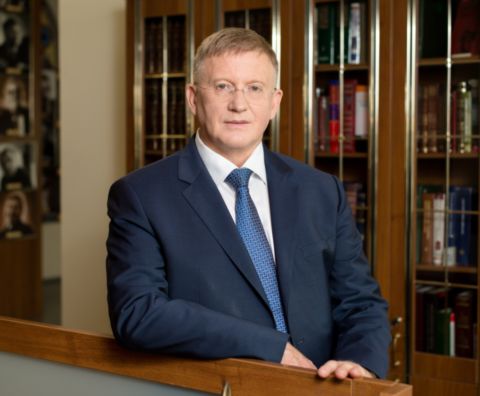 South Ural State University is celebrating its 77th anniversary. The university is developing dynamically, rising to the challenges of the time. This year that has gone by, has not been easy for anyone, and SUSU has been no exception. However, there are many achievements and prospects. The SUSU Rector, Doctor of Sciences (Engineering), Professor Aleksandr Shestakov speaks about the main results of the year, new projects and strategic plans.

– I believe that we have made significant progress in science. Over the year, publications in authoritative foreign and domestic scientific journals (Q1 and Q2) have increased in number by 30 percent. There is also an increase in the citations of our publications in the Scopus and Web of Science databases. These are substantial results for the university, which will affect future rankings.

In general, the dynamics of the recent years has been quite strong. Despite the pandemic, we continue to enhance development. A number of serious works are underway, including those within the framework of the Resolution No. 218 of the Government of the Russian Federation. New technologies and products are being created for the industry of the Chelyabinsk Region. One of the projects is related to the improvement of road machinery. Another one is associated with the production of wide-range high-quality hydraulic drives. For this work, which we are doing jointly with the Ural Engineering Centre, a production workshop is being built.

At the end of the year, a big-scale project on the creation of a new transport system in the city of Chelyabinsk has been completed. SUSU has assembled a team of the best specialists in our country who are engaged in traffic planning.

In the pandemic, we continue to expand our presence in the world. A few days ago, our joint project with the Zhengzhou University of Aeronautics has been successfully defended to the Ministry of Education of the People's Republic of China. Our partner from China has informed us that we won a grant to establish an educational institute in Henan province. We will provide the Celestial Empire with educational programmes that will be conducted in Russian as well.

And one more very important result is that the pandemic hasn't significantly affected the activities of the university. We have learned to work in new conditions without compromising the quality of education. This is thanks to the distance learning technologies that SUSU has been improving for ten years already.

This year, the organization of the educational process at the university has been significantly changed. We have considered the blended learning to be optimal. All lectures have been switched to remote mode, only laboratory classes involving work with equipment are held offline. There are universities that have completely switched to the distance learning. Not all the universities can implement a mixed format, because it requires a well-functioning education system.

The outgoing year is marked by another key win. Jointly with Ekaterinburg and Kurgan, we have won the competition for the creation of research and education centres.

– Could you please tell us more about this?

– This was a big and serious job. The projects of the World-class Ural Region Research and Education Centre differ from those announced for the competition in that they solve global problems of development both for the Ural region and the entire country.

The Chelyabinsk Region presented a project on the development of technologies for a recoverable rocket, the Sverdlovsk Region presented a project for high-speed intercity transport (up to 400 km/h). Tasks of this level are being set today in Europe and China. As part the third project, Ural Federal University (UrFU) jointly with Rosatom enterprises are creating a reactor that provides energy production with no radioactive waste. One more cool project related to limb implants is being fulfilled in Kurgan. This is a unique development by the National Ilizarov Medical Research Centre for Traumatology and Orthopaedics.

In addition, there is a big educational component here. It is about training managers and executors of big-scale innovative projects. In particular, Chelyabinsk proposes a Techno MBA project, which SUSU is implementing jointly with the Korea Advanced Institute of Science and Technology.

– It is always great to win! But then, what is next?

– We felt excited over our victory for one week. And then...serious and hard work begins. In my opinion, the key project of the Ural Region Research and Education Centre is the creation of the technology of the recoverable rocket. To some extent, this development is in defiance of Elon Musk. This idea by the Academician V.P. Makeyev State Rocket Centre has been promoted for a long time. And within the framework of the Ural Region Research and Education Centre, we set the task of developing the main technologies for this rocket. This is a completely new type of propulsion system.

Our university has already started working on this project. We are creating composite materials for the rocket body and a control system that we want to equip with artificial intelligence, which will allow for the launch of satellites into higher orbits. The development will be financially supported. The Governor of the Chelyabinsk Region has allocated budget funds for the implementation of this direction.

– Now, Project 5-100 will be replaced by a new federal competitiveness program initiated by the Ministry of Science and Higher Education of the Russian Federation.

– SUSU aims to participate in the Program of Strategic Academic Leadership (PSAL). The draft of PSAL's bidding documentation already exists, and now adjustments are being made, but the basic requirements for participation in the program are already known. We have developed a concept for the development of our university for 10 years. In the near future, we will begin to turn this concept into a plan of particular actions.

– Are there any prospects for maintaining the status of a national research university?

– We will fight to maintain it, despite the fact that the number of national research universities will noticeably decrease in the new program. This means that the competition will become even more serious.

– I think we have good results in Digital Industry and Materials Science. We have been dealing with these fields for a fairly decent period of time. Now we need to move towards the development of ecology in terms of scientific research and engineering development. The task for the near future is to strengthen this direction.

– SUSU is the centre of scientific thought in our region. Could you please tell us about the participation in the formation of the development strategy of Chelyabinsk?

– Our position is that not only the development of Chelyabinsk, but also the development of the Chelyabinsk Region is somehow connected with the creation of the World-class Research and Education Centre at South Ural State University. The emergence of such a centre will lead to the creation of production of the sixth technological order and can advance the region in many directions.

Our goal is to create an Artificial Intelligence Centre in L-Town. We are making a lot of efforts to create such a centre in Chelyabinsk. Along with education and science, very large Russian enterprises working in the field of information technologies will also come here. They will build their offices and production facilities near the university in the Naukograd science city.

We are also currently working on the development strategy of Chelyabinsk. The CityLab laboratory has been created at SUSU, which deals with the expertise of the Smart City and management issues.

– And what do you expect from the new year?

– The first expectation is to defeat the coronavirus. We need to come back to normal communication, since it is important to develop education and science in collaboration with our Russian and foreign partners – world-class scientists. We must breathe new life into the existing 12 international laboratories, and we are planning to create new ones. By 2030, SUSU should have 35 international laboratories with the external leadership by top world or Russian scientists who work in the Russian Academy of Sciences, Moscow State University, and other authoritative scientific organisations in our country.

To implement these plans, we need live communication and bringing offline conferences back, where people can not only deliver presentations and learn about the achievements and developments of colleagues, but also do the networking.

The second expectation is that we look forward to winning the competition under the Program of Strategic Academic Leadership. We are working hard on it, and I hope that this work will lead to a positive result.

And the third expectation, or a kind of a wish, is that all employees, postgraduates and students of South Ural State University stay healthy, happy and are actively involved in work, creating their own well-being and developing the university.

– And what would you wish the residents of Chelyabinsk?

– I sincerely wish Chelyabinsk residents health and happiness as well! And also...I wish my fellow countrymen to love their city and try to have an active attitude in terms of the development of Chelyabinsk as a smart, comfortable and safe metropolis. Happy New Year! 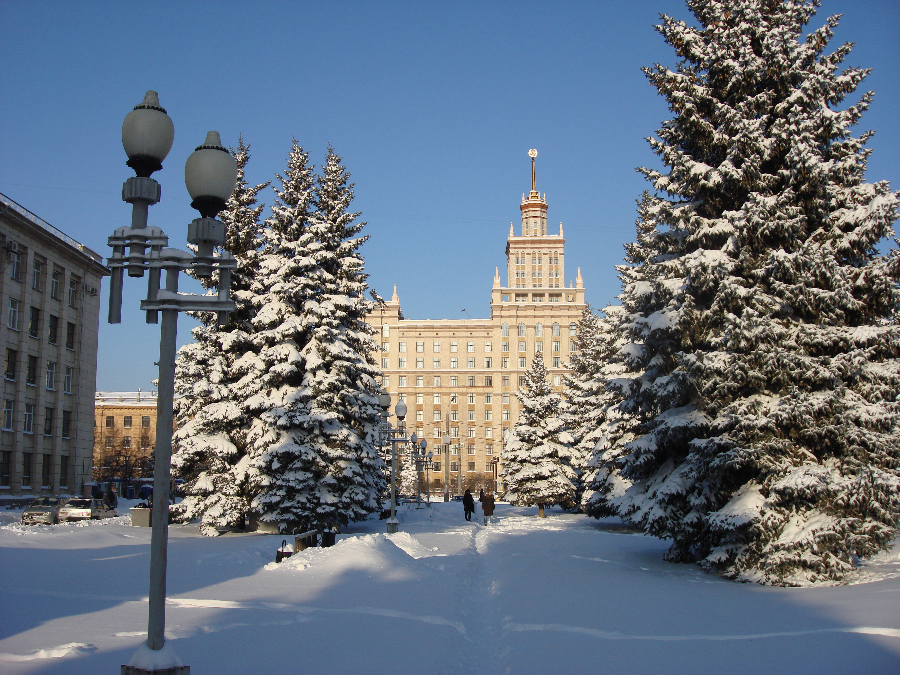