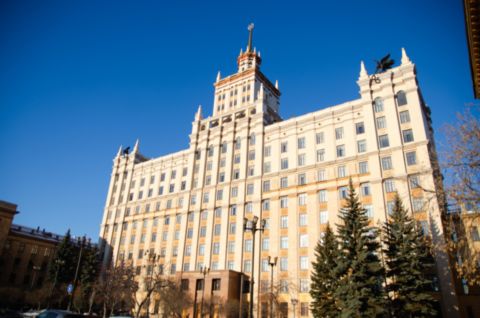 15 December 2020 one of the leading Russian universities celebrates its 77 anniversary. Professors and students congratulate the university and wish it many years of success.

South Ural State University was established in 1943 during the Great Patriotic War. Mechanical Institute evacuated from Stalingrad took a new name, Chelyabinsk Mechanical and Engineering Institute, and started to train highly qualified specialists for the country.

The university changed its name several times and got its final name in 1997. The main building of the university with sculptures of Prometheus and goddesses Nike is one of the landmarks of Chelyabinsk. In front of the building there is a monument to a student which brings good luck at the session (the legend that students believe in).

Over the years of its history SUSU transforms into national research university, scientific and educational center of the South Urals region and the whole country.

SUSU has one of the best structures for scientific activity in the country. There are about 40 laboratories at the university - the basis for the development of scientific directions for schools and institutes.