SUSU Student Labour Teams Will Now Have Their Own “House” 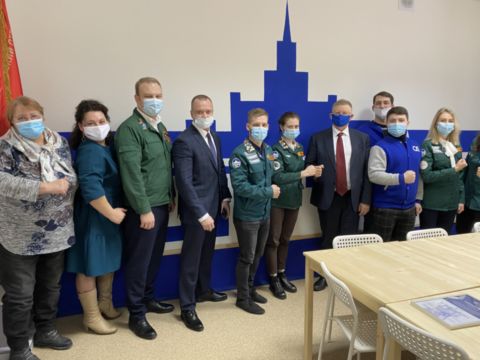 A ceremony was held to open the office of the Headquarters of Student Labour Unions of South Ural State University, which is located at Office 105, 78 Lenin Prospekt. The students held an excursion for the invited guests, reported on the work already completed, and discussed their development strategy for the 2021 working year.

This work space had been a gift to the Union Headquarters from the SUSU Rector Aleksandr Shestakov on Student Day.

It is worth noting that members of the Headquarters of Student Labour Unions actively participated in renovating this new space.