SUSU Students Elected the Chairman of the Student Union 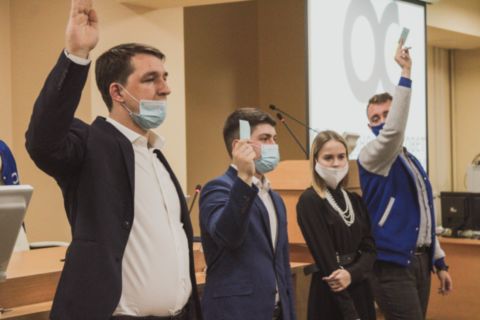 The conference began with a report by Viktor Froidenberger on his work done  as the Chairman of the Student Union, and on the innovations introduced into the student life over the period from 2018 through 2020.

As part of the event, a meeting with the SUSU Rector was also held. Aleksandr Shestakov answered the questions of the university's most active students and shared his experience on student life.

The Student Union is the main student self-governance body of South Ural State University. This is a platform for development, friendship, and bright student life.

The Union had been established at the university by the initiative from students in 2010, since there had been a necessity to coordinate the activity of all student organisations. Thus, the Student Union comprises 20 student associations and interest clubs, 10 student councils of the schools and institutes, as well as 1 dormitory student council.