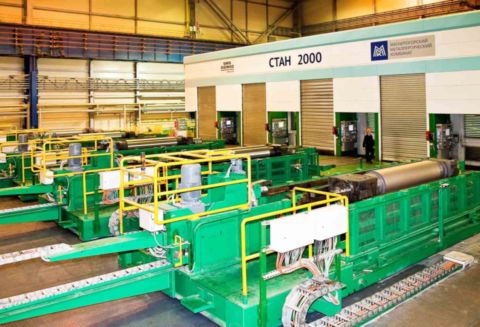 The fourth industrial revolution, which took place in the last decade, is making today's production different. More and more industrial companies are looking towards digitalization — a logical stage of development under the influence of Industry 4.0. Among the large enterprises of the Chelyabinsk Region, the flagship of digitalization is Magnitogorsk Iron & Steel Works (MMK). South Ural State University is helping MMK take a step into the new reality.

Such a system is called a Digital Twin. It is a software analogue of physical equipment and processes. The Digital Twin will assess the condition of the equipment of the shop and its resources, give a signal in time to check the mechanisms, and inform if the unit of the plant is out of order.

SUSU demonstrated the competencies necessary for the implementation of the project on the Development of the Data Mining System and Forecasting of Trends in the Development of Equipment Damage in the Slitting Lines Shop No.11 Based on Information from Sensors for Diagnosing the State of Technological Equipment and Process Parameters.

Since the digital industry is one of the three main directions of the university's development, the university specialists are familiar with the specifics of Industry 4.0 and the requirements for modern industries. They carried out an initial diagnostics of the equipment state at the Slitting Lines Shop No.11 and issued their recommendations for improving the processes that would make the use of the Digital Twin more efficient.

"The MMK has accepted the SUSU's recommendations and has already implemented some of them. For example, our proposals are used to prepare technical specifications for material suppliers. When studying the destroyed items using electrochemical analysis, the university specialists revealed that those were made of material that did not meet the requirements, and named the conditions necessary to reduce the percentage of rejects," said Ramil Zakirov, Project Engineering Manager, Director of the SUSU Mechanical Engineering Research Institute. 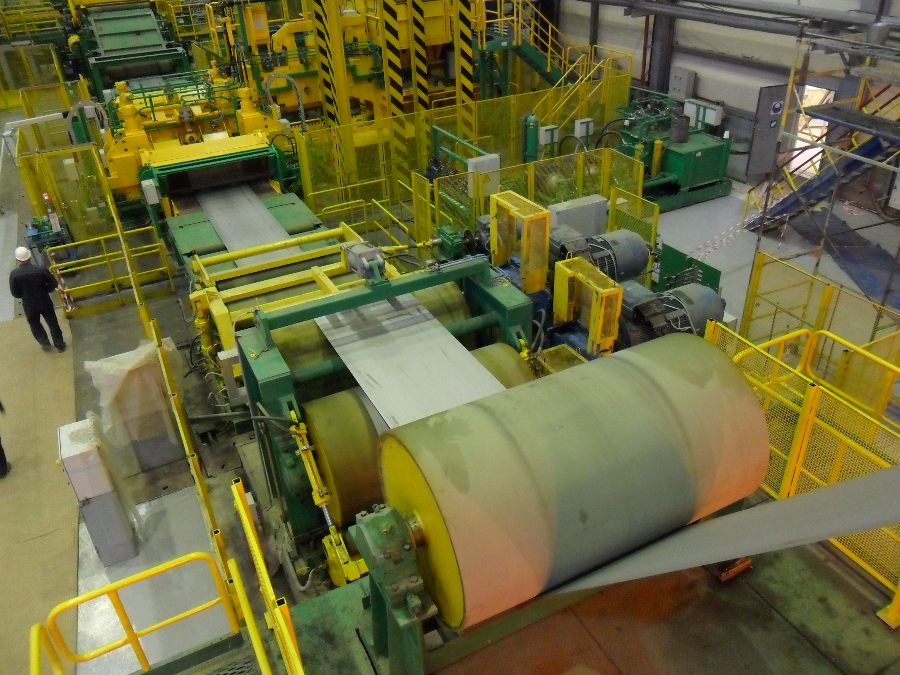 The Slitting Lines Shop No.11 was chosen for the work since it is one of the leading shops in the MMK. Since 2011, cold-rolled galvanized sheet has been manufactured there; production is carried out using modern equipment from the well-known company SMS Group, Germany, a SUSU partner. It was these units that formed the basis of the Digital Twin.

Equipment operation data is transmitted by special sensors. For example, they monitor pressure and vibration. A laser sensor monitors the wear of the surface of the transport roller, which is included in the belt tensioner No.8. In total, there are 39 such rollers along the entire rolling line. The data is processed by an artificial neural network, for the creation of which Candidate of Sciences (Physics and Mathematics), Senior Fellow at the Department of System Programming of the School of Electronic Engineering and Computer Science Valentin Golodov is responsible.

The selection of sensors, their testing and further installation on the units was carried out by Candidate of Sciences (Engineering), Deputy Dean for Research at the Faculty of Aerospace Engineering of the Institute of Engineering and Technology Aleksei Erpalov, and a representative of SIGMA company (an external partner of SUSU) Vitalii Vasilev. The state of the equipment with no sensors is predicted by a mathematical model; and it is again Aleksei Erpalov who is engaged in this work. 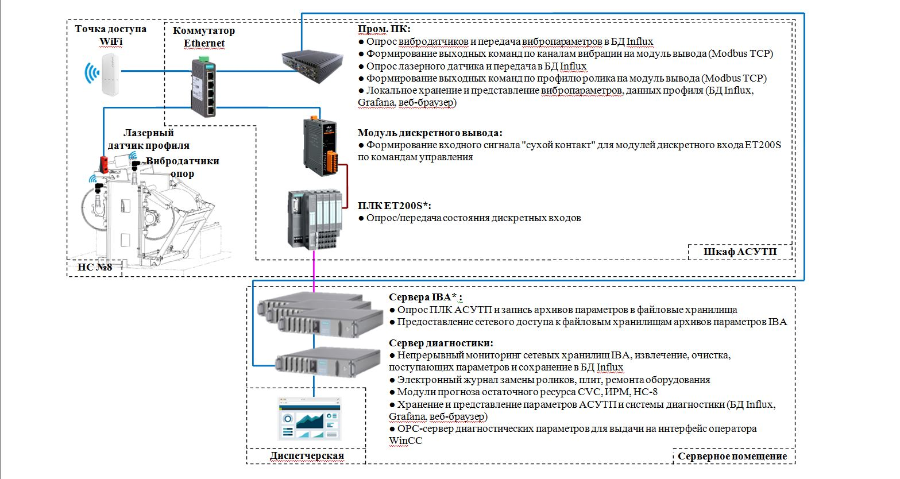 Digital twin as salvage for manufacturing

"I myself have worked in production for many years, so I can authoritatively state that digitalization of all manufacturing stages, from the receipt of raw materials to the assessment of the quality of products, is vital. An enterprise, using such a system, receives a reduction in equipment downtime and a reduction in product rejects, thereby saving financial resources. Despite the fact that the SUSU staff working on the project are primarily scientists, everyone is focused on the final practical result, which would be beneficial," added Ramil Zakirov.

The launch of the Digital Twin for the equipment of the MMK's Slitting Lines Shop No.11 is scheduled for 2021. Employees of South Ural State University will guide the project, regularly analyze the data received from the sensors, and make the necessary adjustments. The Magnitogorsk Iron & Steel Works is heading towards digitalization of its production, and the SUSU team hopes for further cooperation with this major iron and steel works plant.

Research in new technologies is among the priorities of the World-class Ural Interregional Research and Education Centre for Advanced Industrial Technologies and Materials (UIREC), which is currently being created by the joint efforts of Ural Federal University, SUSU, other regional higher educational institutions, the Ural Division of the Russian Academy of Sciences, and industrial corporations from the Chelyabinsk, Sverdlovsk and Kurgan regions.