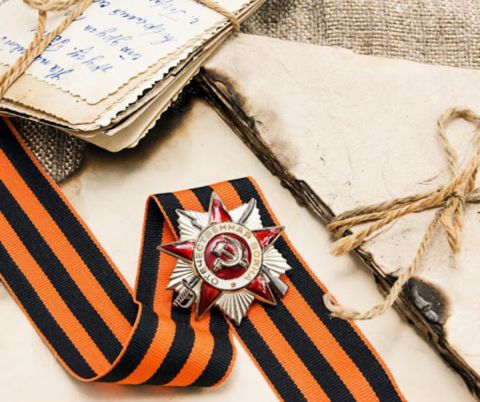 The "Let's Remember Everyone by Name" portal has become a laureate of the National Recognition award, having won in the Cultural and Educational Project category. The project was created by a team of the Ministry of Information Technologies, Communications and Digital Development of the Chelyabinsk Region, the State Committee for Archives, and the Chelyabinsk Regional Centre for Navigation and Information Technologies, jointly with the project team of the SUSU Boiling Point, as well as with the active participation of the Department of Applied Mathematics and Programming and the Department of Information Technology in Economics.

The "Let's Remember Everyone by Name!" portal was created at the instruction of the Governor of the Chelyabinsk Region Alexey Texler for the 75th Anniversary of Victory in the Great Patriotic War. The portal is designed to honour the contribution of every resident of the Chelyabinsk Region to the Victory and to tell the story of those who did the glorious military and labour deeds in the name of their Motherland. The portal provides information on more than 255 thousand residents of the Chelyabinsk Region - participants of the Great Patriotic War. The "Let's Remember Everyone by Name" presentation of the project can be found on the web-site of the contest.

The history of the project began with the IT Prospects School organized by the University Boiling Point at SUSU in 2019, under the financial support of the Federal Agency for Youth Affairs (Rosmolodezh). The academics in the field of Business Informatics Vadim Kosterin and Olga Buslaeva, as well as the Director of the Institute of Natural Sciences and Mathematics Alena Zamyshlyaeva, and academic staff of the Department of Applied Mathematics and Programming Marina Sartasova and Andrey Demidov actively participated in the work of the School. It was a project of practice-oriented learning, which could not be fulfilled without the support of the university as represented by the Vice-Rector for Research Anton Korzhov, Vice-Rector Student Affairs Vyacheslav Burmatov, and such IT companies as: INTEC Internet Agency, Digital agency Xpage, FUSE8, Applied Technologies, Ltd., and the Chelyabinsk Regional Centre of Navigation and Information Technologies (i-Territory).

At the opening ceremony of the School, the then First Deputy, and now the Minister of Information Technologies and Communications of the Chelyabinsk Region Igor Fetisov, gave a welcome speech and spoke on the fact that the Ministry is currently implementing a large number of projects and encouraged the students to improve their knowledge in the IT field, and then apply their knowledge while solving burning issues of our region and our country.

Aleksandr Tkachikov, a leading developer of the i-Territory company, which is a subordinate organisation of the Ministry of Information Technologies and Communications of the Chelyabinsk Region, spoke at the off-site session of the School. He shared on the interesting project "Let's Remember Everyone by Name!" aimed at marking the 75th Anniversary of the Great Patriotic War, and invited everyone to participate.

“It was a good experience for students to take part in a real project, in which they independently assigned roles, set tasks and managed the control over them, and also put into practice the knowledge that they received at the university. All the participants worked on the project for three months and devoted all their free time to it. This project showed the successful collaboration between the students and IT companies. It is so nice that their work was appreciated in the national voting within the all-Russian competition of PROF-IT,” said the head of the student team, Candidate of Sciences (Engineering), Associate Professor of the Department of Applied Mathematics and Programming, Deputy Director of the University Boiling Point Elena Bunova.

Upon completing their training at the School, the students of the Business Informatics programme and the Department of Applied Mathematics and Programming dived into a new interesting socially significant volunteer project on the development of the "Let’s Remember Everyone by Name" portal, jointly with i-Territory company. Over three months, SUSU students, under the guidance of i-Territory and University Boiling Point staff members, have been creating the project: they parsed data and developed an interface, what resulted in a social project of searching for heroes of the Chelyabinsk Region "Let’s Remember Everyone by Name!".