Sergei Vaulin: “Much of What We Can’t See or Hear Now Is Still to Be Discovered” 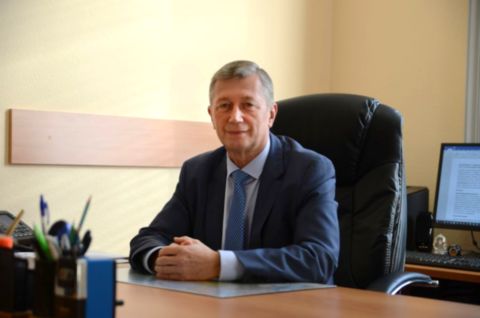 Are we alone in the Universe? Every person asks him/herself this question sooner or later. That is why it is especially fascinating to hear an answer to it from a rocket engineering specialist, someone who studies the Cosmos professionally, a “top-secret physicist”. Director of the SUSU Institute of Engineering and Technology , Professor Sergei Vaulin shares on why his lips were sealed during the defence of his thesis, whether it is hard to keep a military secret, and whether it is possible that our world is multidimensional.

Sergei Vaulin is Doctor of Sciences (Engineering), Professor; corresponding member of the Russian Academy of Rocket and Artillery Sciences; Director of the SUSU Institute of Engineering and Technology; Vice-Rector for Research and Education Centres and Complex Scientific and Engineering Programmes; Head of the Department of Aircraft Engines; and author of more than 150 scientific publications, including 4 monographs, 10 study guides, and 10 patents for invention.

After finishing school with honours, Sergei Vaulin chose to enter the Faculty of Engines, Devices and Automatic Machines at the Chelyabinsk Polytechnic Institute or CPI (now, SUSU). Rocket engineering. It was so fascinating! An advanced field; and the secrecy and classified information – all of that only sparked the interest even more. And, of course, young guys were serious about studying this equipment. They were literally dreaming about rockets, spacecraft, and everything related to that.

– Could you imagine back then that you would become a leader of this level, and would be heading an institute?

– Not at all, I didn’t even think about it [laughs]. After graduating from the CPI, I was assigned to work on rockets at a mechanical engineering design bureau (now, the Academician V.P. Makeyev State Rocket Centre). As a staff member of the reliability department, I participated in the engineering of the “Typhoon” complex. These were powerful sea-launched ballistic missiles to be used for the range of 10000 kilometres and intended for the largest submarines in the world. Then I returned to the university because I was really taken in by science, which I had been into very seriously as a young man.

– Is it a classified information, the research that you were doing once back at the university?

– I’m already permitted to disclose it. Those were the issues of emergency cooldown of submarine reactors. I defended my candidate thesis. The defence had to take place in Sevastopol, in a field-specialized institute, but the dissertation council was closed; so, I had to re-word the title of my thesis, for it to sound more civilian rather than military. During the defence of my thesis, I could not answer certain questions because the information was classified. So, my lips were sealed, and the audience did not react well to it. The defence was successful, though the dissertation council members remained unhappy to a certain degree since I had to avoid giving direct answers to questions.

– Couldn’t you just tell them that it was a “military secret”?

– And all would’ve been over for me right there and then [laughs]. Despite the fact that it was already the year of 1988, the governmental policy was still very severe about things like that. Only in the 90s things began to thaw a little bit, though for some people it ended very badly nevertheless. Particularly for those who did not understand that despite the relaxation of the rules, they were not allowed to disclose top-secret information. There were trials underway.

– Is it hard to keep a military secret?

– You get used to it from the very first years of your studies, so it’s not that hard after all. The Military Education Department, which we all were sent marching to, also had a very high level of secrecy, and we all had to sign relevant documents. We were studying in closed classrooms. There was a watch on duty, and you could enter or exit only by presenting your ID card. We were very seriously trained to be responsible at the institute; and, when I came to work at the design bureau, the things became even more serious.

It’s some kind of an in-built stopper, which makes you filter the information you are going to give out. For instance, during the defence of my thesis, when I had to avoid answering, I was asked ‘Why heat pipes working without pumps are needed for cooldown?’. I couldn’t possibly answer that when a submarine sinks to the bottom, it must do it quietly. 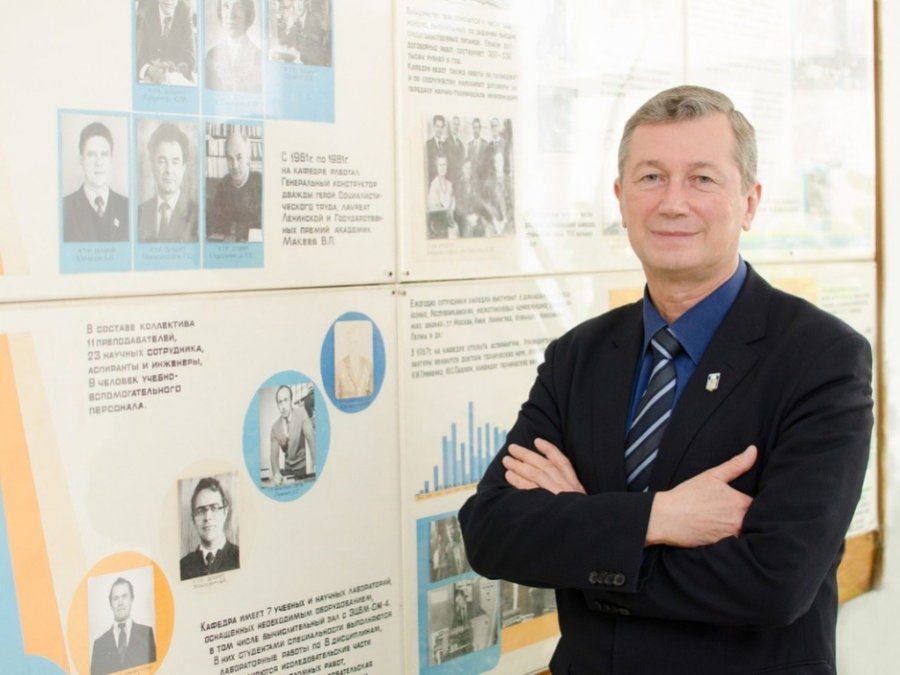 Mysteries of the Ancient Times

– Since your activity is related to the Cosmos, I can’t help but ask you this question: Are we alone in the Universe?

– That’s a complicated question. It’s hard to give an unambiguous answer to it. If we address the certain informational part of it, then there is a chance that we are not. If our world is not a three-dimensional but a multidimensional one, and there exists a dimension where “alternative creatures” live, then they might have some influence on us. We can’t get “there” to them yet, but “they” already probably can get here to us.

Religions could not emerge out of nowhere. People were in need of something that would explain the incomprehensible events and facts. On the other hand, human beings have always been wondering whether we are alone or not…When I just became interested in physics, I was stunned. How could the ancient Greeks hit upon the idea that everything consists of atoms? They were talking about “small particles”. How could the ancient people get hold of this and other knowledge? Many modern terms originate from those times.

And the pyramids of Egypt. What is that? How were those built? Where did people get the technology from? How was it possible, without the equipment that we have now, to drill holes in stone to the highest accuracy? But the most interesting discovery were the radio waves. We can’t see or hear them, but they exist and have always existed. Hence the thoughts that we don’t know everything about the information field as of yet. Much of what we can’t see or hear now is still to be discovered.

Step by step, science learns new things. It gradually opens new doors: first, second, third…But it’s still a long way to go to the highest heights. Look, what cataclysms the Earth is going through, and we can’t do anything about it. NOT A THING! Speaking of COVID, there are many various theories, but nobody knows what it is exactly. Its nature is more or less clear, but where it has come from and why – that is a big question?

– They may be interpreted differently. It may be just the flight of fantasy of the ancient painters. Scientists try to come up with explanations matching their scientific concepts. While ufologists don’t have any doubts whatsoever as to the meaning of these paintings. They can even name the exact number of the worlds – this has always left me speechless. But there are other, practical explanations of facts and phenomena. And then we hear something like ‘Those are no spacesuits and helmets, but mere crowns or head-bands…’. 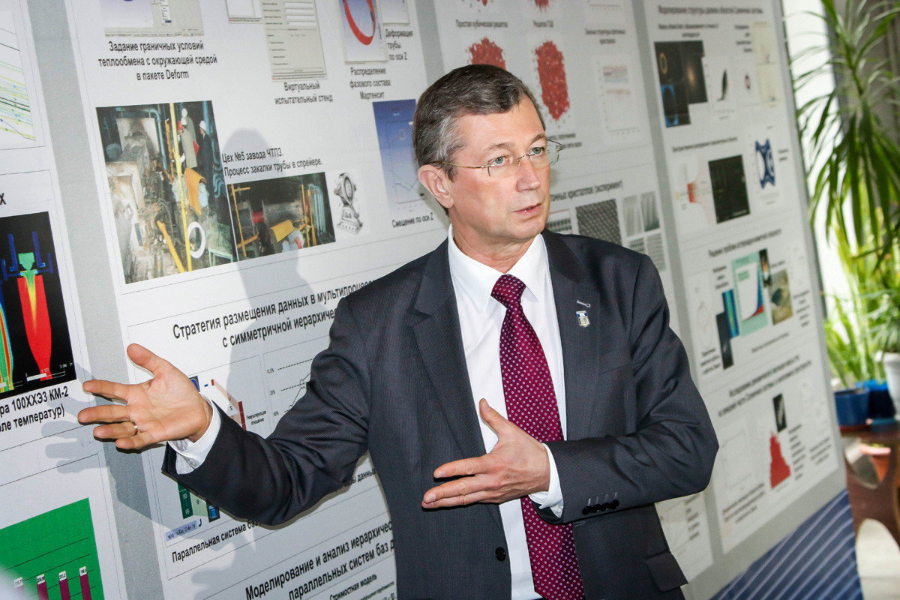 – You say, religions could not emerge out of nowhere. Are you a man of faith?

– If you would’ve asked me this six months ago, I’d have answered that I am. But currently I’m reflecting on this topic, these are my internal speculations. For about three years I’ve been studying the Bible, and I’ve read it from cover to cover. I wasn’t just reading, I was comparing, cross-checking, and analysing it. And…I’m still reflecting. I would also like to read the Quran.

– Have you ever happened to make a discovery?

– But this is an ultimate point in scientific creative work, a scientific feast if you please. There are very few true discoveries made over the whole time period that since exists, they can be counted on the fingers. We are talking about the discovery of a big path, big space for scientific progression. No, I haven’t made such a discovery yet.

– Well, we can’t really say “would like”, right? It happens regardless of your wishes. You just do science, and strive to comprehend something that people before you have not managed to understand. If you succeed – good for you; and if you don’t, then maybe it was not meant to be.

– What are Russia’s prospects in terms of aircraft and flights? Is it a military secret, or not? Will we fly to the Moon, or to Venus?

– I think, we will. Our country has a huge potential! And not just in ballet… – in science and engineering as well. The Americans try to copy many of our technologies, but unsuccessfully. They can’t engineer such engines and rockets that we do. The Soviet Union and the USA have moved (with a certain degree of competition) along a bit different paths for a long time. This competition led us both to colossal successes. And then, when the USSR collapsed, our potential decreased, of course.

Many of the scientists and enterprises found themselves beyond the boundaries of the Russian Federation. Our country was setting different goals and tasks before itself, and science rolled to a stop, I would say. Though not to a full stop. Scientists and design bureaus continued to work and engineer different variants of spacecraft and missiles. You must have seen for yourself the breakthrough that we’ve had in this field. Vladimir Putin voiced it all last March. Everyone was astounded by the “Sarmat” and other developments, which turned to be a surprise for the West. People there still don’t believe that it’s true. Too bad, they don’t.