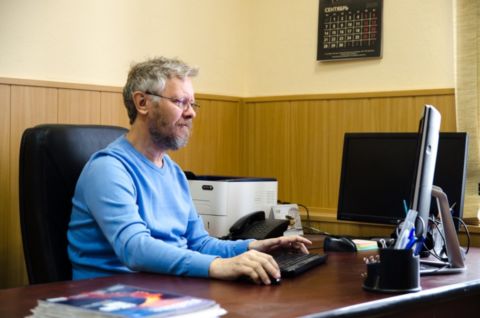 Researchers from South Ural State University are investigating how groups moved across the territory of the South Ural region in the Bronze Age, and where individuals came from.

Our university received a grant to develop a big project which will make it possible to follow the migration of ancient people and will become the foundation for future research in this field for different territories. The project is headed by the lead researcher of the Eurasian Studies Research and Education Centre, Doctor of Sciences (History) Andrey Epimakhov.

- The Russian Science Foundation supported the project "Migration of human collectives and individual mobility in the framework of multidisciplinary analysis of archaeological information (Bronze Age of South Ural)". Please, tell us about this project.

- Mobility is a quality inherent to humanity, one of the main mechanisms of its adaptation. We can say that we are not only homo sapiens, but also homo mobilis. However, very little is known about human migrations today. And within this project, we intend to determine how the population moved within a relatively small area, the Chelyabinsk Region.

Migrations have occurred in every historical period and continue to occur, but we have chosen the Bronze Age for our study. The fact is that this epoch is the most well researched one in the South Urals, which means that we will have more objects for analysis.

At the same time, the team is faced with the task of creating a tool to diagnose the degree of mobility in the past, as well as developing the methodological aspect for future studies.

- What is the essence of the tool for diagnosing the movement of peoples?

- The tool is a basic map on which we can "superimpose" the samples found during excavations to determine how they appeared in the area being investigated. Due to the very complex geological structure of the Urals, it is easier to investigate this question. After all, rocks affect the microelement composition of water, soil, plants, animals, and humans. And if the composition does not coincide with the local composition, we will be able to analyse which territory it is closer to.

- Have such studies been conducted before?

- Yes—researchers in Europe, Central and South America already have experience in these studies. In Russia, initial research has been conducted in the North Caucasus. Several dozens of samples were taken for study there. In our case, we are talking about several hundred samples. We will have a much more detailed and accurate picture. The task is not just to prove that this approach works, but also to show how the population of the region moved.

- What is the relevance of this project?

- Scientists have been discussing large migrations for more than 200 years. We do not have a complete picture of the spread of languages and different races in the past. Specifically, with the Bronze Age, there are actually no peoples that have survived since then. Therefore, scientists propose hypotheses and try to prove them. The more tools the researchers have, the more reliable their conclusions will be. Our work will provide such a tool. 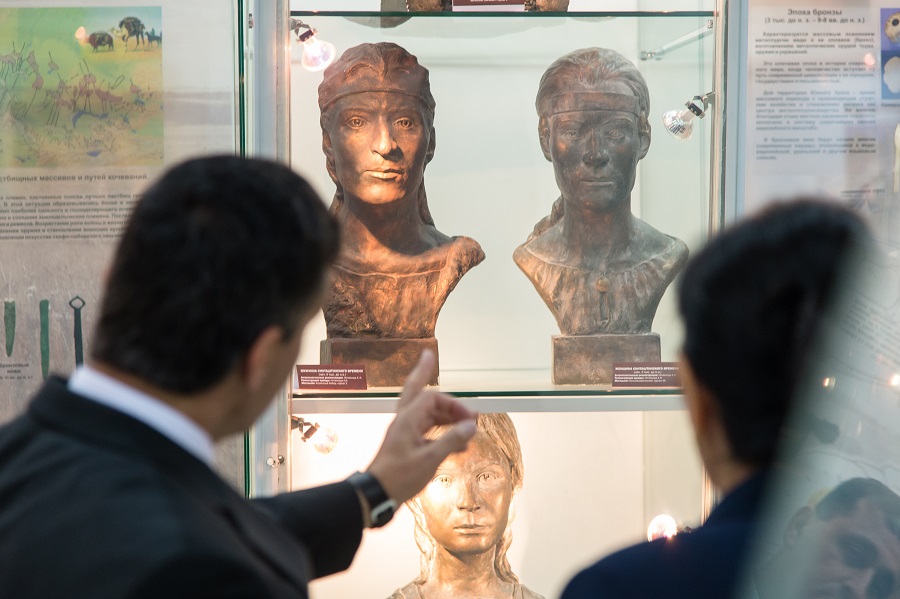 Photo: A man and woman from the Sintashta times (the Bronze Age)

- What is the work within this project based on?

- The methodology of our project is based on the work done by our foreign archaeology colleagues. They have more experience in studying migration and a fundamentally different survey of territories. Maps, which we have yet to create, they obtained decades ago. We intend to adopt this useful experience to avoid mistakes. We will also build on the research completed by Russian geologists and geochemists in the study of the North Caucasus and the Urals. It is important to note that we do not need to contact foreign specialists to work with equipment. We have our own hardware, and all our equipment is of world class. This means that our results will be in line with the world standards and will be in demand among our colleagues.

- Who are you working on the project with?

– What are the practical applications of the results of your work?

– Archaeology is trying to recreate the diversity of life in its entirety. The level of knowledge available to us has been reflected in the eight-volume work History of the Southern Urals. Now we are moving to a new level, creating the basis for a large number of our research projects and the work of other specialists.

If our tool will be competently methodically composed, this work can be translated to any territory: the Altai or Volga regions, or Central Kazakhstan...As soon as we are able to cover a large area with this network, we will stop arguing about the origin of different peoples and learn who came to the investigated territory and from where, and who is a native.

- Are the results of the research conducted within the project being prepared for publication now?

- Several scientific articles related to this topic will be published in 2020 and 2021. We are preparing the results of research on the diet of ancient people for publication. We performed radiocarbon dating and investigated the isotopic composition of bones in order to determine what the buried Bronze Age representatives were eating a few years before their burial. This information is stored in the bones and teeth. Within the same group, a difference in these indicators was noticed, and we were working on determining the reasons for these differences.

At the same time, we completed a study on tooth plaque. Microelements are stored in plaque, which can also be used to diagnose what a person ate. The microelement composition makes it possible to trace their connection with the local area. The project was fulfilled in cooperation with the Max Planck Institute in Germany.

- Are there any other new projects in which SUSU archaeologists are participating?

- Yes, the second project is supported by a Ministry of Science and Higher Education state assignment. It involves the study of the development of global and local world-system for the territory of the South Urals. American scientist Immanuel Wallerstein believed that world-system emerged in the 14th–16th centuries, but this cannot happen without ancient origins. It is possible that world-system, i.e. the sum of material world connections, originated in the Bronze Age. We must determine what kind of connections were present in the South Urals during this period, and how the local system relates to the global system. This project is more historical than archaeological, so SUSU historians will be the ones to decide.

South Ural State University is a university of digital transformations, where innovative research in most priority fields of science and technology is conducted. In accordance with the strategies for scientific and technological development of the Russian Federation, the university is focused on the development of major scientific and interdisciplinary projects in digital industry, materials science, and ecology. Within these directions, SUSU researchers are investigating the objects of metallurgy, mechanical engineering, power engineering, housing and communal services, safety of urban infrastructure, and human comfort.

SUSU is a participant of Project 5-100, the goal of which is to enhance the competitiveness of Russian universities among the world’s leading research and education centres.