How to Make Urban Greening in Chelyabinsk Work Better 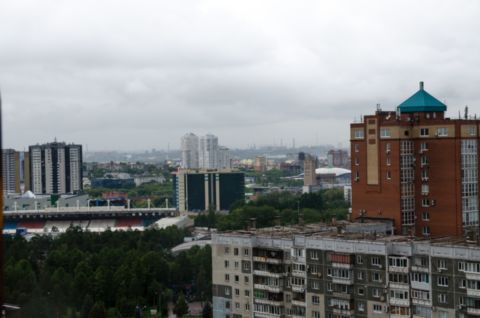 The development of the “Smart City” concept is not over yet. Scientists from the Institute of Natural Sciences and Mathematics have estimated the scale of urban greening and found out how it affects the improvement of air quality in Chelyabinsk. The results of the research were published in the highly rated scientific journal “Biodiversitas. Journal of Biological Diversity "(Q1).

Chelyabinsk is a typical industrial city in Russia. Up to a third of days a year, there are unfavorable meteorological conditions in the city, when the probability of exceeding the maximum permissible concentrations of pollutants in the air increases. There are 8 stations and several mobile laboratories for monitoring the air condition in the city. The most dangerous air pollutants are formaldehyde, hydrogen fluoride and nitrogen dioxide. PhD, Associate Professor of the Department of Ecology, Management of Natural Resources and Chemical Engineering Tatiana Krupnova conducted a study and proved that urban greening reduces the negative impact of air pollution and has a positive effect on the citizens’ health.

“In our study, we assessed the relationship between landscaping and air pollution near environmental monitoring stations. The aim of our study was to improve understanding of the impact of urban land use and vegetation on air quality in Chelyabinsk. The analysis of the data obtained showed that the lowest levels of pollution are typical for areas with high greening rates,” Tatyana Krupnova said.

This study is especially relevant to the smart city concept in Chelyabinsk, including in the direction of creating an ecologically safe urban environment. 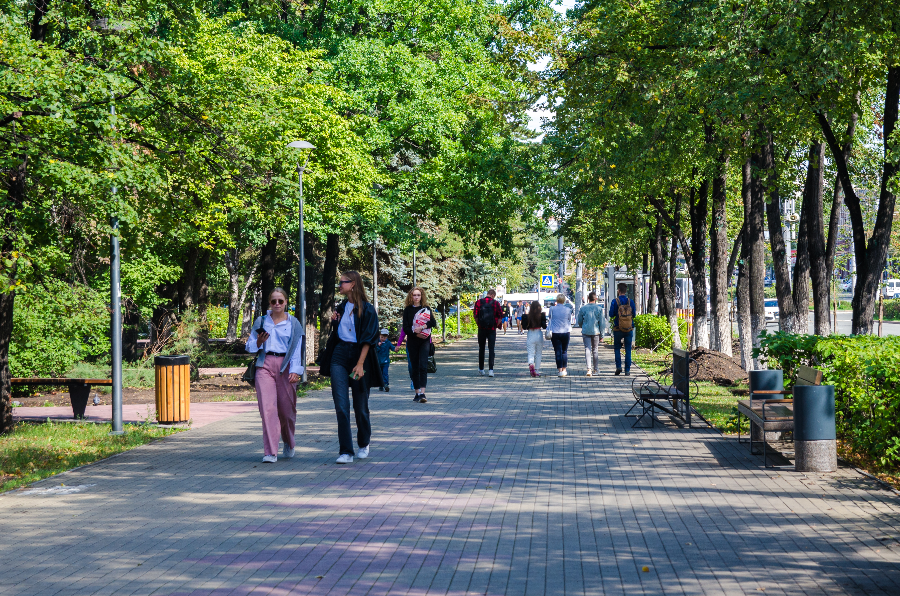 Air pollution is one of the most dangerous factors affecting human health. In industrial cities, there are many sources of air pollution, such as transport, industry, thermal power plants. It is well known that urban greening and urban forests can reduce air pollution. But a competent and smart approach is important.

“Greening forms the so-called urban-ecological framework of the city. According to modern ideas, choosing the wrong type of landscaping can be useless and dangerous. For example, in an urban setting, tall trees and large buildings form street canyons. These canyons formed by tall trees planted along highways, actually concentrate air pollutants, which becomes hazardous to the health of pedestrians. Choosing an effective strategy for greening is not an easy task,” Tatiana Krupnova explained.

Chelyabinsk is a prime example of the fact that traditional approaches to greening  do not work. So, on the territory of our city there are 14 urban forests and two pine forests, the specific coefficient of green area per capita is quite high. But this does not mean that the situation with the greening of the city is satisfactory, since the values ​​of the coefficient vary greatly from district to district of the city. The issue is especially acute in the new areas without green spaces. An ecological framework has not been formed in the city, and a scientific approach is not applied to the choice of greening strategy.

It is necessary to look after the already existing green areas, carefully choose such trees and plants that can effectively neutralize harmful substances in the atmosphere. Consideration should be given to special protective green areas near the enterprises that are the main sources of emissions, as well as green spaces along the main transport routes of the city.

Scientists note that while urban greening is a great way to reduce air pollution, there is certainly a direct way to improve urban air quality by reducing industrial and transport emissions.

The authorities of Chelyabinsk have been implementing the Smart City project since 2019. The project provides for a number of measures aimed at improving the urban environment, public transport, and the environmental situation. South Ural State University provides expert assistance, conducts scientific research to make the city safer and more technological. Research in the field of ecology is one of the three strategic directions for the development of scientific and educational activities of South Ural State University, along with the digital industry and materials science.

SUSU is a participant of 5-100 Project, intended to increase the competitiveness of Russian universities among the world's leading research and educational centers.