On September 11th, the reproduction of the painting "Reunification of the Volga Peoples with Russia" by the outstanding national artist Vasily Neyasov (1926 - 1984) was opened in the reading room of the SUSU Library.

In 2008, the Art Gallery of South Ural State University hosted an exhibition dedicated to the works by Vasily Neyasov, which presented two large pieces of cardboard, which was the preparatory stage of the work on the painting "Reunification of the Volga Peoples with Russia”. In addition, the exhibition included drafts, sketches, and outlines made in the period of preparation for the big canvas painting. Unfortunately, there was no one who would finish this painting after the death of the artist. However, his daughter Olga Neyasova-Gladysheva, who donated the presented works to SUSU, shared her plans to revive the cultural heritage at that exhibition.

More than ten years have passed. Today, the Department of Theology, Culture, and Arts of the SUSU Institute of Media, Social Sciences and Humanities has presented to its visitors a huge canvas of sketches and drafts by the master, collected together in one whole.

"The idea to give dimension to the creation, on which the artist worked for 35 years and did not finish, belongs to SUSU President German Vyatkin. When Olga Neyasova-Gladysheva, the artist's daughter, donated her father’s unfinished painting, German Vyatkin immediately decided that it was necessary to revive his work. He invested his whole soul into it. We already know that if German Vyatkin has something in mind, he will not back down until he achieves it.

Five Master's degree theses were defended at the Department of Theology, Culture, and Arts of SUSU on the works by Neyasov. The Master’s degree students presented the department with a reproduction of the painting "Reunification of the Volga Peoples with Russia" of medium size, and the Director of the SUSU Art Gallery took up the task of painting a large-scale reproduction," said Doctor of Sciences (Art History), Professor, leading researcher of the Cultural Theory and History Research and Education Centre Nataliia Parfenteva, sharing with us the story of the reproduction.

During the ceremony, words of gratitude towards German Vyatkin were offered several times:

“I did everything to make sure this event took place: for a long time I wanted the university to have a powerful painting with multiple subjects, that the first sign appeared, and a precedent was created. I could not even imagine such a result. The artists managed to pass on what the author had in mind — it is an exact copy of what the artist had imagined during the completion of the preparatory stage," said the President of SUSU. 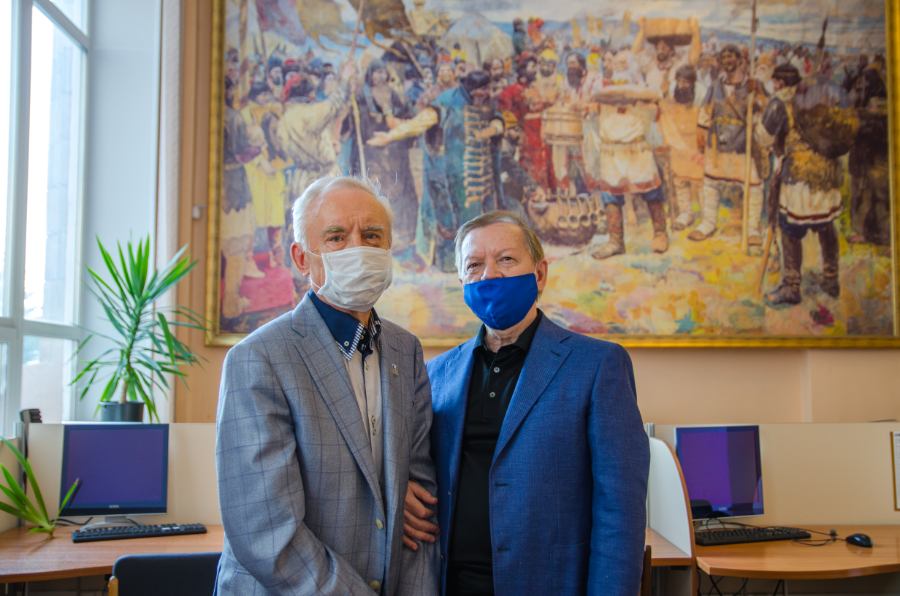 Many warm words were said about the artist and the role his work played.

"Thanks to this reproduction, the scale of the master's personality became clear. The plot is now relevant more than ever: peoples have been reunited, they found a common culture and identity, and they have started off together through life. We are talking about a historical event—the accession of the Volga to Russia—it was a powerful moment that gave an impetus to the development of our country," said Nataliia Parfenteva.

The daughter of the artist Olga Neyasova-Gladysheva is sure that her father's long work will now live through time. And the young generation, students, will have the opportunity to see the story, which the artist wanted to tell.

The opening of the reproduction was attended by Anatoly Kostyuk, the chairman of the Chelyabinsk Regional Division of the All-Russian creative public organisation the “Union of Russian Artists”:

"I would like not only to congratulate us on this event. The creation of a large reproduction is in itself original, unusual and significant, and not only for Chelyabinsk. A great deal of the preservation of an artist's heritage depends on his relatives and friends. Many thanks to Olga Neyasova-Gladysheva, who is an artist herself and loving daughter.

We live in a time when state public organisations, which are called upon to preserve cultural heritage, are experiencing certain difficulties. I am glad and happy when new venues appear, and new people, who don’t just provide opportunities to show art and are engaged in its preservation, but the university is also actively engaged in the scientific study of artists in general, not just Neyasov. I hope that this work will continue in the future.” 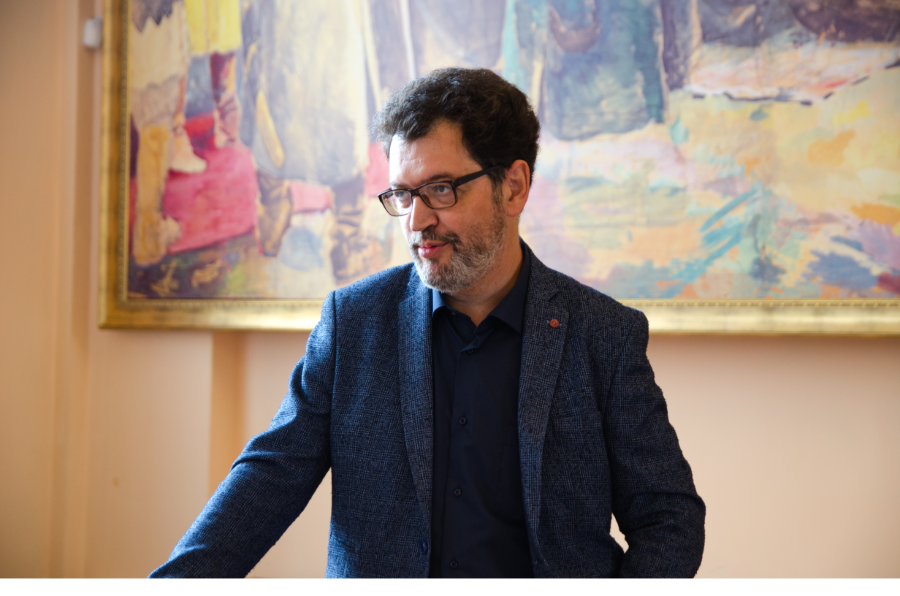 Lidiia Lobodenko, Director of the Institute of Media, Social Sciences and Humanities of SUSU, noted the important research and scientific activity of the Department of Theology, Culture, and Arts:

"Today a very significant event, for which the department has been preparing for more than one year, has taken place. It is very good when there are people—professionals of high level—who care deeply about their work. Preservation and study of the cultural heritage of the South Ural region and Russia is an important field. It is reflected not only in practical activities, but also in research, the results of which we can observe in publications and monographs."

Many of those gathered expressed hope that a new large-scale masterpiece will appear on the opposite empty wall of the SUSU Scientific Library. 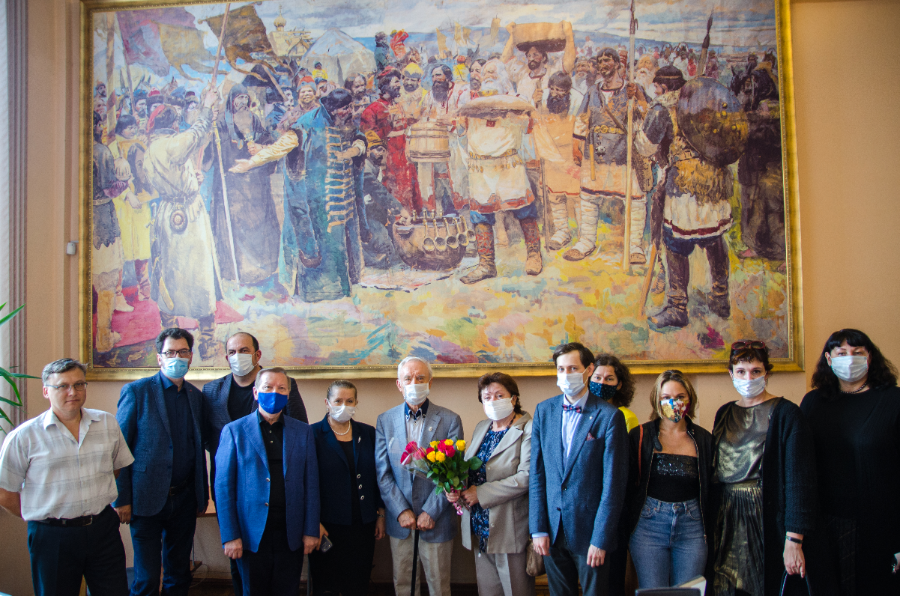