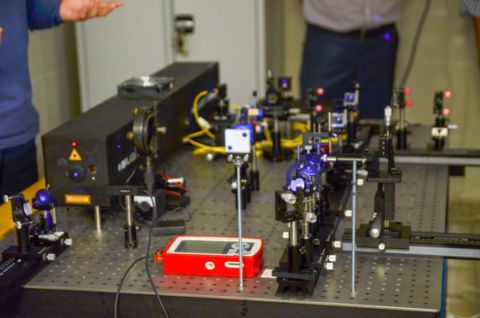 For the new academic year the Laboratory for Quantum Information Processing and Quantum Computing of South Ural State University has received new equipment to conduct research in the field of quantum physics.

The team of researchers of the SUSU Institute of Natural Sciences and Mathematics headed by the Doctor of Sciences (Physics and Mathematics), Professor Sergei Podoshvedov, develops technologies that will form the basis of an optical quantum computer. The scientists have been able to conduct theoretical research until recently, but after purchasing the new equipment, new bright opportunities have opened up to test their theoretical conclusions in practice.

The Laboratory of Quantum Information Processing and Quantum Computing was established at SUSU on March 1, 2019 at the initiative of the Rector of the university. In their work, the scientists have combined the results of their own research and the experience of foreign colleagues.

“We set ourselves up as a university that trains specialists not only for the Chelyabinsk Region and the Big Urals zone, but for our whole country. Many of our graduates work abroad, in America and Europe. Therefore, SUSU sets the following task before itself: we must be competitive on a global scale,” noted the SUSU Rector, Doctor of Sciences (Engineering), Professor Aleksandr Shestakov. 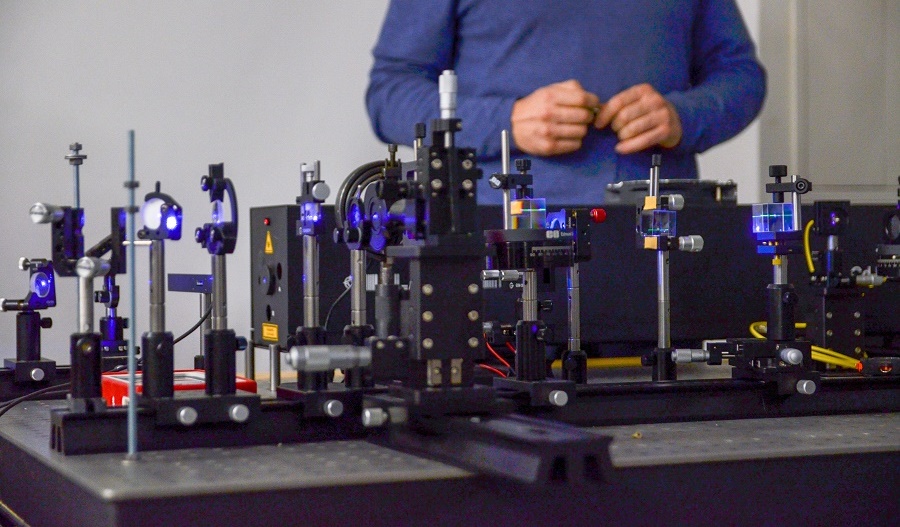 The Laboratory of Quantum Information Processing and Quantum Computing is located in the physics building of SUSU, designed in order to provide the maximum vibration protection for the state-of-the-art equipment installed there. The laboratory is equipped with a special optical table on pneumatic supports connected to a compressor, which provides active vibration protection for the equipment on the table.

In their experiments, the scientists use a helium-cadmium laser produced at the “Plazma” national enterprise. These gas lasers have high radiation stability and high coherence. The key moment for the implementation of the quantum protocol is the presence of two SPCM-AQRH-13-FC detectors manufactured by Excelitas and purchased by SUSU specifically for the laboratory. Optomechanical equipment makes it possible to carry out all the necessary unitary transformations with light before the information is extracted from the physical system (from the system of photons) by means of detectors.

“At present, our experimental efforts are aimed at creating a deterministic source of entangled light regardless of the initial conditions. To build this source of entanglement on demand is a key to the practical implementation of all quantum protocols, including the creation of a quantum computer. The experimental part of the laboratory's work was initiated by theoretical research of the laboratory. The employees have already received theoretical results on this topic (published them) and are striving to put their theoretical ideas into practice. This is a new and fresh moment in the field of optical quantum technologies, including the implementation of a quantum computer,” explained the head of the laboratory Sergei Podoshvedov. 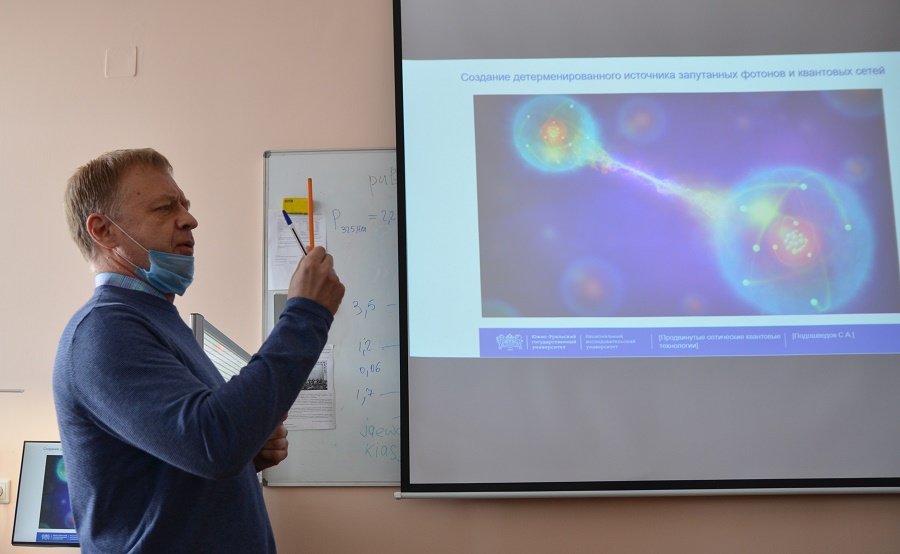 According to the research carried out in the laboratory, 4 articles have been published in top-rated scientific journals registered in the scientometric database Scopus (Q1), including one article in the Top 10 in Scientific Reports. The researchers hope that the experimental results will coincide with the previously obtained theoretical results. This will be a big step forward in new optical quantum technologies. Now the laboratory is working on obtaining experimental data using new equipment that the university has purchased for the laboratory. This became possible thanks to the initiative of the Rector and the coordinated work of the university administration. After the start of experimental work, it will be possible to talk about the creation of a fully functional laboratory that will be able to obtain its own theoretical results and implement them in practice, providing the researchers with the opportunities for their professional growth.

Research in the field of Digital Industry is one of three strategic fields for the development of scientific and educational activities of South Ural State University, along with Ecology and Materials Science.

SUSU is the participant of Project 5-100, which aims to enhance the competitiveness of Russian universities among the world's leading research and education centres.