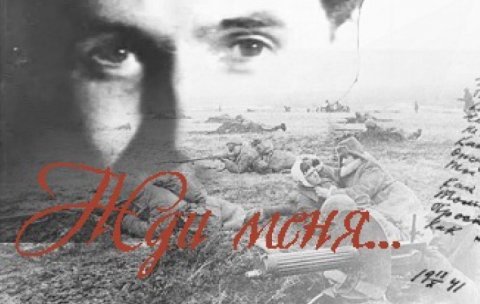 Marking the 75th Anniversary of Victory Day, the Department of Russian Language and Literature of the Institute of Media, Social Sciences and Humanities has prepared the Great Literature on the Great War series of information materials about writers who went through the war and devoted their works to this topic.

For many years now, the Department of Russian Language and Literature of the Institute of Media, Social Sciences and Humanities has been engaging in the military topic while training the students in the field of philology and journalism. Within the framework of the programme, where the Russian literature of the 20th century is taught, Tatiana Semyan, Head of the Department, Doctor of Sciences (Philology) and Professor delivers lectures on literature dedicated to the Great World War.

The first series material tells about Chelyabinsk poets, who put a lot of emphasis on the topic of the war in their works. 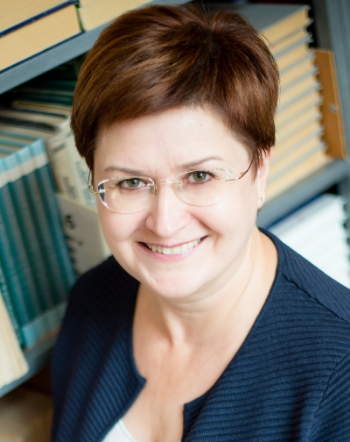 URALS — FOR THE FRONT!

“There is no family in Russia, who would forget their hero…”, the poet cited the lyrics of the famous song from the Officers film, which everyone loves. Indeed, every family in our country has a war hero, who died at the battlefield or came back home with victory. That is why we have our own personal, hard-won attitude towards Victory Day.

Each family tries to preserve the memory of the heroic deeds of our nation: they keep the photos and letters from the front by their relative, who fought in the war, they sing songs about a Soviet soldier, and cry over the films about war.

Since a very young age our children learn poems about the Great World War. For poets, who both wrote during the times of war and who write today, this topic is one of the most complicated and cherished ones.

The lines of one of the Chelyabinsk poets' works know all residents of our country. Each year, when celebrating Victory Day, we listen to the songs, such as Hot Snow and Veterans Sit with Their Arms Round Each Other. The Let Us Bow to Those Great Years song performed by Iosif Kobzon became the anthem of the front generation. Most people know, that the music to these works was composed by Aleksandra Pakhmutova, but only few remember that the lyrics belongs to Ural poet Mikhail Lvov (1917—1988). The real name of the poet was Rafkat Gabitov. He chose the pseudonym of Mikhail Lvov because he liked two prominent Russian writers: Мikhail Lermontov and Lev Tolstoy. Mikhail Lvov studied at the pedagogical vocational school in Miass, worked at the Chelyabinsk Tractor Plant (ChTZ), attended the well-known literary circle at ChTZ, which still exists up-to-date and is named after the poet.

Mikhail Lvov was on the battlefield. He went the path from Orel to Prague with the Guards Ural Voluntary Tank Corps, worked as a military correspondent of the Chelyabinskiy Rabochiy newspaper. Mikhail Fonotov, Chelyabinsk journalist, wrote:

“If anyone wants to learn about the generation that went through war, let them read Mikhail Lvov.”

Poet Mark Grossman (1917—1986), Mikhail Lvov’s contemporary, was fourteen when he came to construct Magnitogorsk Iron & Steel Works and worked in the Magnitogorskiy Rabochiy newspaper. In Magnitogorsk he met famous Ural poets: L. Tatyanicheva, B. Ruchyov. In 1936 he graduated from the Department of Russian Language and Literature of the Magnitogorsk Pedagogical Institute. In 1937 he moved to Chelyabinsk and worked as a correspondent in a number of papers.

Mark Grossman was also on the battlefield, that is why he put a lot of emphasis on the topic of the war. The main characters of Mark Grossman’s poems were scouts, tankmen, and pilots. The plots of the poems showed the poet’s path along front-line roads (through Karelia, Volga, Don, Poland, Czechoslovakia, and Germany). Mark Grossman was wounded twice and was awarded two medals: Medal for Bravery, and Medal for Combat Service. He worked in frontline newspapers. Since 1953 he worked in the Ural Pathfinder journal in Chelyabinsk, was the editor of the South Ural, Ural Lights and Stone Belt almanacs. Three times he was elected secretary of the Chelyabinsk Organization of Writers.

Mark Grossman was really fond of the Ural region and said: "I am proud to be a part of the land of these kind and strong people". He could leave for Moscow, where his parents lived, and his brother headed the International Department in the Questions of History journal. His daughter lived in Moscow. But, till the end of his days, he lived in Chelyabinsk, and was buried in the Uspenskoe cemetery.

The war became a milestone not only in the history, but also in the culture of our country. Many writers and poets of the South Ural region went to the frontline, among them was Yakov Vokhmentsev (1913-1979), whose life was also connected with the South Urals, and with Magnitogorsk, where many young people had been coming to in the 30s to be in the centre of the most important Soviet construction site. From March 1942 until January 1944, Yakov Vokhmentsev participated in the battles on the Volkhov Front as a junior commander. He was injured and returned from hospital in March 1944. Until the end of the war, he worked as a staff member of a divisional newspaper. After the war he returned to the editorial office of the Chelyabinskiy Rabochiy newspaper. From 1960 to 1963 he worked as an executive secretary of the Chelyabinsk Organization of Writers.

Poet Vladimir Suslov (1929-2004) was a child of war. He was born in Zlatoust and, as a young boy during the war, he worked at the Zlatoust Abrasive Plant. Suslov was awarded Medal for Valorous Labour during the Great Patriotic War. He wrote these famous lines about his military childhood:

("We learned how to work since we were young,
And were taught by the war to get up before dawn,
Blood-oozing blisters from building the mines –
It all came to us at first as a surprise.

Having used to it later and being reminded:
“Our all for the frontline”, we soon became blind
To the blood-rust that callused on our hands.
We stood strong and were proud, and had no regrets.

Proved ourselves to the victors who came back from the war,
Our hands became stronger, and the enemy was no more")

The Great Patriotic War moves modern poets as well. The famous Chelyabinsk poet, Chairman of the Chelyabinsk Branch of the Union of Writers of Russia, winner of the state prize of the Chelyabinsk Region Oleg Pavlov (1953) was the author of several poetry collections: I Will Share the Fire, Apocrypha, Izbornik, and Springs. His poem The Ballad about an Enemy-surrounded Soldier is a lyrical confession, the posthumous monologue of a soldier, who “one for all those who got caught by the enemy” tries to find his comrades and walks around the places familiar since childhood:

“I know this hill, and there beyond this hill - / There lies my village, / and my home”, but in the end he realizes that he, too, died on the battlefield.

Nina Pikuleva (1952) is known in Chelyabinsk as a children's poet. She is a laureate of the Golden Lira Regional Prize. The author of more than 100 books, Nina Pikuleva wrote the poem Tankograd. On the official website, the poet explains, first of all, to her children's audience: "My city of Chelyabinsk was called Tankograd during the Great Patriotic War, because it produced tanks at the ChTZ plant in order to bring Victory Closer".

("Without this page in our history
There wouldn't have been any Russia.
The fathers were becoming heroes,
So that their descendants could prosper!

Their deed was done for our Fatherland,
And for the future glorious days.
From the plague the whole of our humankind
With the holy tanks' armour were saved!")

Everyone who reads this poem feels the pride for their city and their country!

The list of Chelyabinsk authors, who wrote about the war, is enormous. The names include from little-known ones to those known throughout our country; those who participated in the war or worked on the homefront; and those who were born after the war, but whose genetic memory was entered by the war as one of the most important events in their national history. These are Lyudmila Tatyanicheva, Boris Ruchyov, Anatoly Golovin, Aleksandr Loznevoy, Mikhail Anoshkin, Petr Smychagin, Vyacheslav Bogdanov, and many others.

Readers are grateful to them not only for their high poetic style, for patriotic emotions and lyricism, but also for preserving the memory of the great pages of our history.

Regional Scientific Library of the Chelyabinsk Region has provided our project with unique digitized materials: collections of the above-mentioned poets.