Russian Scientists Have Patented a New Design of the Air Filter 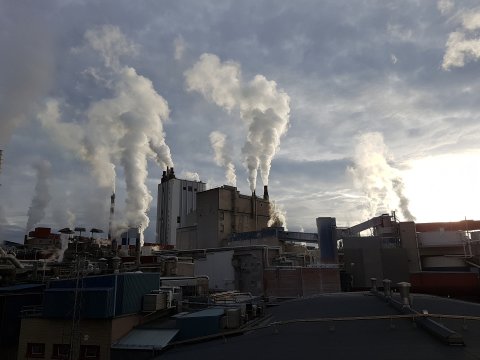 Scientists and students of South Ural State University, together with leading experts of partner enterprises as part of the project team, have developed a new filter design for efficient air purification in a closed production cycle, which in turn will significantly reduce emissions of harmful substances into the atmosphere. A patent for an air filter has been obtained.

South Ural State University has been implementing project training since 2018. Project training contributes to greater student involvement in learning, increasing motivation. SUSU scientists together with large industrial enterprises in the region, implement complex interdisciplinary projects of scientific and practical importance. Within the framework of the federal program “Research and development in priority areas for scientific and technological development of Russia 2014-2020”, D.Sc., professor of the Department of Automation Engineering of the Insitute of Engineering and Technology Dmitry Ardashev managed a group of undergraduate students majoring in design and technological support of machine-building industries. Together with Ural Engineering Center LLC, scientists and students have developed an energy-efficient and environmentally friendly closed-cycle technology for applying solid-chromium coatings. A new design of the air filter was created for better air cleaning and making the industrial process more environmentally friendly.

“As part of the project training, we implemented an interesting project on creating an energy-efficient and environmentally friendly technology for applying solid-chromium coatings. This year, of master's theses on the subject of the project are planned. A huge work preceded the project: a new technology was developed for applying hard-chromium coatings; The degree of environmental impact of the technology was evaluated; Principal design solutions for the creation of an environmental protection system have been developed; filter design was developed; the efficiency of the filter was evaluated and the amount of exhaust gases at its outlet was determined,” Professor Ardashev explains.

The technology is unique and innovative because it ensures the establishment of a closed chromium-plating process without any influence on the environment. It will make the technology more environmentally friendly significantly reduce negative effects on staff’s health. The absence of toxic chromium compounds emissions is possible due to the filter designed by the team. 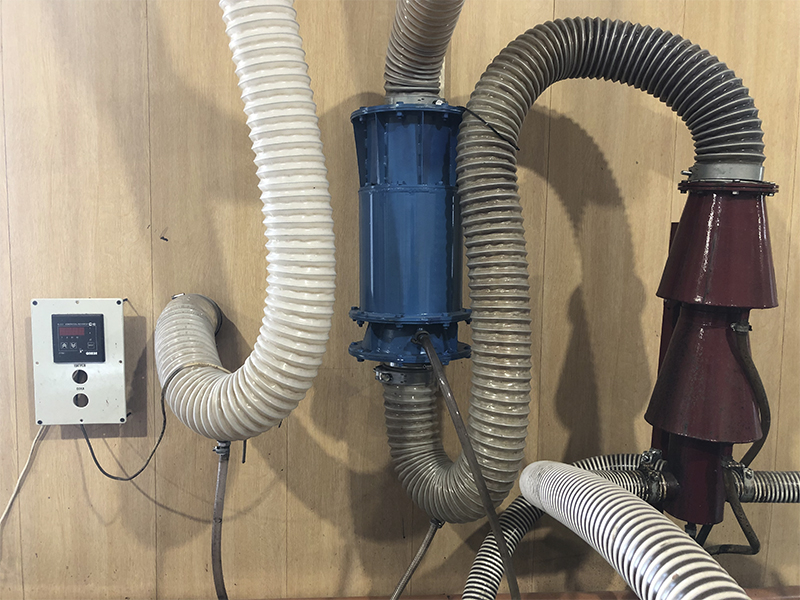 A prototype model of an air filter created in the process of operation is intended for cleaning a gas-liquid mixture from a liquid (for example, aerosols of chromium oxides and sulfuric acid). It can be used in the chemical, metallurgical, mining and processing industries and in the production of building materials.

“The new filter design allows to better capture the fumes of harmful electrolyte, in order to prevent its entry into the environment. This is achieved due to the peculiarities of the internal device of the filter containing droplet-breaking elements. The implementation of this element in the form of a disk with uniformly located tangential openings of an elliptical shape, from the periphery to the center from top to bottom and with a decrease in radius to the center, ensures dropping of liquid from the gas stream due to centrifugal forces on the periphery of the stream. Thus, liquid droplets are separated from the gas, and as a result, the gas stream is thoroughly cleaned of liquid impurities,” Dmitry Ardashev says.

The team of South Ural State University is cooperating with representatives of the Ural Engineering Center, which is the only enterprise in Chelyabinsk that has production facilities for applying hard-chromium coatings to long workpieces. The specialists, who have been working with SUSU for more than a year, are involved in this interdisciplinary project with physics, chemistry, metallurgy and engineering technology.

The work carried out by the industrial partner of SUSU involves further improvement of the technology and equipment for applying hard-chromium coatings, including the environmental protection system.

South Ural State University is a university of digital transformations where innovative research is being conducted on most of the priority areas for the development of science and technology. In accordance with the strategies of scientific and technological development of the Russian Federation, the university is focused on the development of large scientific interdisciplinary projects in the field of IT, materials science and ecology. Within the framework of these areas, metallurgy, engineering, energy, safe space of urban infrastructure and human comfort are being investigated and improved.