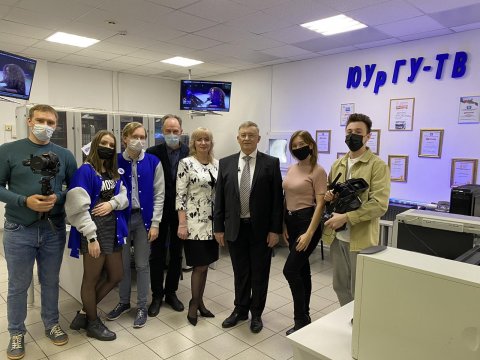 The SUSU-TV Television and Radio Company has completed its work on a big-scale project. A documentary about the Rector of South Ural State University Aleksandr Shestakov has been created. The authors of the project share on how the work on “The Rector” film was being done. 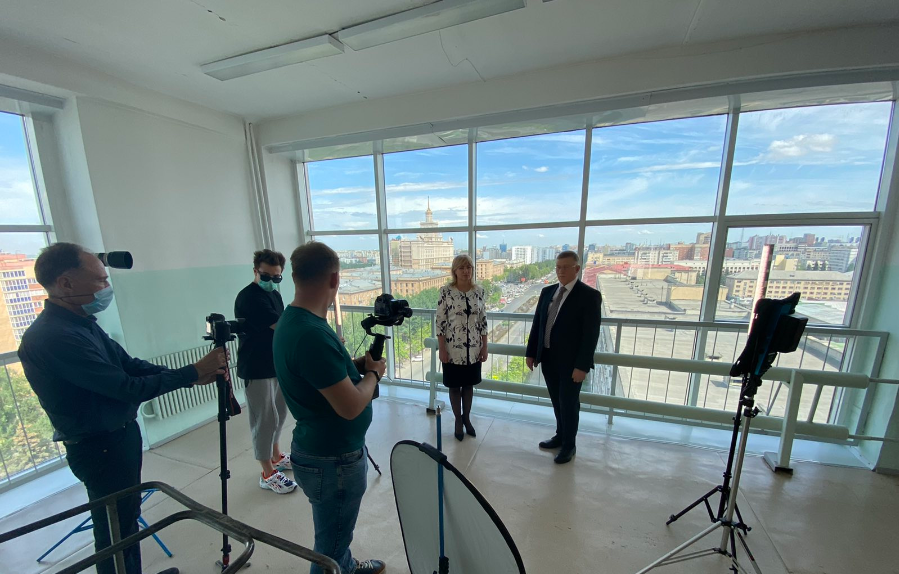 Director of the SUSU-TV Television and Radio Company, the author of the idea and producer Sergei Gordienko:

“The idea was to portray Aleksandr Shestakov not just as the head of one of the major universities in Russia, but also as a vivid personality, a very interesting man of many accomplishments, who is constantly moving forward and upwards.

To bring this idea to life, we needed a team of likeminded professionals capable of searching for fresh colours and angles, new aspects of the hero’s personality. And they needed to be doing that during the whole process of the film creation, starting from the script, shot-by-shot breakdown, shooting, and ending with editing and post-production. But with the diversity of the view points and creative approaches it is always necessary to come to a final compromise, which helps fit the result within the idea and concept framework.

The film crew included the staff members of the SUSU-TV Television and Radio Company and students of our university. With the direct participation of the Head of the SUSU Press Office Tatiana Stroganova we have managed to portray unusual aspects of the Rector. I’m sure the majority of students and the university staff members just don’t know this side of Aleksandr Shestakov.

Our hero is not a professional actor, so things were not easy. It is very important to create and maintain an atmosphere of mutual trust during the filming. The shooting was taking place at different locations for about three months; and every time, finding himself on the production set after a long business day the Rector had to “switch over” to this work. You need to not be afraid of the studio lights, and not be afraid of the camera as well. And sometimes there were four of these at once! Aleksandr Shestakov also understandingly accepted when we had to do additional takes. And we had to do up to ten takes at times.

The hero must believe the script-writers, the director, and the cameramen, and must trust the film crew. When there is a mutual trust, we get that very level of authenticity on camera, which appeals to the viewers, sparks their interest and empathy.” 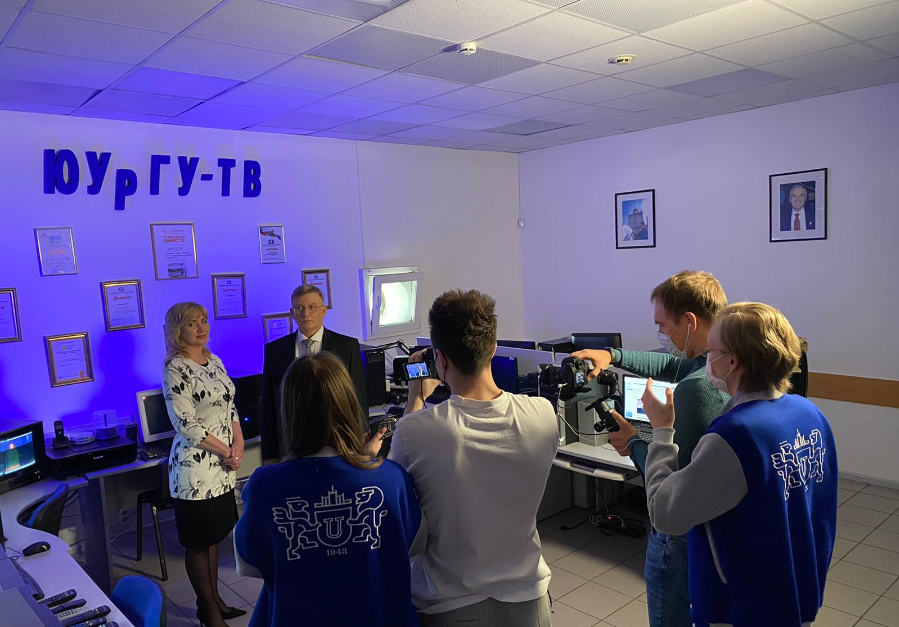 “We have been working hard on “The Rector” film, very seriously and for a long time,” reminisces director Matvey Sholokhov. “The pre-production stage began already back in February; we were working on the concept, the script, and the questions. The shooting was being done in the course of the whole April. We were thoroughly preparing for the work at every location: setting up the lighting, using several cameras, including a quadcopter.”

The editing stage took the whole of May. Here big work was also done: 7 layers of videos and captions, the sound and colour grading. In general there was a task, with the help of the relevant atmosphere, to uncover the Rector as a personality not only through information, but also through emotions. And I think that we have managed to achieve it quite well."

According to the SUSU-TV editor Olga Maruseeva, it felt very heart-pounding to create a film about the main person in such a big university. But the film crew immersed themselves in the process so much that the excitement retreated to the background. And the atmosphere, in which the team was working, was always a very comfortable one.

A 30-minute film “The Rector” gives away many most interesting details. Do you want to know based on what principle Aleksandr Shestakov picks out his necktie every morning?

You can watch “The Rector” documentary here: