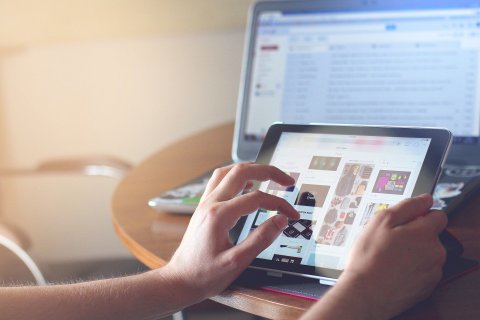 Scientists at South Ural State University published the results of their research that will affect many areas of modern science and technology. Researchers were able to measure the ionic electrical conductivity of a liquid crystals layer in complex structures consisting of several materials (liquid crystal cells). This means that now experts will be able to diagnose the state of structured materials as well as objects and devices, which include materials with ionic conductivity, e.g., liquid crystal displays, biological and composite materials. They are used not only in the creation of modern gadgets, but also in medicine, aviation and the space engineering. An article on the study of electrical conductivity in liquid crystal heterostructures is published in the journal Liquid Crystals (Q2), indexed in Scopus.

LCD displays are an integral part of modern society: they are used as displays for computers and laptops, tablets, smartphones, TVs, digital cameras, navigation systems. Despite the wide use of liquid crystals, scientists continue to improve their performance. For example, they solve the problem of an LCD display failure.

The research team led by PhD in Mathematics, associate professor of the Faculty of Physics of the Institute of Natural Sciences and Mathematics of SUSU Fedor Podgornov worked on this issue. Scientists have proposed a method that will allow diagnosing liquid crystal displays in real time to predict the possible failure of displays.

Failures in the operation of liquid crystal displays are usually associated with a change in the ionic conductivity of liquid crystals. Conductivity affects both the quality of the transmitted image and can lead to failure of the control electronics. Ionic impurity in a liquid crystal layer arise for many reasons: LC molecules can decompose under the influence of an electric field, light radiation, and radiation. Such cases can be avoided by tracking changes in electrical conductivity. This is a key characteristic of materials, which makes it possible to judge their properties, physical processes occurring in them, and even determine their practical use. If the charge carriers are ions, electrical conductivity is difficult to measure in complex systems, such as an LCD display. The situation with objects consisting of several materials is even more complicated. The scientists at SUSU solved this problem. 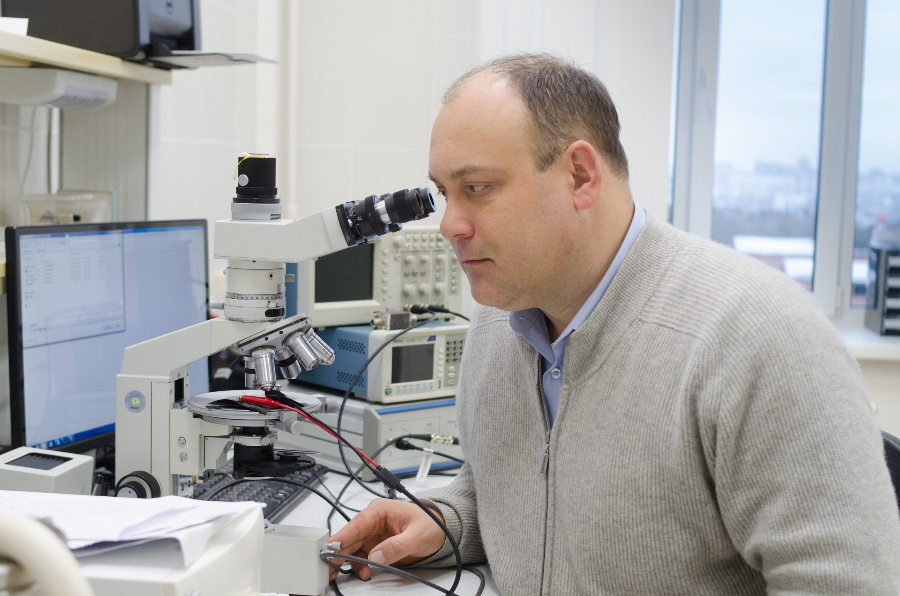 “In the case when ions carry the charge, it becomes difficult to measure the electrical conductivity of the material. The fact is that ions cannot move in wires, therefore, to conduct measurements, it is necessary to select electrodes so that an electrochemical reaction takes place in them. The ions either received or gave electrons between the test substance and metal. If the material contains several types of ions, it is hard to correctly measure its electrical conductivity. The situation is even more complicated when it comes to heterostructures. These objects consist of various materials; therefore, it is impossible to measure the conductivity of each of them using classical methods. To solve this problem, we considered the possibility of using not a conduction current, but a bias current. This approach is more universal”, Fedor Podgornov says.

With the help of these measurements it will be possible to diagnose LCD displays. Work in the fields of medicine, aviation, space will be facilitated, i.e. where the failure of displays can lead to irreversible consequences.

Moreover, the results of the work can be used in organic electronics and biology. But researchers admit that it’s too early to talk about their practical application. It is necessary to conduct detailed studies in which the influence of other physical conditions on the accuracy of the results will be taken into account.

“Currently, detailed studies are being carried out to take into account the influence of other physical effects, in particular the relaxation of double electric layers, the formation of space charge. Future research will also focus on exploring the possibility of measuring nonlinear ionic conductivity and identifying the mechanisms responsible for its occurrence,” Fedor Podgornov says.

The research is already being conducted by Maxim Gavrilyak, the graduate student of the Optinformatics Department of the Faculty of Physics at Institute of Natural Sciences and Mathematics. Ahmed Karaavi, a graduate student from Iraq, participates in this study on DC electrical conductivity in liquid crystals too.

Research in the field of materials science is one of the three strategic directions for the development of scientific and educational activities of South Ural State University along with IT and ecology.

South Ural State University is a participant in the 5-100 Project, intended to increase the competitiveness of Russian universities among the world's leading research and educational centers.