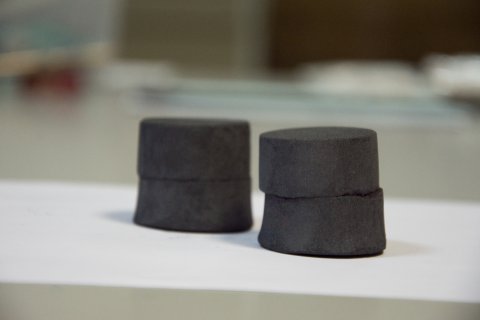 Barium hexagonal ferrites are one of the most typical materials based on iron oxide. Due to the fact that scientists continue to replace the parameters of hexaferrite, experimenting with the characteristics of the material, its practical potential is constantly growing. For example, researchers from South Ural State University synthesized hexaferrite, iron ions in which are replaced by titanium ions. Previously, the possibility of obtaining single-phase materials in this way has not been proven. The results of the study are published in one of the journals "Journal of Magnetism and Magnetic Materials" (Q2).

Obtaining hexagonal ferrites remains the primary activity of the SUSU International Laboratory of Magnetic Oxide Materials. Scientists have been studying for several years how the replacement of ferric ions with ions of other chemical elements affects the properties of hexaferrite. These materials are successfully used today, especially their active use in microwave electronics for protection from microwave radiation. Also, materials based on iron oxide, hexaferrite, are used as permanent magnets.

Hexaferrites are interesting for scientists because, by their example, one can examine the nature of the exchange interactions of ferric ions in different energy states. Experts change the electrical and magnetic characteristics of hexaferrite in order to understand the nature of magnetic ordering and the features of interaction with the electromagnetic field at a deep level. This is achieved by replacing ferric ions. Usually, they are replaced by isovalent cations, that is, cations with similar charges. But scientists from SUSU in their study decided to resort to a rare heterovalent substitution. Moreover, not two substitute ions 2+ and 4+ were used, as colleagues had already done, but barium hexaferrite with heterovalent substitution of titanium ion 4+ was synthesized. This was supposed to cause the transition of a part of ferric ions to a metastable 2+ state, which is uncharacteristic of hexaferrite.

"We have obtained evidence that it is possible to produce single-phase materials with heterovalent substitution with titanium. When analyzing the magnetic structure and charge order, it was discovered that achieving a clear charge state for iron 2+ ions at room temperature remains an impossible task. The energy state of the system "masks" the charge state of iron, without revealing the degree of 2+oxylation. But when the temperature decreases, it becomes possible to clearly determine in which anionic environment the ferric ion is energetically "advantageous" to go to 2+ when replaced with titanium 4+, and in which it remains in the oxidation state 3+. The combination of neutron diffraction and charge ordering data will help explain the model of the nature of magnetic and electric ordering of iron ions in heterovalent substitution," replied Professor Denis Vinnik, Head of the SUSU Laboratory of Magnetic Oxide Materials. 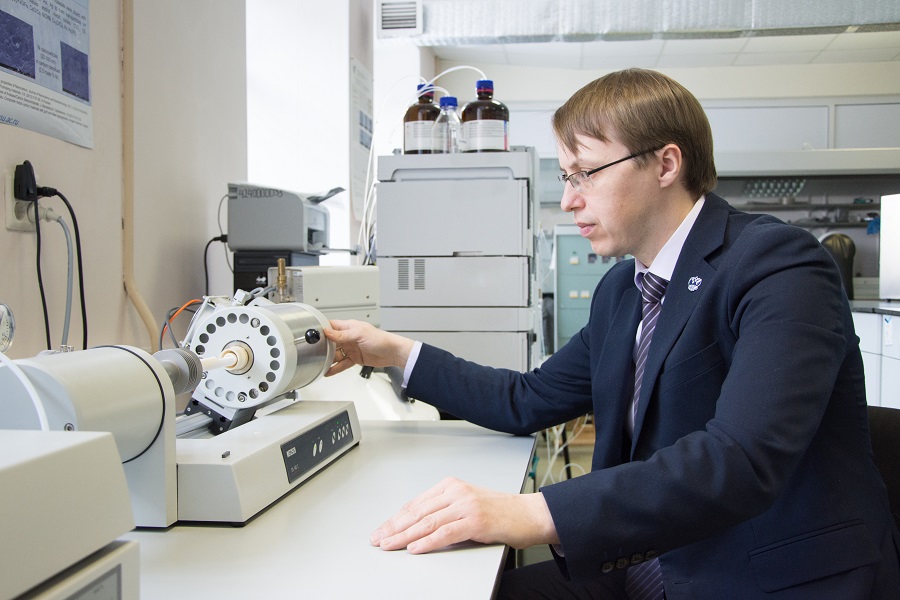 The interest of the International Scientific Community

The research was carried out in broad international cooperation with representatives of the National Academy of Sciences of Belarus (Minsk), the Joint Institute for Nuclear Research (Dubna), and Saint Petersburg State University. Scientists from Finland and the Czech Republic also took part in the study of the effect of titanium ions on barium hexaferrite during heterovalent substitution. Unique results were obtained in the framework of a project of the Russian Foundation for fundamental research with the Belarusian Foundation. The data are fundamental and require further research, says Denis Vinnik:

"Judging by the first results, there is hope for the development of this direction. Thoughtful experiments are developed in advance — first of all, experiments on neutron diffraction and Mössbauer studies in a wide temperature range, up to the boiling point of liquefied helium. This will allow us to combine and analyze the results obtained."

Potentially, the results obtained by SUSU scientists and their colleagues can be used in materials science, for example, in the development of functional materials for radio electronics.

South Ural State University is a university of digital transformations where innovative research is being conducted on most of the priority areas for the development of science and technology. Research in the field of materials science is one of the three strategic directions for the development of scientific and academic activities of South Ural State University along with the digital industry and ecology.

SUSU is a participant in the 5-100 Project, designed to increase the competitiveness of Russian universities among the world's leading research and academic centers.