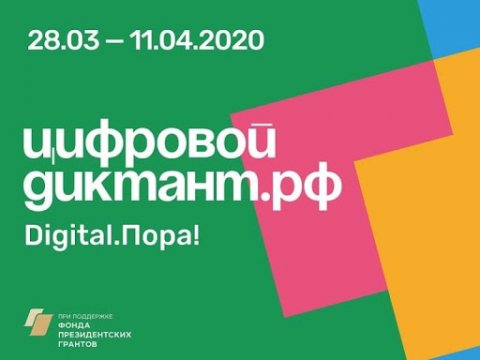 Citizens of Chelyabinsk will be able to learn their level of digital literacy online. This year the organizers have added a special block on artificial intelligence and other innovative technologies, and will also offer a separate test for children aged 7 to 13.

Chelyabinsk will become one of the centres of holding the Digital Dictation Quiz, which is a major-scale checking the knowledge of information technologies in Russia, and which is being organized by the Regional Community Centre of Internet Technologies, All-Russia People's Front, and Microsoft. From March 28th through April 11th any user will be able to assess his/her skills of operating computer and other devices, his/her knowledge of the safety precautions and of the culture of communicating online, as well as of such innovative technologies as artificial intelligence.

“The active participation of regions in the Digital Dictation Quiz is indicative of the fact that the issue of developing digital literacy is an urgent one. It's important not only to provide as many users as possible with a chance to measure their literacy level, but also to motivate them develop their digital skills. Detailed analysis of the results and plenty of training materials on the Digital Dictation Quiz website (цифровойдиктант.рф) will help each participant fill the gaps in his/her knowledge and improve the result next year,” comments Sergei Grebennikov, Director of the Regional Community Centre of Internet Technologies.

Dictation Quiz comprises 4 conceptual blocks. The first block is devoted to basic computer skills; the second one – to working on the Internet, social media and in online applications; the third one deals with cyber security; and the fourth one – with innovative technologies. By taking the test, the participants will not only be able to check their skills in those fields, but will also reveal the aspects that require more profound studying, and will improve their knowledge using the training materials provided on the website. This year the organizers have developed a test not only for teenagers (aged 14 to 17) and adults (18+), but also one for children as well (aged 7 to 13), which was prepared with the support from the Hobby Groups Movement National Technology Initiative (NTI), Kaspersky Laboratory, Учи.ру online educational platform.

“According to the annual Microsoft DCI survey, 79% of Russian citizens were exposed to online risks in 2019, what is by 5% more than in 2018. The Digital Dictation Quiz aims at improving this situation, since its goal includes not only checking the knowledge of modern technologies, but also promoting the practices of safe communication in the Internet environment,” notes Elza Ganeeva, Microsoft Manager for Interacting with Governmental Organisations in Russia. “For us it is important that as many Russian people as possible understand how to properly use technologies and not incur risks. Last year nearly 40000 people took part in the Dictation Quiz. We've done our best so that this figure gets even bigger this year.” 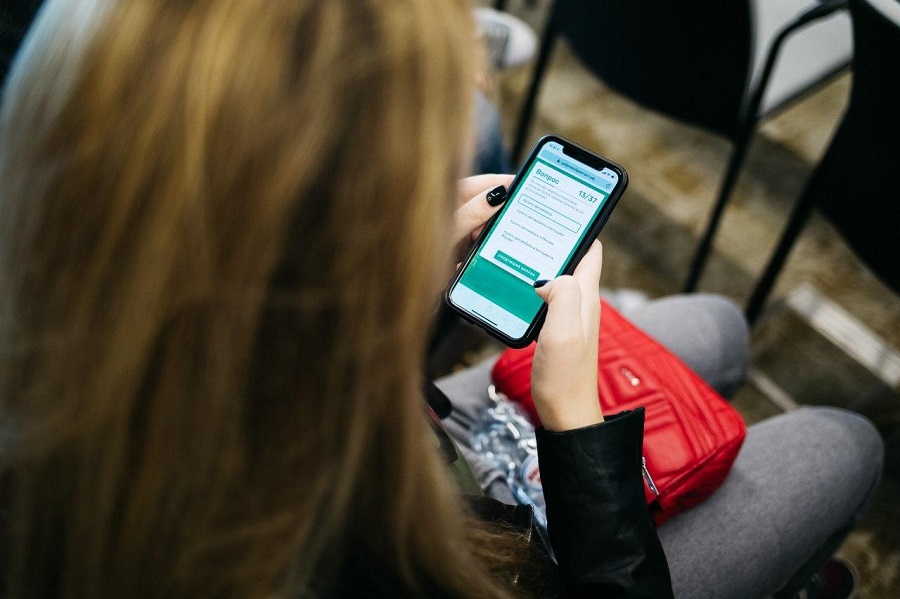 “In 2019 the .RU domain and Runet (Russian Internet) celebrated their 25th anniversary. It was then that the Coordination Centre supported the holding of the first Digital Dictation Quiz, many questions in which covered the history of the Russian Internet. The experience proved to be a success. This year features a new anniversary: the 10th birthday of another Russian national domain .РФ. That's why the new Digital Dictation Quiz will include questions on Cyrillic domain names. In addition, on the project website we will post a polling survey on adopting universal multi-language domains and e-mail addresses. The Coordination Centre has been working on this issue for a couple of years now, and we really count on our user's support and their active participation in the polling. This will accelerate the implementation of e-mail addresses in the .РФ domain, what many of the Cyrillic domain names administrators have been longing for,” shares Director of the Coordination Centre of the .RU/.РФ domains Andrey Vorobyev.

This project is being fulfilled thanks to the grant by the President of the Russian Federation on the civic society development, which was awarded by the Presidential Grants Foundation. Follow up on the latest news on the Digital Dictation Quiz website, as well as in social media: OK.ru, VK.com, Facebook.com, Instagram.com.