Institute of Media, Social Sciences and Humanities Holds a Series of Events Dedicated to the 200th Anniversary of Birth of Nikolay Nekrasov 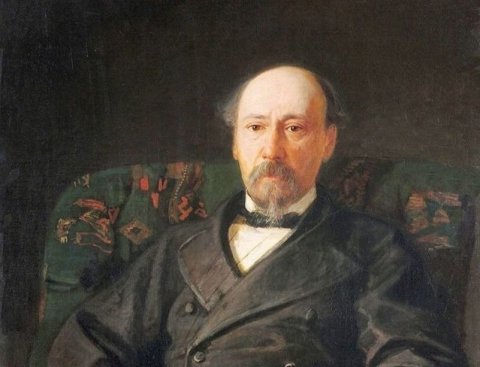 The 200th anniversary of birth the great Russian poet Nikolay Nekrasov, whose significance for the Russian literature cannot be measured, is celebrated in 2021.

In compliance with the Decree by Vladimir Putin, President of the Russian Federation, “On Celebrating the 200th Anniversary of Birth of N.A. Nekrasov”, a number of literary events dedicated to this date will be held in our country.

The SUSU Institute of Media, Social Sciences and Humanities is organizing a cycle of the anniversary-related events.

On the verge of celebrating the poet’s birthday, the first event of the cycle: “Green Noise: Poems by N.A. Nekrasov on Spring and Love” Reading Contest will start, in which students and school students of the city of Chelyabinsk can participate.

The contest is to be held in two stages. Selection round is to begin in November 2020.

Readers, who will pass the selection round, can take part in the second stage of the contest and record poetic videos in the SUSU-TV Television and Radio Company.

Videos are to be uploaded to the VKontakte social media in the Institute of Media, Social Sciences and Humanities group.

Whoever gets the most likes, becomes the winner of the competition.

The results of the competition will be announced during the second event of the cycle: “Green Noise: Poems by N.A. Nekrasov on Spring and Love” Literary Salon in March 2021, where the best participants of the reading contest will have a chance to perform before the audience.

Applications for participation, marked Green Noise, are to be sent to the organizer of the contest, the SUSU Department of the Russian Language and Literature, via rus-lang[at]yandex[dot]ru