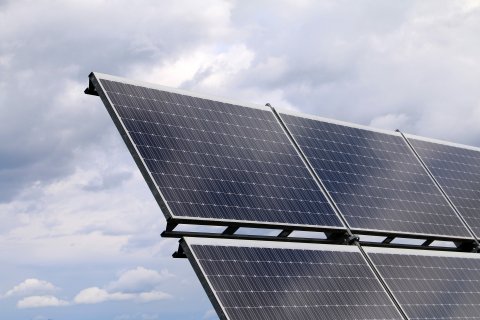 Environmental research is one of three strategic areas of scientific and educational activities of South Ural State University along with the digital industry and materials science. Scientists of SUSU in collaboration with colleagues from the Institute of Organic Chemistry named after N.D. Zelinsky Russian Academy of Sciences are working on the creation of new effective organic sensitizers that will facilitate the transition to environmentally friendly and resource-saving power engineering. The results of the study were published in the highly rated Journal of Photochemistry and Photobiology A: Chemistry (Scopus, Q2).

A new promising direction for the development of organic solar cells

Sunlight is an inexhaustible source of energy, so scientists around the world are trying to find ways to convert solar energy into electrical energy using photovoltaic devices. Solar cells based on crystalline silicon with an energy conversion efficiency of 24.7% are widely used. However, the high cost and technologically complex production impede their spread. Employees of the joint laboratory of the South Ural State University and the Institute of Organic Chemistry RAS are working on a project to create environmentally friendly organic sensitizers for solar cells.

“One of the most promising alternatives to silicon and other inorganic converters of solar energy is organic solar cells, which have several advantages over silicon analogues: mechanical strength, light weight, flexibility, long life and the ability to work in reflected and artificial light. Organic photosensitizers play a key role in such devices, which determine their performance. The creation of new effective organic sensitizers is aimed at solving the problem of switching to environmentally friendly and resource-saving energy”, says Ph.D., Professor Oleg Rakitin.

Transition to environmental materials in energy is a global scientific priority

Scientists are working on expanding the range of synthesized dyes for the construction of organic solar cells with increased photovoltaic efficiency; they are developing directions of co-sensitization, i.e. the combination of two dyes in one cell having different areas of sunlight absorption, with the goal of maximizing efficiency.

"Research related to the design, synthesis, and study of the functional properties of new organic molecular materials, especially photovoltaic, fluorescent, and fluorophore materials, largely determine modern scientific and technological progress. They are among the global scientific priorities all over the world", explains Oleg Rakitin.

Scientists hope that the use of organic solar cells instead of silicon ones will reduce their cost due to cheaper technology and flexible solar cells might be widely used in various types of devices. The high market demand for cheaper and environmentally friendly solar cells with organic elements makes this project strategically important, and its results will matter in academic, industrial and commercial activities.