SUSU International Students Will Be Able to Work in Russia 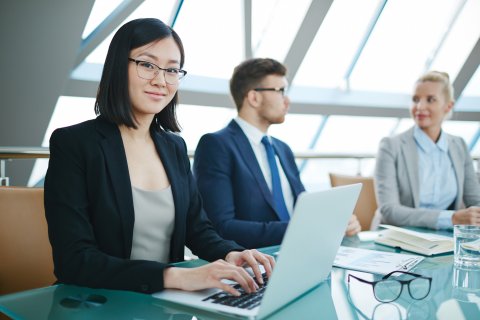 On February 6, 2020 President of the Russian Federation Vladimir Putin set a simplified procedure of employment for foreign citizens and for persons without citizenship, who are studying full-time in professional educational institutions. Specialists of the Institute of Law of South Ural State University analysed how this law will influence the life of our university’s international students.

The federal law was adopted by the State Duma on January 23, 2020 and was approved by the Council of Federation on January 30, 2020. On February 6 the President signed Federal Law “On Amending the Federal Law “On the Legal Status of Foreign Citizens in the Russian Federation” in Part of Simplifying the Procedure of Employment in the Russian Federation for Foreign Citizens and Persons without Citizenship Studying in Russian Professional Educational Organisations and Educational Organisations of Higher Education”. The law will enter into force on August 6, 2020.

The main new feature in the amended law “On the Legal Status of Foreign Citizens in the Russian Federation” will be the right to get employed on the basis of a work permit, which is issued in compliance with the short list of documents and without consideration to the quotas on issuing the abovementioned permit.

Thus, the amendments imply: training of international students in the Russian universities holding state accreditation; studying full-time; employment without stopping the studies, including during the vacations; employers and job requestors are relieved of the obligation to hold a permit for attracting and using the stipulated category of foreign workers.

Head of the Department of Labour and Social Law and Legal Studies of the SUSU Institute of Law Galia Shafikova notes that certain law-enforcement issues may arise, and it is desirable to prevent them by the labour legislation provisions:

1. On employable age. The current legislation stipulates it as the age of 18. However, if we take not only higher education but secondary technical one as well, the age may be below 18. Moreover, the Russian Federation Labour Code also provides for a possibility to sign labour contract starting from the age of 16, pursuant to the general rule.

2. Attendees of pre-university divisions can be considered students of educational organisations of higher education. That is why they qualify for the simplified procedure of employment at university, that is, without the need to execute permits. Substantiation: in compliance with Article 2 of Federal Law No. 273-ФЗ “On the Education in the Russian Federation” as of 29.12.2012 (hereinafter referred to as the Law), a student is an individual mastering educational programme. Attendees (who enrolled in pre-university divisions of educational organisations of higher education) can also be considered students, depending of the level of the educational programme being mastered, form of studies, and regime of attending the educational organization. (Article 33 of the Law).

The liability for violating the labour law as applied to activities of foreign citizens is regulated by Articles 18.15-18.17 of the Administrative Offences Code of the Russian Federation. According to statistics , the number of registered offences in this field amounted to 24991 in 2018.

“1. Russia will have the opportunity to attract more international students, who might wish to stay in Russia to work here in the future;

2. One of the main problems in the field of employment today is the big number of menial labour vacancies. Attracting of international students will help ease the tension on the labour market;

3. Off-the-books employment of international students may become legalized; and

4. Thanks to their unique talents related to their specific linguistic, traditional and professional cultures, the future graduates will be able to get well-paid jobs in prestigious organisations, including in transnational corporations.”