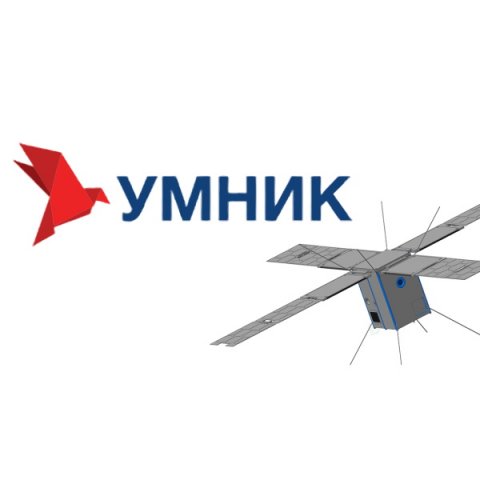 South Ural State University provides young scientists with a unique possibility to fulfil their scientific potential. Students are actively participating in various contests, and one of these is UMNIK program. In 2019, the contest’s prize-winner was a 1st-year postgraduate student of the SUSU Institute of Engineering and Technology Mikhail Shalashov, who suggested a unique design of a spacecraft propulsion system.

The main criteria of the UMNIK contest project include: scientific novelty, idea relevance, technological significance, plan of fulfilment, prospects of the results’ commercialization, as well as the participants’ weighing their capabilities and enthusiasm for their ideas promotion. The finalists are selected in such priority fields as information technologies, medicine of the future, modern materials and the technologies of creating them, new devices and apparatus complexes, and biotechnology.

The project on the Designing of a Water-electrolysis-based Propulsion System for Small Spacecrafts was presented by Mikhail Shalashov in Moscow through applying for the participation in the UMNIK program. The postgraduate passed the correspondence round successfully and became a winner at the final.

Please, tell us about your studies at South Ural State University.

“I studied at the Faculty of Aerospace Engineering and graduated majoring in Rocket Engineering. Almost instantly, I decided that I wanted to continue my studies, so I enrolled with the postgraduate programme in Aircrafts and Rocket and Space Equipment. Doing scientific research meant to be closer to space, and that had always been a dream of mine. At once, I addressed Professor, Doctor of Sciences (Engineering), Deputy Head of the Department of Aircrafts Aleksandr Kartashev, for him to help me choose the topic of my project, under which I’d be doing postgraduate research. He suggested a great number of topics, and I chose the propulsion system designing.”

Why did you choose this topic exactly?

“I learned that many of the satellites when placed in orbit are located lower than the ISS. This height is not sufficient and has atmosphere present there, and because of this satellites fall into the ocean. An idea came to my mind that in order to move a satellite higher than the ISS orbit, a propulsion unit needs to be engineered for correcting the satellites’ orbits. And since in the modern-day world there is a trend for “green” fuels, I chose oxygen and hydrogen to act as fuel, and water would be used as the source for the fuel. That was how the idea for the project was born, and I began engineering a water-electrolysis-based propulsion system for small spacecrafts. I had the understanding that theoretical research would not be sufficient, and that a series of experiments would be required. That’s why I made a decision to file this application and take part in the UMNIK contest, which was being organized by the Agency for Strategic Initiatives in Moscow. For me the UMNIK contest meant not a chance to get a higher stipend, but a government-provided opportunity to create my own innovative project and try to commercialize it.”

How did you work on your project?

“It’s important to understand who would be interested in what you invent. That’s why, for the starters, I carried out a market survey, to check what is being currently engineered. Based on that information, I began to prepare my presentation describing the key advantages of my project, and the potential customers. For example, Research & Development Institute of Mechanical Engineering (JSC R&DIME) in the city of Nizhnyaya Salda acted as my stakeholder. Next, I sent my project for the correspondence expert review to Moscow, and a couple of weeks since I received a reply that I made it to the final, the winner of which I became later. I was expecting this outcome as I had felt confident about it.”

How do you plan to develop your project?

“This project is being carried out at the SUSU Aerospace Engineering Research and Education Centre. I’m working in tandem with the Centre’s Director Aleksey Shults, and currently we’re working on the issue of designing the electrolysis unit as the main part of the propulsion system, and we’re also doing research work, building the plan, and selecting the materials. In a word, we’re elaborating the theoretical aspect. In a couple of months, we will be ready to move on to producing an experimental model to be tested in the lab stand. We will analyse the work done and will size down the dimensions, so that the unit could be theoretically mounted on a satellite. Approximately a month and a half after that we will have to patent out innovation. This will be a great way to complete our work under the UMNIK contest’s grant.”

What does the participation in UMNIK mean to you?

“For me personally, this is a chance to be closer to space, create something with my own hands, become part of this big family of space lovers. During the fulfilment of my project, I received great assistance from the SUSU Young Scientists Council, Professor Aleksandr Kartashev, Head of the Research and Innovation Services Anton Nurkenov, and our Centre’s Director Aleksey Shults. The participation in this contest is a good start to writing my candidate’s thesis: I will not only present the theoretical research, but will also create the laboratory prototype. Once I complete my postgraduate studies, I’d like to work in Skolkovo Innovation Centre, in the industrial space technology cluster. There you can work on projects directly related to cosmonautics.”

We should note that participation in the UMNIK program is not just a demonstration of one’s scientific developments, but also an opportunity to win 500 thousand roubles for the project fulfilment. Today, the scientific innovations’ commercialization is the crucial indicator of the demand for them. Namely thanks to the participation in UMNIK young scientists get a chance to test the need for their projects, since the contest aims at supporting their commercially-oriented scientific and engineering projects.