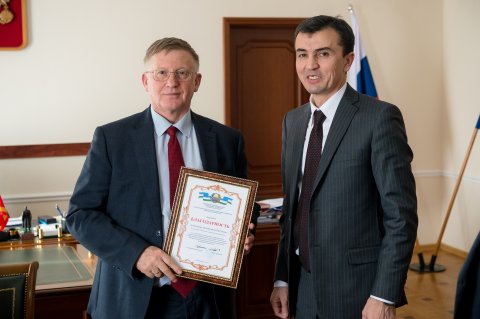 Within the framework of the visit a meeting was held with Rector of South Ural State University Aleksandr Shestakov. The issues on expanding the options of collaboration with Uzbekistan were considered.

“We are planning on organizing distance training in the Russian language course in Uzbekistan. The university has the resources required for such form of education, and we are ready to share our experience. This proposal is very important for our mutual development, and we will be working in this direction. I believe that we have established a very good business relationship. I think that we have good prospects in all fields,” said SUSU Rector. 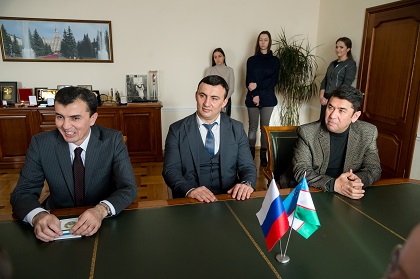 Aleksandr Shestakov noted that on the occasion of the 75th Anniversary of the Great Victory, South Ural State University, with the support from the Consulate General is ready to organize joint work on the territory of Uzbekistan. This victory became possible thanks to all the republics of the Soviet Union, so it is important to pay respect to this Anniversary and celebrate it.

First Secretary of the Consulate General of the Republic of Uzbekistan in Ekaterinburg Bekzhon Kuvanov shared on the importance of this visit to SUSU and of meeting students from Uzbekistan.

“We’re carrying out joint educational work. The academic performance and disciplines of the students must comply with the requirements of the university where they’re obtaining higher education. I’m planning an even closer collaboration with SUSU in all the fields of education.”

Also, Bekzhon Kuvanov, on behalf of the Consulate, thanked the leadership of South Ural State University for their assistance rendered in holding the elections on December 19, 2019. Thanks to the university’s leadership, the students temporarily residing in the Chelyabinsk Region could come to the Book Chamber to vote.

A 1st-year student of the Faculty of Automotive Engineering of the SUSU Institute of Engineering and Technology Askar Sultanov was awarded a certificate of honour for actively participating in the parliamentary election in the city of Ekaterinburg. The young man was helping the Consul General to organize the elections for the citizens of the Republic of Uzbekistan in Chelyabinsk.

“I am grateful that I’ve been awarded this certificate. I liked the today’s meeting, and I’d wish that such meetings were held more often, so that we could communicate with the Consulate representatives. In general, I’m pleased with my studies at SUSU, the teachers are highly qualified here. In one word, SUSU is innovative! I like the mentality and culture of this university. I’ve met many new friends here.” 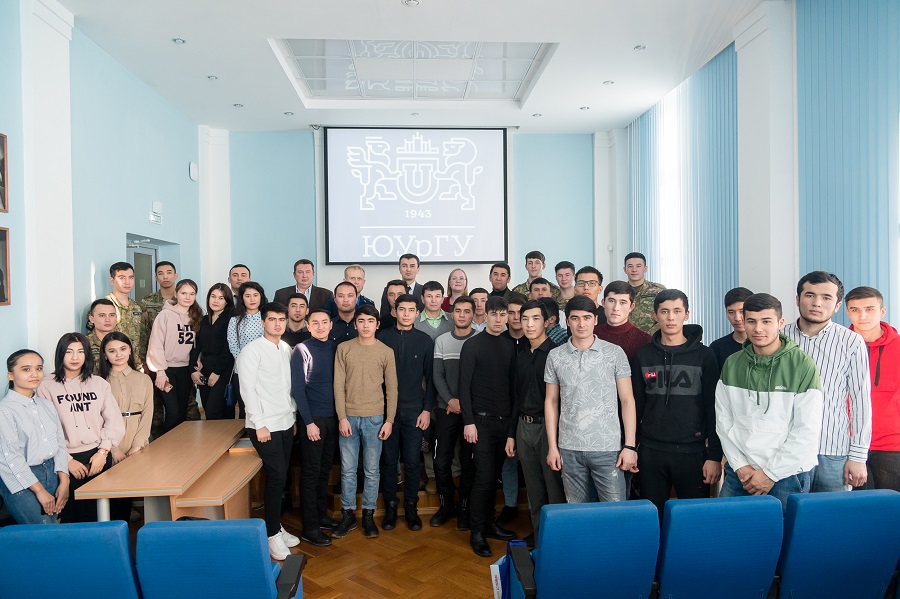 The meeting with the delegation from Ekaterinburg was attended not only by students of South Ural State University, but also those from Chelyabinsk Higher Military Red Banner Secondary School of Flight Navigators. The event wrapped up with taking a photo together.

The visit by delegation from the Consulate of the Republic of Uzbekistan became an important event both for the guests and South Ural State University. An agreement was achieved on joint projects with the Consulate General in Ekaterinburg, “Bobur” Uzbek National and Cultural Centre, and Chelyabinsk Higher Military Red Banner Secondary School of Flight Navigators.