Every season, 34 of the best players from our country’s universities come to the city appointed as the central venue for holding the championship. This year the turn has come to Chelyabinsk, which welcomed players from 21 universities, from Saint Petersburg to Krasnoyarsk. All the players had been beforehand divided into the teams of “East” and “West”. The “East” comprised two teams from the Chelyabinsk Region: those from SUSU and Ural State University of Physical Education.

“Our city has happened to hold various sports competitions: Ice Hockey World Junior Championships, Kontinental Hockey League All-Star Game, and more. But it’s for the first time that we’re welcoming student ice hockey playing in such a format. It’s a pleasant bonus that on this festive day, Students Day, such a game has been organized in Chelyabinsk. May the guys do their best at the game, and may they keep the days spent as the guests of our city in their memory for the rest of their life,” says Deputy Governor of the Chelyabinsk Region Stanislav Mosharov.

Before the beginning of the 4th traditional All Stars Game of the Student Ice Hockey League, a gala show was offered by the “East” and “West” teams. The participants had to perform a number of set-ups. The winner was the team to complete all the tasks faster than the rival. According to the final score, the “East” team won. 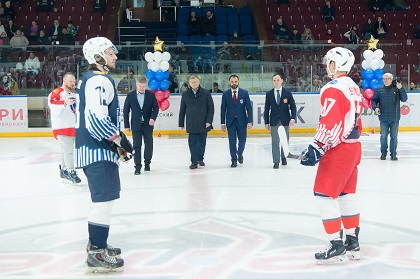 Over the period of two seasons, the Student Ice Hockey League has been actively interacting with the Youth Ice Hockey League. More than 150 players, with the playing in NHL experience, are participating as members of the student teams in the current season.

The festivities game was opened with a creative performance by drummer girls of the Recreation Centre of South Ural State University. Managing Director of the Student Ice Hockey League Anton Khramtsov also welcomed all the participants and guests of the event and wished luck to both of the teams.

“I’m very happy that our tightly-knit family of hockey players has come to Chelyabinsk this season. This city is one of the major cities in terms of Russian student ice hockey, and it was chosen as the game venue for a reason. I wish you luck in the forthcoming game and in your future hockey careers!” 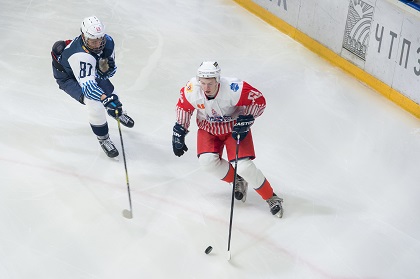 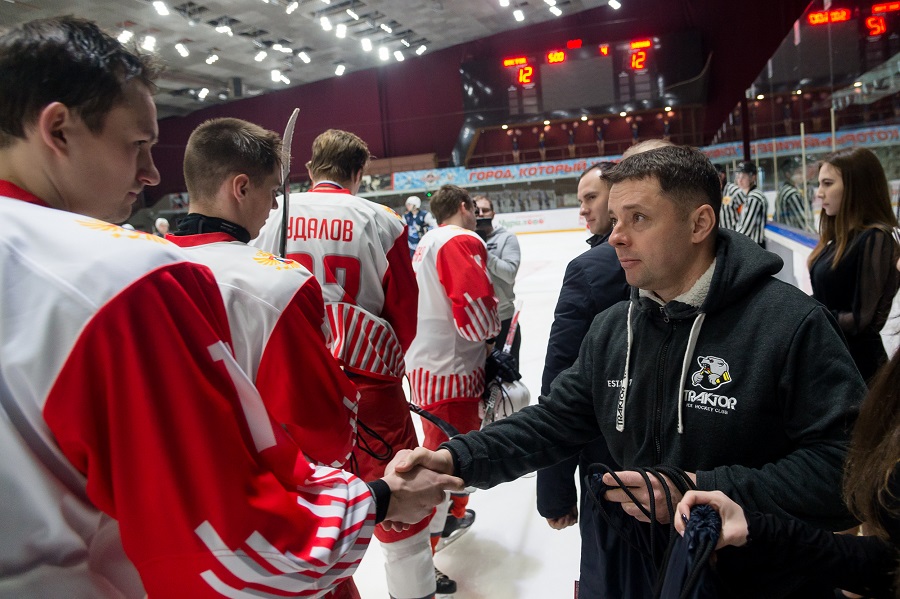 The gave was a very active one. The players applied the maximum of their talents and demonstrated what a true ice hockey is for the audience. The results varied in the end of every period, and it was difficult to predict the winner. The last period’s score was 12:12, that is why the winner-take-all shoot-outs had to be held. By turns, the players of the “East” and “West” teams scored the opposing goals. At the score 3:1 the “West” team gained the lead and became the winner of the festivity game. To a thunderous ovation the hockey players were awarded the commemorative medals. Pavel Pronin, the No.69 of the “East” team was named the Player of the Game. He was presented a new hockey stick.

“The game was interesting today! Young guys, the best players of our country’s Student Ice Hockey League play very well, and move fast! I love hockey! This a very fast-paced pattern game for brave people. I believe that hockey will help students become successful in their professions.”

Coach of the “East” team and head coach of the SUSU Polytechnic Ice Hockey Team Artem Pletnev summarized the results of the 4th traditional All Stars Game of the Student Ice Hockey League.

“It was a festive game, that’s why the game tension was not at the maximum. During the first two periods, the good lead of five goals was taken, but in the third period the players relaxed a bit too much, so the opposing team managed to get closer to the net and knotted up the score. After the additional shoot-outs the “West” team became the winner. Nevertheless, the Russian Students Day festivities turned out to be great!” Player of the “East” team Danil Mukhamedzyanov studies in the Master’s programme at the SUSU Institute of Sport, Tourism and Service. Before becoming a student, the young man lived in Magnitogorsk, and began playing hockey since the age of five. Coach of Polytechnic Ice Hockey Team Artem Pletnev noticed him at one of the student games and invited him to play for SUSU. Today Danil is successfully playing in the team and is showing very good results.

“The game wasn’t that difficult today. We were playing for our fans, and tried to demonstrate beautiful and interesting sport. I believe that the event was very well organized in general. Despite the fact that we didn’t win, the team remained pleased with the game.”

Every year the names of the Players of the Game, the hockey players with the best season results, are listed in the Memorial Book of Honour of the Student Ice Hockey League. We should note that in 2020 the SUSU Polytechnic Ice Hockey Team will celebrate its 70the Anniversary since the date of its establishment. The Polytechnic team passed through all the difficult periods of our country: Perestroika, currency depreciation, and denomination. But the university leadership managed to keep this team functioning. In 2019 coach Artem Pletnev helped the team become the winners of the Student Ice Hockey World Championships.