The gala concert started with the theatrical prologue presented by the actors from Mannequin Theatre Studio in historical dresses. Students acted out a scene from the year of 1775, when the Empress Elizabeth of Russia signed a decree on the opening of the Moscow University.

At the opening of the event, Rector of South Ural State University Aleksandr Shestakov offered a welcoming speech to the audience.

“The celebration of Tatiana Day is the SUSU tradition. We may say that it is a professional holiday for all our students. Teachers are actively participating in the event and the competitions. Students and teachers get united as a big university family on this day, which is a very pleasant thing. I wish students a proactive attitude at the university. Take everything from the university that it can give you. This is a key to your future success.” 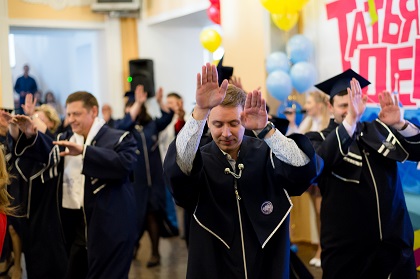 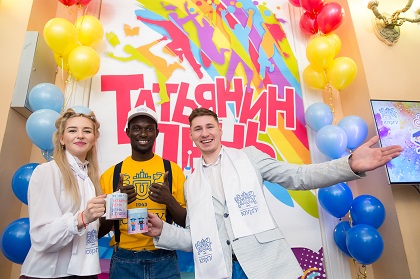 We should note that on the occasion of Tatiana Day the SUSU Rector Aleksandr Shestakov traditionally grants three wishes of students. Every SUSU student could write about his/her dream to the Rector on the university web-site, all the requests could contain suggestions on improving the educational process, the organisation of events of the university, improving the living conditions in the campus and developing students’ opportunities in extracurricular activities. All letters were reviewed by the Expert Council headed by the Rector, and the most topical and important requests were chosen.

This year the SUSU Rector decided to grant four wishes of students. A recreation zone will be opened on the territory of the university; ovens and microwave ovens will be bought for the SUSU dormitories; the Headquarters of Student Labour Unions will be granted premises for their activities; and one of the students of the university will be given a jacket with SUSU logo, which she has dreamt of for a long time, as a gift. All students thanked the Rector for the fulfilment of their dearest wishes with loud applauding. 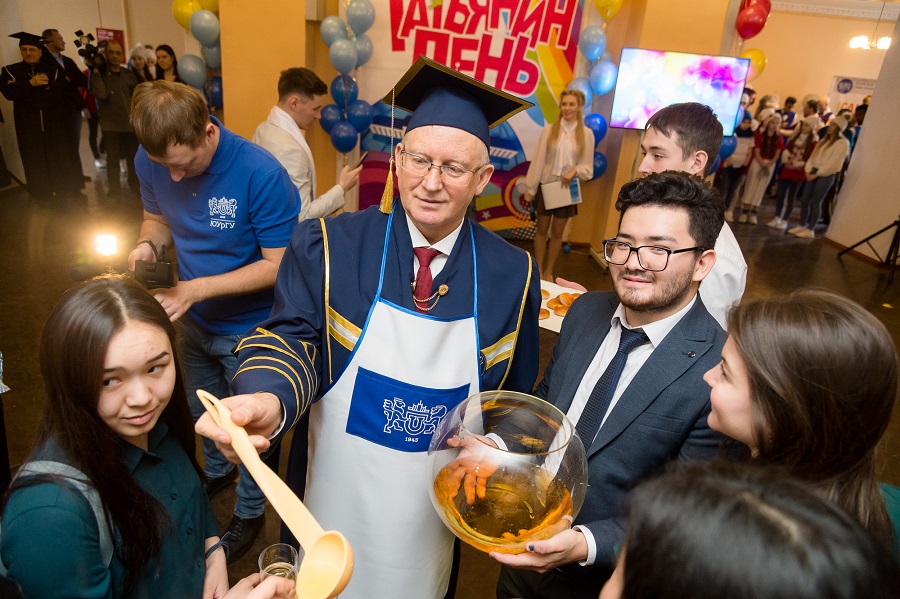 The university student Maksim Zolotov is the leader of the SUSU Headquarters of Student Labour Unions. His team had long wanted to have a room where everyone could gather and solve important issues. Therefore, on Tatiana Day’s eve they sent their request to the Rector, and on January 24 their wish came true.

“Our headquarters is one of the biggest unions at SUSU. Our students take prizes at regional and all-Russian competitions; we are the best headquarters of the Chelyabinsk Regional Student Team. We would like to develop, expand, and we need a separate room for these purposes. When we found out that the Rector would grant our wish we were very pleased. We would like to thank him for that,” Maksim says.

As part of Tatiana Day celebration, an intellectual battle was traditionally held between teachers and students. Teams answered questions from the hosts, danced, participated in contests, earning points. All participants showed brilliant knowledge and received gifts.

Presenting flowers to all Tatianas is one of the pleasant parts of this festive day. One of the participants of the holiday was Tatiana Serebrennikova, a student of the School of Electronic Engineering and Computer Science, who shared her impression on the event:

“Every year on Tatiana Day I take part in a theatrical performance held in SUSU. Today we have shown a beautiful performance called “Wings” with the L-classic dance team. At home, my parents and relatives congratulate me saying nice words. We celebrate Tatiana Day with my friends as well, as they celebrate the Students’ Day on the same day.”

The event was bright and warm-hearted thanks to the creative performances of the SUSU Recreation Centre. The audience listened to Gaudeamus student hymn and Vo Frantsuzskoy Storone song performed by Primavera Ensemble (Director Aleksey Prosekov). The SUSU Photo School offered everyone photo shoots in a special photo zone. Everyone had a chance to capture his/her Students’ Day, to keep the memory of it for a long time. One should mention that the holiday was named after Saint Tatiana of Rome: Tatiana Day. By the way, the ancient name “Tatiana” in Greek means “organizer”. Saint Tatiana is considered to be the patron saint of students. On January 25, 1755, Empress Elizabeth of Russia (known as Empress Elizaveta Petrovna) endorsed Ivan Shuvalov’s petition and signed a decree on the opening of the Moscow University, which became one of the centres of the Russian advanced culture and the social thought in Russia.

Nowadays, students are happy to celebrate this holiday. On January 25, 2005, the Decree of the Russian President “On the Russian Students’ Day” was issued, and the holiday of the Russian students was officially approved.