This year about seven thousand schoolchildren took part in the forum, more than 1000 people received awards. The best pupils were awarded certificates and medals, and the best municipal educational institutions (schools, lyceums, and gymnasiums) received cups based on the results of the rating points. Deputy Vice-Rector for Academic Affairs Marina Potapova opened the awards ceremony of the Step into the Future program:

"Today is an amazing day, January 17 is an International Kid Inventors' Day, and the choice of this day is deliberate, because today the whole world celebrates children's design ideas and breakthrough. Today is the 86th Anniversary of the Chelyabinsk Region and the 26th Anniversary of the Step into the Future movement, and it seems to me that it all happened not by chance on the same day and in the same hall. It’s wonderful that our country has such a future, the future of the Chelyabinsk Region, and the future of SUSU." 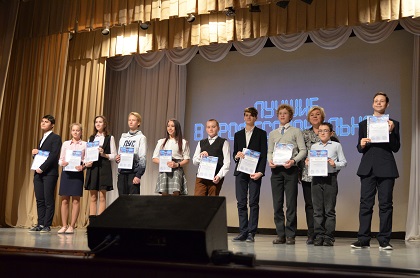 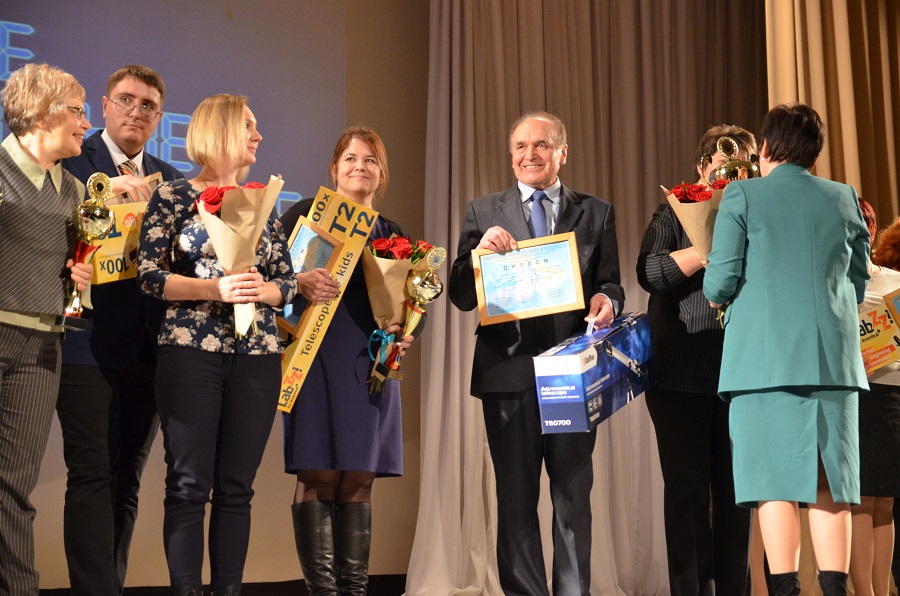 The goal of the Step into the Future program is to support young researchers, intellectuals, future efficiency experts, inventors, and production innovators. They will create the future of the motherland. Viacheslav Skvortsov, member of the Coordinating Council for General Issues, Chairman of the Russian Children's Fund, and Chairman of the Public Chamber of the Chelyabinsk Region, congratulated the contest finalists on behalf of the Governor of the Chelyabinsk Region Alexey Texler.

"Every year the forum gathers the most smart and intelligent people, passionate about science of all ranks. In this hall we can see schoolchildren who worked for a year with their mentors, who were able to spark their interest and lead them. Only people who are “addicted” to their work can lead and give life to this direction. Thank you very much for doing with all your might and showing the direction to your mentees," said Svetlana Zolotova, Deputy Chairman of the Chelyabinsk City Coordinating Council of the Step into the Future program, Director of the Centre for Supporting Youth Initiatives in the city of Chelyabinsk. 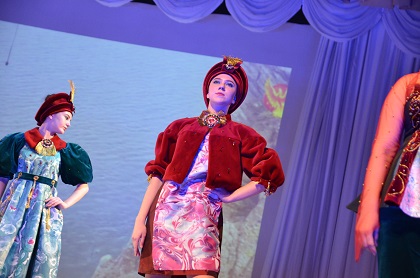 In between awarding the winners and prize-winners of the program, which turned out to be 122 people, unusual fashion shows, more like musical performances, were held. The works of the contestants were presented, which were defended in the scientific section entitled Fashion and Textile Design, proving the novelty and relevance of their work. The organizing committee invited the award-winners of the apparel and fashion collections to speak at the closing ceremony of the forum. The coordinator of the Chelyabinsk city and regional program called Step into the Future - Sozvezdie NTTM Evgenii Kuzmin congratulated the winners:

"One of the most important and massive events of the Chelyabinsk Region is about to wrap up. I wish you further success in mastering the future. Remember, you are an elite of creators in your fields, you are the future of our country. I would like to wish that you do not leave our city to go study but come to study at SUSU, whose doors are always open for you." "I won the contest with a bicycle-lawnmower project. I think this is a worthy reward in the absolute championship category. I came up with the idea after hearing the trimmer, which is noisy and loud. I wanted to make something more easy-to-use, so I decided to make a mower out of a bicycle, I had several variations, and one of them won. In the future, most likely, this construction will be redesigned into an electric version for the sake of simplicity, because you can't ride a regular bicycle on the grass for a long time."

The best diplomats will go to uphold the honour of Chelyabinsk and the region at the Baltic Scientific and Engineering Competition in St. Petersburg in February; at the All-Russian Forum of Scientific Youth called Step into the Future in Moscow in March; and at the All-Russian Olympiad of Young Researchers called Sozvezdie (Constellation) in the city of Korolev in April.