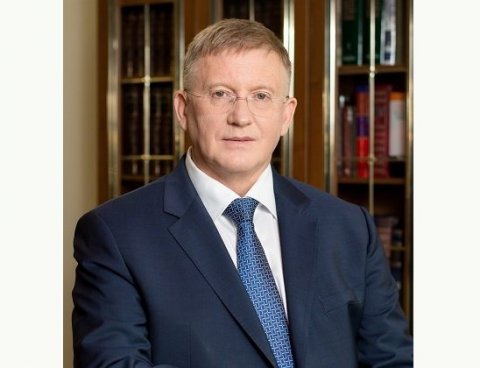 Digital industry has been moving into top gear in Russia. The metallurgical industries need new digital technologies and the possibility of total control over all automated production process cycles. In this regard, the key task is to train engineering personnel with digital competencies and skills.

Enterprises of metallurgical industry value high level of education of the graduates of the Department of Materials Science and Metallurgy Engineering of South Ural State University. In its turn, the quality of training provides close collaborative relations between the university and leading national and foreign enterprises. SUSU Rector, Doctor of Sciences (Engineering), Professor Aleksandr Shestakov spoke about the interaction and trends in metallurgical production development. 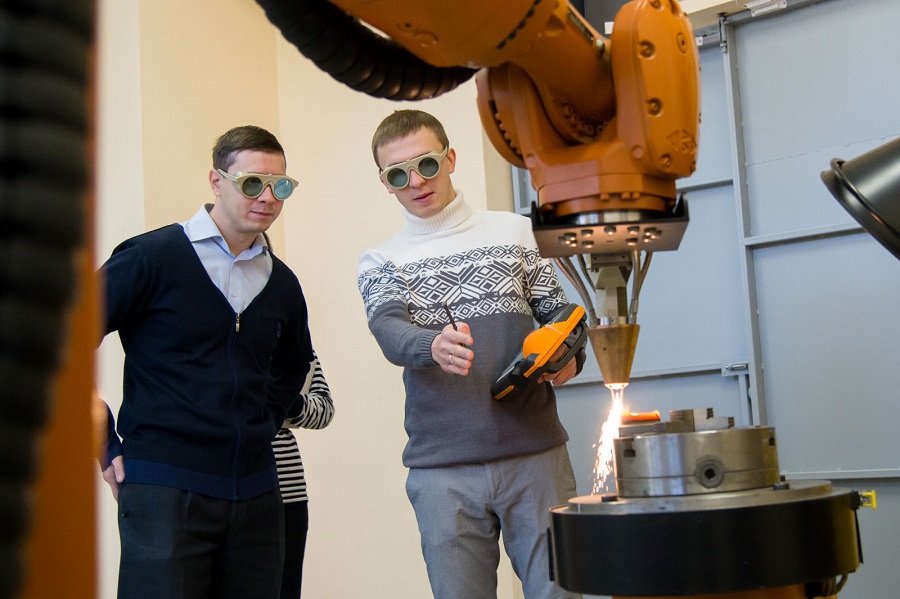 At present metallurgy means automated production controlled by computer-aided systems. Hence, the main task is to train highly qualified specialists. The metallurgical industry needs engineers who are ready to participate in the transformation of the production system and manage the production processes. Magnitogorsk Iron and Steel Works, Chelyabinsk Pipe Rolling Plant, SMS Group and Emerson are engaged in the digitizing of the metallurgical production in the Ural region. SUSU actively cooperates with these companies.

The introduction of Industry 4.0 elements to the metallurgical production requires a broad set of competencies in the digital field. More often enterprises are thinking about the production digital twins, artificial intelligence to make quick and emergency decisions and to predict the state of equipment.

The development of physical and mathematical models at all stages of metallurgical restructuring is one of the main tasks that are set to the university by the metallurgical production. There is the opportunity to forecast metallurgical equipment service life that will help to reduce the risks of industrial accidents.

The introduction of artificial intelligence will help machines and robots to adapt to changes. The requirements for personnel qualification will be higher. At present, SUSU successfully cooperates with one of the Russian leaders, that is with Metallurgical Iron and Steel Works (MMK Group). In 2018 a new MMK – Industry 4.0 strategic initiative was formulated. The University trains highly qualified personnel of the new times, that is data scientists for Magnitogorsk Iron and Steel Works.

An important aspect is green production. Every year around 7 billion tons of industrial solid wastes are produced in our country. Unfortunately, on a global scale the amount of liquid and gas toxic wastes, which go to the atmosphere and water sources, is not kept record of. The Chelyabinsk Region is not an exception. Over the past decades, hundreds of millions of tons of dumped industrial wastes have been accumulated. Therefore, it is necessary to train personnel in environmental monitoring of atmospheric emissions and metallurgical wastes recycling.

Within the next 10 years, SUSU students will be focusing on the issues of ecology, learning digital, intelligent and production technologies, robotic systems and development of new materials and methods of design engineering, development of big data processing systems and artificial intelligence. These fields will become new trends in metallurgical production development in the next years, and SUSU graduates should be professionally trained for them.

– In the metallurgical industry, there is a change in the internal content of the existing specialties. This is due to the fact that the basic technology for obtaining products from metals and alloys has been unchanged for hundreds of years: mining and beneficiation of ore materials, smelting, casting, rolling, forging, stamping, welding and heat treatment. Meanwhile, the development of Industry 4.0 has led to the formation of new scientific collaborations. Today, metallurgists work together with programmers, operators of automatic machines and mechatronics experts, as well as specialists in artificial neural networks.

The International SMS Data Challenge-2018 competition, in which SUSU students and graduates took part, could be given as an example. The task was to improve the algorithm for assessing the state of a crystallizer, which was one of the main elements of the continuous steel casting line. A central problem was to predict the formation of buildup on the inner surface of the crystallizer based on the analysis of the temperature field on the crystallizer walls. The university teams took the 1st and 2nd places, having won over the teams from Germany. The basis was the effective application of the artificial neural network method.

Due to automation and robotization, there is a reduction in vocational professions, especially those in hazardous industries. There are equipment supervisors (to maintain complex equipment), “ecorecyclers” (to dispose of wastes and restore the environment), new metal engineers (to develop alloys with the set or variable properties), powder metallurgy equipment engineers (to develop new metals at the junction of sciences) and eco-analysts (to analyse threats to the environment).

– There will be big changes in the metallurgical industry in the future. The requirements for environmental protection are being increased, Industry 4.0 elements are implemented, and there is the necessity to transform production environment.

For example, in 2018 the introduction of new stern environmental legislation in China stirred up the metal market in the world. In the field of metallurgical production ecology South Ural State University deals with the issues of water treatment from heavy metals cations with the help of special materials. We are talking about the sorbents that absorb heavy metals and bind them in their volume efficiently. It helps to use the materials to treat the riverbeds and lakes of the Chelyabinsk Region.

There is a global demand to reduce the length of the processing chain to solve economic and ecological tasks. In this case, it is required to maintain or increase the quality of the metal produced.

Metallurgical engineers with the knowledge of both theoretical basis of the production process and a clear understanding of the Industry 4.0 system, as well as engineering programmers, who develop artificial intelligence to control production processes, will be of great demand. The so-called unmanned manufacturing technologies will be implemented more and more, and employees will begin working remotely in virtual teams and telemetric systems.

From domestic metallurgy, there are requests to implement Big Data and artificial intelligence, to use digital twins and machine vision, to work in AR/ VR modes. These tools allow you to collect and analyse a large array of data on the current state of the production process and find the opportunity for its optimization and improvement, as well as to reduce financial and time costs and improve the quality of the finished product.

White Metallurgy concept changes the relation of the production to a man and vice versa. New enterprises will focus on the comfort. New world leading metallurgical companies have been built in the Chelyabinsk Region recently, such as Stan 5000 at the MMK, Vysota 239 and Iron Ozon 32 workshops within the ChelPipe Group, rail and structural steel mill at Mechel. Such high-tech metallurgical industries require engineers of a new generation who are capable not only to master the production techniques but also to develop new technologies.

– SUSU is actively attracting students to specialized enterprises. As part of the implementation of the strategy within competitiveness enhancement Project 5-100 the university introduced project-based learning in September 2018. Since March 2019 the Digital Cloud of Projects has been launched, where all projects were the ones proposed by the industrial partners. Master’s students participating in project-based learning will master integrated approach techniques to solve the production tasks. We have an important advantage here: students who obtain theoretical knowledge learn to use it in practice. Deep integration and immersion into the production process are ensured as the students must solve real production tasks.

72 projects being implemented at SUSU as part of project-based learning correspond to the advanced level of technology and the tasks that business is solving. They are approved by the leading Russian and global market companies. An enterprise suggests a project topic, then a set of study courses is being formed, and a team is being created. Two years later, as a result of the project, the team presents a device, system or software product. Cross-disciplinary interaction is characteristic of project-based learning. Thus, not just one student, who has solved the production problem, comes to the enterprise, but a whole team ready to implement the developed solutions.

During their training students take part in international engineering case championships. For example, there are MetalCup, or CASE-IN, where winners and awardees receive personal job offers from the leading Russian and foreign enterprises. The Interns project has been implemented within the ChelPipe Group’s “The Future of White Metallurgy” training programme. Senior students of the Department of Materials Science and Metallurgy Engineering take paid internship, after which they get permanent jobs at the factory.

One should add that apart from engineering knowledge other competencies that are to be developed during study are in demand as well. Strategic thinking, result orientation, the ability to manage a team or be a part of it, customer-focused approach, readiness for changes in the line of the company development are among the competencies. Graduates with these qualities are more attractive to the labour market.