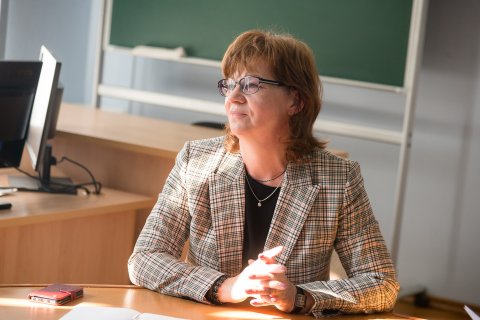 Plant milk, eggs that are not laid by a hen, or “plastic” rice are new technologies, which continue to amaze consumers. SUSU scientists discussed the topic “Food from Electricity” at a regular meeting of Gryphon Intellectual Club. The experts in various scientific fields expressed their views on the prospects and possible dangers associated with artificial food.

Useful for Us, and Harmless for Environment

The Gryphon Club President Igor Klebanov opened the meeting of the intellectuals. He spoke about the ambitious project of the Finnish colleagues, in the framework of which a protein mass has been obtained from air and electricity with the help of microorganisms. Does the humanity need this and similar projects? The experts tried to answer these questions.

The main speaker of the meeting of intellectuals was the leading research fellow, Head of the SUSU Department of Food Technology and Biotechnology, Doctor of Sciences (Engineering), Professor Irina Potoroko:

“We cannot state whether such technologies are impossible or not applicable. The research of the Finnish colleagues requires more in-depth study. There is a question of whether a profound evidential basis has been created or not,” shared her views Irina Potoroko. “This is an ambiguous topic; however we are interested in its discussion due to the fact that one of the research fields of the Department of Food Technology and Biotechnology of the SUSU School of Medical Biology also implies electrophysical impact, and ultrasonic exposure in particular. In my opinion, it may compete with the approaches proposed by the foreign colleagues quite efficiently.”

“We have an evidential basis that shows that we can activate or inactivate vegetation systems, influence microorganisms and use the specific components to create unique systems. In addition, our most important task is to integrate the components generated using ultrasound into food matrix efficiently. Then, useful substances can be delivered to the specific systems of a body with food. In particular, dihyroquercetin and fucoidan processed with the help of ultrasound can penetrate through cell walls and have positively effect on body at the cellular level. Moreover, we create biodegradable films, which can be recommended as food packaging. Thus, we solve an ecological problem. All the experiments conducted by us are focused on how to bring benefit to people and not harm the environment at the same time.”

“No doubt, there is a problem of shortage of food raw material for the growing population of the planet. The data show that there is a lack of food for 80 percent of the world population. However, there exists a problem of environmental abuse at the same time. Digestion evolution has been in progress for millions of years, if we speak of the metazoans. And what has been happening in the last hundred years? We see an onslaught of refined products. Hence, we face the growth of diabetes. A return to “green food” is a call to chew raw turnips! However, it is not mockery. In my opinion it is salvation.”

“In the 50s of the last century there was a fashionable trend of a non-slag diet. Everyone was fond of exclusively refined food from which fibre had been removed. In 10 years, adherents of that diet began to demonstrate the highest percentage of intestinal tract oncology. We can’t outsmart the evolution! It is another matter that we have modern means to find, interpret and follow these patterns of evolution. As for science, new knowledge like pieces of a puzzle fall into place, one way or another. It is necessary to develop the culture of healthy consumption. At present, to be healthy means to be a strong-willed person. It is especially important for teenagers to understand it. Now a generation is growing up, who are able to steer clear of bright-coloured carbonated drinks and candies. And it gives us hope.”

On This Side of the Necessary and Essential

Aleksandr Zurochka, Doctor of Sciences (Medicine), Professor, leading research fellow of the Institute of Immunology and Physiology of the Ural Branch of the Russian Academy of Sciences says:

“When scientists try to process microbes and obtain food products from them, this is a dead end. The point is that bacteria lack a number of amino acids, which humans need. Meanwhile, our body is not able to generate them either. We only get them from outside. It turns out that without a chain worked out for millennia we will not obtain a quality product, which makes a human being. Let us consider America as an example. 80 percent of its population are overweight. They have fast food and carbonated drinks… It is not clear what is it exactly that they eat and drink. In our country the situation is also alarming. The nutrition system was imposed on us; as a result, we received a sharp increase in the percentage of obesity among children. There are a lot of problems such as early diabetes, allergy, autoimmune processes and early impotence!”

“But in fact there is no problem of hunger on Earth, it is fictitious. Artificial food technologies can be interesting only for manufactures and for those who profit from them. Another thing is improving food quality. Our scientists have always focused on it. Just feel the difference: either chemical food, or high quality product with additives that have additional useful bioproperties. Bread, drinks with tested components, which do not harm the body... Gentle technologies are being developed. We do not use high-frequent ultrasound but the one that helps to soften and loosen. We are balancing on this side of the necessary and essential. Without healthy microflora, all our efforts will be in vain, no matter what superfoods we create. Some of them will not be digested, but will produce a number of inflammations in the intestines. It will result in the immune system disorders, inability to resist stress, allergies, cancer, etc.”

“When we talk about high technology we should not confuse the manufacturers’ greed for profit with real situations affecting the life and health of people. Fortunately, in our country doctors are on guard. At doctors’ urging the Rospotrebnadzor forced manufacturers to write food composition on the labels. We must always remember that food industry is not just earnings and piles of food that fill people’s stomachs. This is a main component of human health.”

There Is No Hunger and There Never Will Be

Igor Klebanov, Associate Professor and senior research fellow of the Department of System Programming of the SUSU School of Electronic Engineering and Computer Science, Candidate of Sciences (Physics and Mathematics), says:

“I am not a biologist, nor a medical specialist; I am an applied mathematics expert and want to add an optimistic opinion. 25 years ago the experts in applied mathematics proved that the problem of hunger because of the population growth on the planet was fictitious. Sergey Kapitsa built a model based on the analysis of demographic data around the world. It shows that by the middle of the 21st century, the Earth’s population will double, and there will be 14 billion of people. Then comes saturation. There will be no significant growth; there will be a small fluctuation in relation to this value. 14 billion people can be fed, in fact there will be enough food resources, provided we develop technologies.” 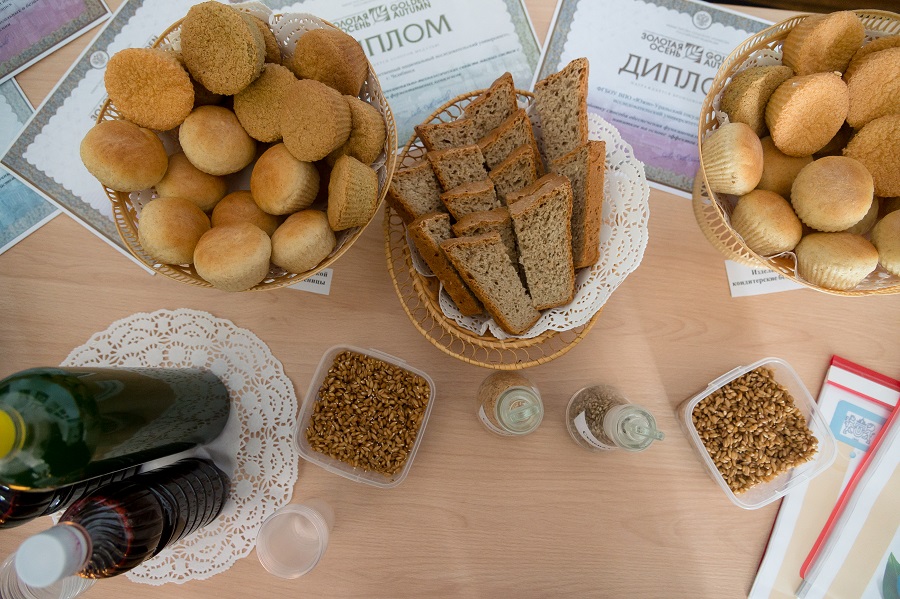 “As we have found out, to feed everyone is not a problem, the problem is to preserve health. No matter what we develop in relation to the production, there is always a consumer who will either buy and eat it, or not. Thus, we have a global problem of eating behaviour formation. It is not just about the intestines and the digestive system, but about a very complex brain structure as well. It includes the emotional component, nutritional settings, which have been formed since childhood. One should speak about the formation of eating behaviour within the framework of the national interest.”

“Fast food is a part of growing up. If we speak about healthy nation, we must talk about the nutrition of children first. We have such term as “artificial feeding”. It is necessary to seek and implement the technologies in this field, too. No doubt, there must be scientific basis, a code of ethics and product labelling for a consumer to understand what s/he eats.”

The experts agreed that the scientific progress is not subject to regulation. To the question on what is more preferable: green technologies, or flavour and appearance of food products imitation, Irina Potoroko answered the following:

“These fields exist in parallel. Personally, I vote for green technologies. There are agricultural resources available for this purpose in our country. However, it is impossible to refuse scientific developments in the field of artificial food. At the same time, we must educate consumers and explain the difference. All over the world, organic products have a higher cost, but there should also be an alternative. A person should understand whether s/he buys hard cheese or its analogue. At present, Roskachestvo is very active in ensuring that a consumer is not left in the information vacuum.”

It was an interesting and useful conversation, in the end of which the participants of the discussion and guests of the Gryphon Intellectual Club took part in the tasting of the products. Irina Potoroko introduced bread and confectionery with elements that have positive effect on the immune system. The products obtained with the help of innovation approaches have been patented, and have the legal and evidential basis of their functionality. Biodegradable films and a green-coloured chlorella-based drink were also presented. Nevertheless, SUSU scientists have just started to study the beneficial properties of these algae.