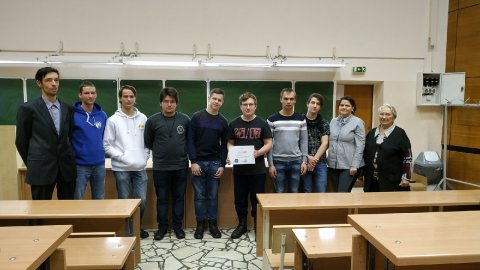 Traditional Povolzhskaya Open Mathematical Olympiad in the honour N.I. Lobachevsky has wrapped up in Kazan. Among the participants were students of South Ural State University.

The participants were offered to solve 11 interesting problems from various fields of mathematics: Linear Algebra, Analytical Geometry, Theory of Probability, Mathematical Analysis, and more. There was also a problem the solving of which required basic knowledge of Lobachevsky geometry.

You can look up the problems, solutions, and the complete list of results on the Olympiad’s web-site https://kpfu.ru/lobachevolymp/2019/rezultaty.

The Olympiad was held to honour the birthday of N.I. Lobachevsky.