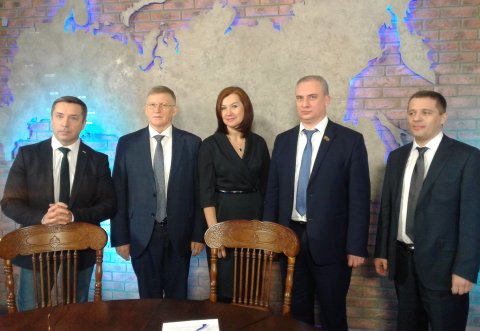 Last Sunday, Russia-24 channel aired Otkrytyi Razgovor (Open Talk) programme hosted by Viacheslav Afanasev. The guests of the studio spoke about the results of the project and analysis session "Chelyabinsk, a Smart City", which was held at SUSU.

Experts discussed an urgent topic on the prospects for digital development of the capital of the South Ural region. The round table brought together the Chairman of the Chelyabinsk City Council Andrei Shmidt, SUSU Rector Aleksandr Shestakov, SUSU Vice-Rector for Strategic Development Anton Korzhov, Associate Professor of the Department of Automobile Engineering Vladimir Shepelev and Director of the Geoinformation Systems Research and Education Centre Valentina Maksimova.

TV presenter Viacheslav Afanasev traditionally asked uncomfortable questions and tried to get direct answers. What does the phrase "smart city" mean? Why did they talk about the future of Chelyabinsk namely at SUSU? Transport, housing and public utilities, healthcare, education, environment ... As it turned out, the changes will affect all fields of our lives.

"In order to become a Smart City, it is necessary to develop information technology to a large extent. A smart city cannot exist without its application in all fields. The second very important thing is that all decisions that are discussed and made in the Smart City are based on analytics. On the one hand, it is big data, on the other hand, it is the creation of digital twins of all processes, which will allow us to see where the decisions might take us.

One of the results of the session was the signing of a memorandum between the university and the Administration of Chelyabinsk on the creation of the "Smart City" project management system at SUSU — the CityLab laboratory of Chelyabinsk. This will be a platform where the main problems and ways to solve them will be discussed by residents of the city, representatives of government, public organisations and business community. All these public institutions will operate to ensure that ongoing projects make Chelyabinsk's life comfortable. It is important to ensure that people do not leave Chelyabinsk, but rather aspire to live and work here. CityLab is a big responsibility. We have a complex of problems that we need to solve together."

"The national project called Digital Economy of the Russian Federation has been adopted, the roadmap has been developed. In March of this year, an agreement on the inclusion of Satka, Snezhinsk and Chelyabinsk in the list of Smart Cities was signed. It is obvious that today there is a need to introduce digital technology. This will produce a corresponding effect. For example, the organization of intelligent management of private and public transport, the creation of appropriate smart services for our citizens.

Conducting the project and analysis session is a unique experience. 10 groups worked, each of them proposed a real project, which possibly will be implemented in the future. Everyone has been heard.

The first task of the authorities is to create the conditions for such a conversation. It's great that mutual understanding has been reached, a memorandum has been signed, and the site has been launched. A roadmap has been adopted, in which specific activities, responsible persons for their implementation, resources are spelled out and deadlines are defined. There are a lot of projects that it would be difficult to fulfil without the university community. So, for example, one of the global projects is the creation of a digital twin of the city of Chelyabinsk." 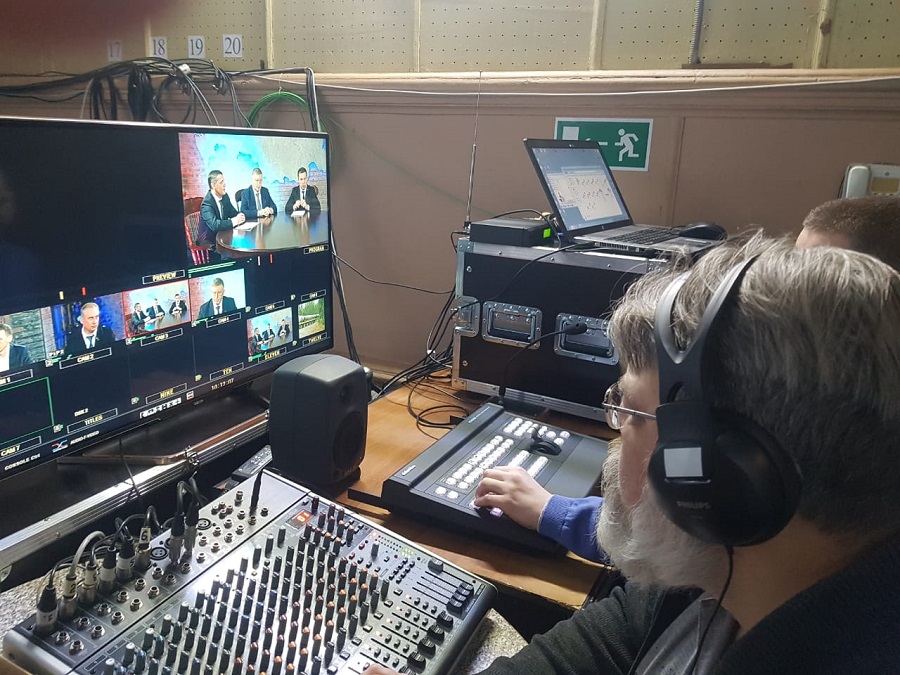 "The project allows assessing the dynamics of the spread of pollutants, identifying the polluting enterprise and subsequently quoting emissions. This programme is already running."

"We use the existing video recording systems and traffic cameras. Trained neural networks allow us to determine the number of vehicles and car accidents in a real-time mode. We have learned to identify and predict congestion, total toxic emissions resulted from street traffic, to predict their excess caused by atmospheric conditions. A pilot project has already been launched at one of the sites in Tyumen."

"Heat, gas, water, flood sensors, access control ... SUSU Administrative Service obtained operating control over the Centre for Operational Monitoring of the University's Utilities and Management Decision Making. As a result, energy consumption has been decreased by 11 percent, and energy security has been boosted. Today we scale up technology. These approaches and techniques will be useful for large industrial complexes of the Chelyabinsk Region."

The advantages of digitalization are obvious: these are saving and security. There is a lot of work ahead that will lead to global transformations of our life. Already in December this year, scientists from South Ural State University will begin to develop a digital twin of the Smart City.

Tatiana Stroganova; photo by the author