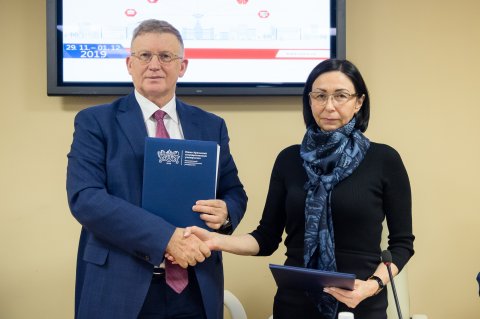 A project and analysis session, which was being held at South Ural State University November 29th through December 1st, closed with the signing by the Head of the City of Chelyabinsk Natalya Kotova and SUSU Rector Aleksandr Shestakov of a Memorandum on creating a system of managing a Smart City project.

The document is a confirmation of the intent of the city’s executive authorities and of one of the leading Russian universities to collaborate in such fields as forming the concept of the “Chelyabinsk, a Smart City” project, creating the conditions for conducting scientific studies and fulfilling advanced research and development in engineering and organisation-and-economic solutions and digital technologies, creating a digital twin of our city, and more.

A special SUSU CityLab will become a point of contact and an open platform for a holding a dialogue, uniting and coordinating the actions on the city authorities, the scientific and teaching, as well as the expert and business communities, along with enthusiastic city residents for the purpose of fulfilling the “Smart City” project in Chelyabinsk.

“This venue to hold the event was chosen for a reason,” stressed Natalya Kotova. “SUSU is one of the core strategic universities. We have reached a common opinion that we need each other, and the signed Memorandum is a certain protocol of intent, stating how we will be developing in the nearest future. Based on this Memorandum, we will be able to sign agreements in different fields under the “Chelyabinsk, a Smart City” project.” 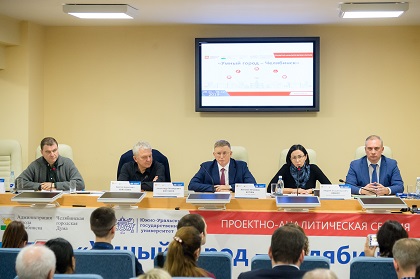 “Today, we are at the start of forming the strategy of a smart city. The agreement has made it possible to unite the authorities, business, science, education and people, who are interested in developing our megacity. I believe that this joining of forces will make us stronger in developing Chelyabinsk as a smart city. We should be selecting the best what is available in the world and adapt it to our conditions,” noted Aleksandr Shestakov.

For a number of days, participants of the 10 teams within the project and analysis session were not only analysing the world’s best practices in smart cities, including those of Singapore, Barcelona, Amsterdam, Stockholm, and Moscow. Their task was to elaborate the foundation for the future “Smart City” management system, including in the fields of housing-and-utilities sector, power sector, urban transport, business, town planning, education, health care, ecology, culture, and art. 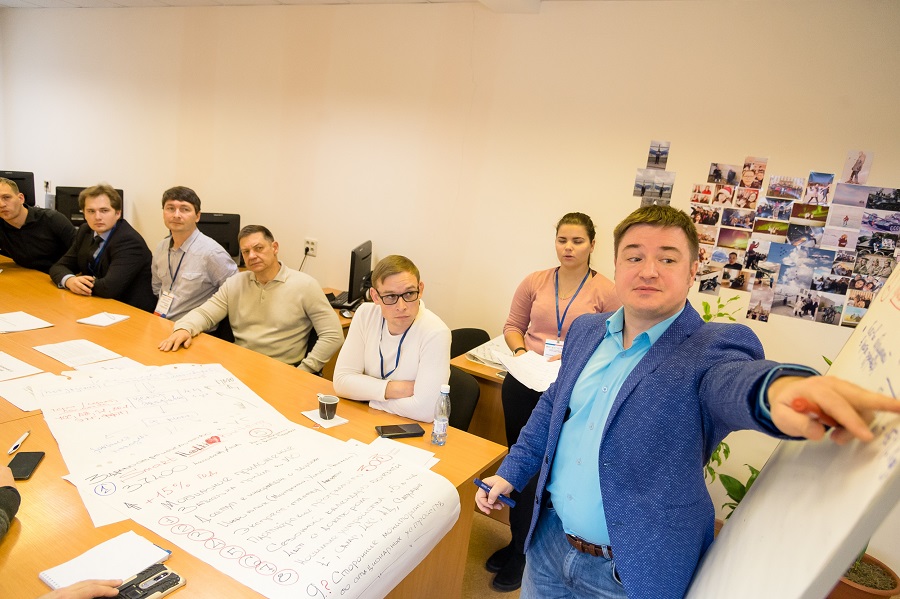 Members of the “Smart City Healthcare” project group suggested to use smart technologies in preventive medicine and voiced an idea of creating a unified repository of data on the citizens’ health status, which will unite municipal and commercial medical institutions, laboratories, health centres, sports complexes, and more.

This information will become available to each citizen of Chelyabinsk and his/her consulting physician through a mobile application, which will be constantly updating and upload new information about the patient automatically. Moreover, through the IoT the application will be able to collect and export data on a person’s daily physical activity, his/her heart rate, arterial tension, while notifying the patient on the abnormalities, new possibilities of therapy and methods of disease prevention.

“Modern Russian healthcare is facing a problem on engaging healthy population in taking consultations on healthy lifestyle. The solution to it is biohacking, a worldwide trend aiming at improving the quality of life. All of it gets a patient interested, catches his/her attention, and as a result, brings him/her to visit this or that medical organisation. In our case, biohacking becomes an application or a certain information platform, where a patient will be able to get not only a consultation or an appointment card to a physician, but also discounts from the healthy lifestyle partners, and in a most convenient and quick way. This is not just a complex program, which would remind a patient of a necessity to go get a vaccination, or of season-related diseases. Its deeper meaning is to keep reminding a person of his/her health status using his/her personal data. This is another global trend, which is known as health personification.”

The “Smart Public Transport” project group is planning on creating a system, which would allow to optimize the city traffic, as well as control the level of hazardous emissions from vehicles.

“One of the most efficient solutions has become the use of neural networks, what allows through the real-time traffic monitoring to solve the tasks on transport planning, do the diagnostics of road and transport infrastructure, as well as perform ecological monitoring. The implementation of such a tool will allow to predict and prevent traffic jams and excessive concentrations of exhaust gasses from automobile vehicles. There exist no such systems performing all of these task as of yet. This system will be efficient and cost-effective,” noted Candidate of Sciences (Engineering), Associate Professor of the Automobile and Tractor Faculty of the SUSU Institute of Engineering and Technology Vladimir Shepelev.

The team of the “Smart City Housing and Public Utility Sector” project group presented a project, the fulfilment of which will allow to reduce the power consumption by heat-supply systems by 25‒30%. A closed heat-supply system in the city of Chelyabinsk implies providing the consumers with a possibility to independently regulate heat supply in each building. The “Smart Power Sector” project also aims at reducing the consumption of electric energy in the city: the working group suggested to create smart public lighting. Within the “Smart City Education” block, it is planned to create a platform for training human resources with digital competences. The essence of the “Smart City Culture and Art” project implies the creation of a unified accessible cultural space in our city, where it would be interesting to spend time for every citizen. Central Park for Recreation and Entertainment named after Yu.A. Gagarin was chosen as the project fulfilment venue. On a territory like this it is possible to fulfil various cultural projects and hold numerous creativity events. The working group representatives specifically stress that the creation of such a space will not affect the relict pine forest adjacent to the park’s territory.

Within the “Smart City Ecology” block it was suggested to create a digital twin for the atmospheric air in the city of Chelyabinsk in order to model the predictions for its state, short-term and long-term (“Ecomonitor” project). Such an instrument will allow to model the events planned to reduce the ecological burden in our city.

To close the event, the participants noted that despite the global tasks and effort-demanding character of the process of forming of a smart city, the “Chelyabinsk, a Smart City” project and analysis session became a great starting point for positive changes to begin happening in Chelyabinsk.