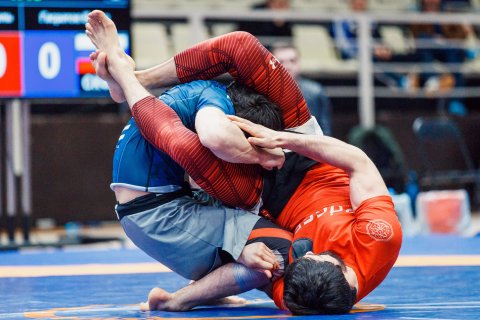 International students from South Ural State University won several awards at the Burevestnik Fight Team, Chelyabinsk Open Cup in Grappling, which is a type of martial arts combining the techniques of all wrestling disciplines.

Grappling is a combined wrestling, which includes all advantages of the separate wrestling disciplines to set the most effective and useful combat rules without striking. Grappling has more permissible techniques than other types of wrestling. The competition was organized by Burevestnik Fight Team.

Minister of Physical Education and Sports for the Chelyabinsk Region Leonid Oder; Chairman of Grappling Federation for the Chelyabinsk Region Arkadiy Nikitenko; Executive Director of the Chelyabinsk branch of All-Russian Union of Non-Governmental Organisations of the Russian Union for Martial Arts, Honoured Coach of Russia Oleg Stroganov; Deputy of the regional branch of All-Russian Non-Governmental Organisation “Officers of Russia” Mikhail Poluhin; and World Sambo Champion, European Combat Sambo and MMA Champion Maksim Novoselov took part in the opening ceremony. The special guest of the tournament was Anton Tarasov, the founder of RIO Grappling Club Chelyabinsk&Gelendzhik, D23 GYM, a holder of the Purple Belt in BJJ.

“It is a symbolic thing that Burevestnik Fight Team competitions are taking place on the All-Russian Sambo Day. I am pleased to see a lot of athletes even from other cities outside the region,” noted the Minister of Physical Education and Sports for the Chelyabinsk Region Leonid Oder.

The competitions were held as individual championships in various weight categories, and the fights were carried out by the round robin system. In every weight category the 1st place, the 2nd place and two 3d places were determined; in the absolute division there were the 1st place, the 2nd place and one 3d place. The winners were selected by the amount of points scored.

Four-time winner of Tajikistan Combat Sambo, MMA and Grappling Championships Komron Namozov says: “I have been practicing martial arts for a long time, and I’m keen on it because I like sport. By no means, the opponents were very strong in the competitions. My dream is to win MMA World Championship.”

Overall, 38 medal events were held at the competitions. The winners received medals, certificates and cups; the athletes, who took the 2nd and 3d places, were awarded medals and certificates.