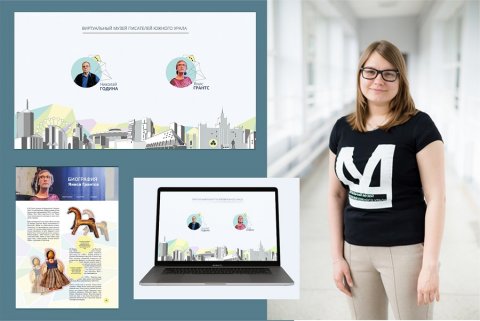 The Department of Design and Visual Arts of South Ural State University carries out its activities in collaboration with many departments of the university, creating high-quality products that contribute to the university’s image. Such design products include Virtual Museum of South Ural Writers and an advertising and PR promotion complex of the SUSU team for the Formula Student 2019 competitions.

The Department of Russian Language and Literature jointly with the Department of Design and Visual Arts developed the project called Virtual Museum of South Ural Writers, the graphic part of which was completed by the Bachelor's student Mariia Motaeva under the supervision of Associate Professor Olga Vorobyova as part of the final qualification work.

The goals of the design project were ambitious: to develop a website for the museum of writers Nikolay Godina and Yanis Grants, where the virtual space in the form of a 360-degree panorama of the museum rooms that was created by programmers. Thus, cooperation with designers and programmers allowed the Department of the Russian Language and Literature to open up new forms of educational content products. 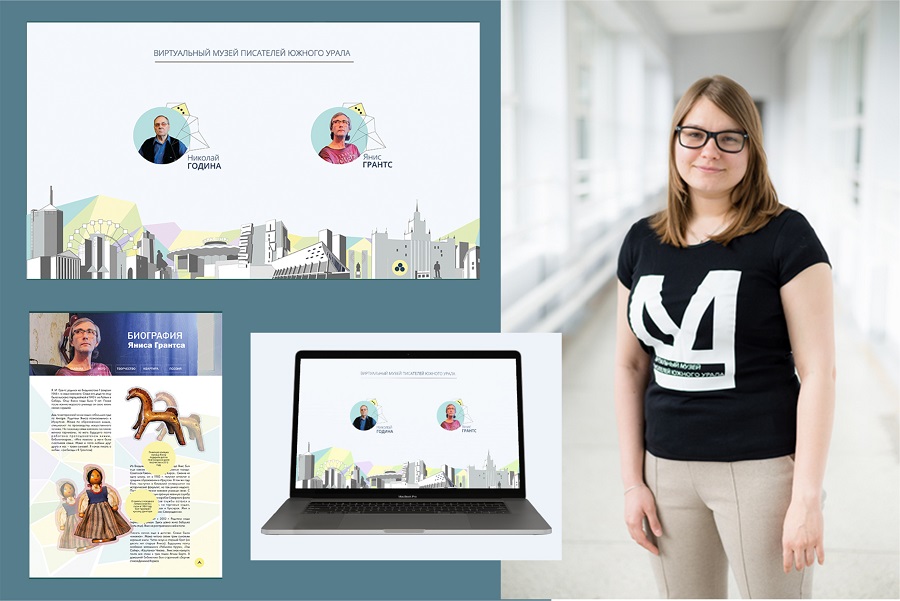 The cross-disciplinary approach to project-based activities proposed by the Department of Design and Visual Arts reflects the high-quality result of the design solution represented by the Virtual Museum of South Ural Writers. Such cooperation is consistent with contemporary trends in higher education and encourages students to achieve creative success and be engaged in active professional work.

In 2018, interactive information graphics was also performed for the SUSU Computer Engineering Centre.

In 2019, the Department of Design and Visual Arts developed the advertising and PR promotion complex for the SUSU team participating in the Formula Student 2019 competitions. 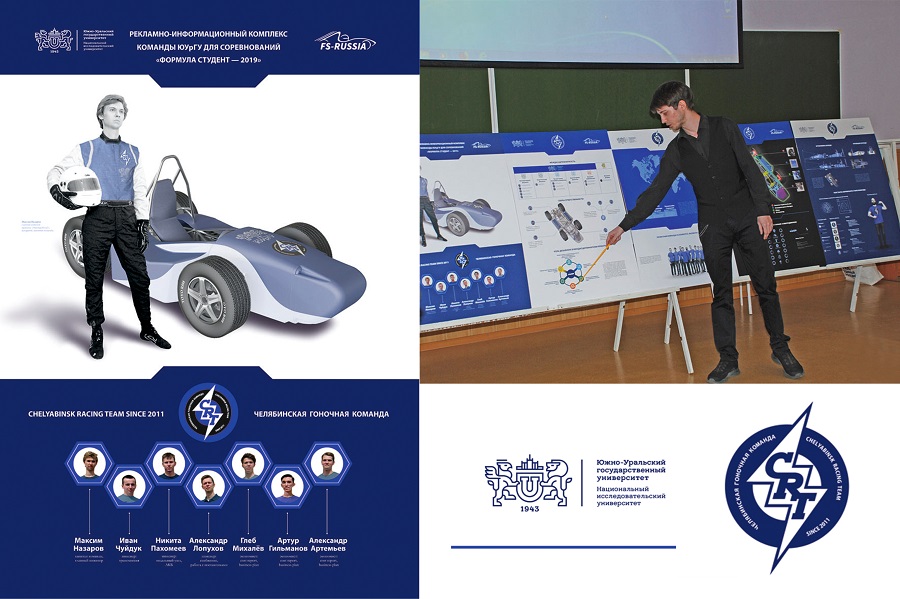 The development of design projects that support project-based activities of other university's structural units will become important for evaluating the work of the department’s staff, for self-assessment of the student’s creative growth and will contribute to building a positive image of the university.