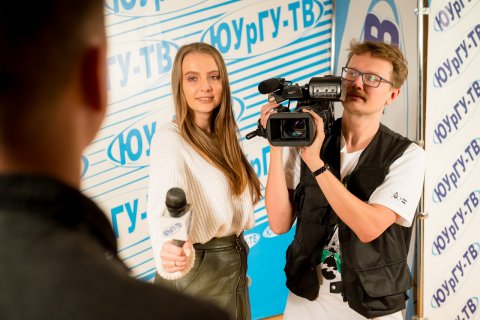 Since 2004, for 15 years now, the SUSU-TV student television and radio broadcasting company has been engaged in directing video plots, creating television programs, recording interviews, conducting telethons and providing the audience with urgent and interesting information about the university's scientific, innovative, educational and international activities.

"Our South Ural State University is a driver of research and innovation activities of the region," says Head of the Department of Journalism and Mass Communication, Doctor of Sciences (Philology) Liudmila Shesterkina. "Since 2015, the university has entered in the 5-100 program for the competitiveness enhancement among the major research-and-education centres. Thenceforth, the SUSU-TV channel began to be actively filled with stories that highlight the main directions of this innovative program."

SUSU-TV shooting teams have focused and focus now on the meetings of the International Scientific Council, information on the university’s being listed in international and national rankings, roadmap defence, key performance indicators, activities of the Office of Academic Writing, visit of the representatives of the 5-100 Project Office, publication activities, the most cited scientists of the university, the opening of research laboratories, etc. 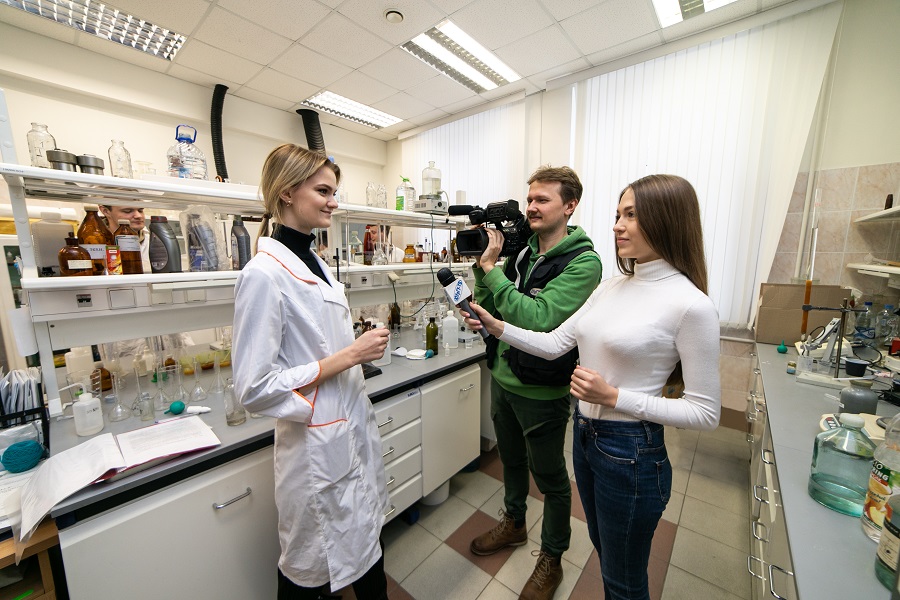 "More than 600 TV spots and news items have been prepared by the television and radio company on the topic of Project 5-100," said Sergei Gordienko, Director of the SUSU-TV broadcasting company. "More than 200 interviews with leading world-class scientists and scientists with the highest publication activity in leading scientific journals have been recorded. More than 100 image-building videos and video films about the activities of research and education centres, leading departments, and international laboratories have been televised. 9 films from a SUSU Scientific Schools series have been aired by the television and radio company."

In addition, the SUSU-TV television and radio broadcasting company has conducted large information campaigns for major and significant events of the university. Among them is the Russia-Kazakhstan forum held in 2017. Back then, the channel had broadcast 7 stories in the Novosti (News) program and 10 interviews with guests of the forum; as well as the Global Smart Industry Conference. During the conference, the TV channel broadcast 16 stories in the Novosti program, interviews with guests in the TV studio, and a story in the Molodezhnyi Prospect (Avenue of the Young) program. Every year, students and employees of the television and radio broadcasting company prepare films for the Day of Science, which summarize the results of annual scientific activities. In 2019, such a film is dedicated to one of the leading fields of the university's development, which is the digital industry. This year, a new author’s program Zolotoe Sechenie (Golden Section) by Assistant Professor and Senior Researcher of the Department of System Programming of the SUSU School of Electronic Engineering and Computer Sciences, Candidate of Sciences (Physics and Mathematics) Igor Klebanov also aired on the television channel. Each airplay is dedicated to advances in science, breakthrough research results, or relevant scientific tasks. In October 2019, SUSU successfully defended a report on the implementation of the Project 5-100 roadmap at the meeting of the International Scientific Council in Moscow, and the SUSU-TV television and radio broadcasting company continues to systematically give publicity to the university's achievements in the process of competitiveness enhancement among the world's major research-and-education centres.