URAL FEST: the Association of International Students and Alumni of the Ural Region to Be Established The Ural Forum of International Students and Alumni URAL FEST ended at South Ural State University. As a result of two productive days of the forum, a resolution was announced: the idea of uniting students from near-abroad and far-abroad countries who chose the universities of the Ural Region to gain higher education.

Liudmila Lapina, the Head of the SUSU International Office, told that URAL FEST became the first forum of this level for international students and welcomed more than 200 participants from the universities of Chelyabinsk, Yekaterinburg, Tyumen, Orenburg, and Ufa, with Asian, African, and European students among them.

“SUSU is a multinational university. We are located in the region with more than 150 ethnic groups that feel at home here. We organized the event, so international students could speak about the problems they are facing in the everyday life, and find the solution to them. I hope, that our forum has become a starting point for further development of international students’ associations of the Chelyabinsk Region and the Ural Federal District universities.” 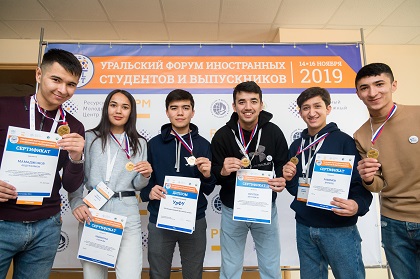 Today, the most productive form of collaboration between students from abroad are the Associations of International Students. Some universities are only considering organizing such associations, and thanks to the forum, all of them had the opportunity to discuss the matters of students’ integration into a new country, educational system, and cultural environment. But, the organizers and participants were not limited to the exchange of experience alone. Based on the results of the work, the final resolution on organizing the Association of International Students and Alumni of the Ural Region was drawn up. Vladimir Chetiy, the expert of the Forum, and the President of the Global Alumni Alliance, stated the details.

“We received many proposals, ideas, and certain questions that need solution, from international students. These are the questions of practical training, sociocultural adaptation, taking preparatory courses, and employment. Many representatives from different universities of the Ural region came to the Forum. I am really happy about it, because we set up a goal to unite international students from Russian universities into a single community. We are promoting the idea of club movement, so that international students could organize clubs, regional organisations, which would promote their interests to the university administration. It is really important that everyone’s voice is heard. Thus, we also fulfil a social function, because, being far from home, international students quite often are left alone with their problems. In this case, the support from their compatriots and their university is really crucial.”

According to the resolution, the Association of International Students and Alumni of the Ural Region is established in order to create a single community of students and alumni of the Chelyabinsk Region and nearest regions for joint solution of burning issues, fulfilment of projects, and exchange of experience. The participants of the Forum noted about the support for the program by the Government of the Russian Federation in the “Export of Education” priority project, and the desire to attract the world community's attention to the opportunities and perspectives of gaining education in the most prestigious institutions of the Ural region. 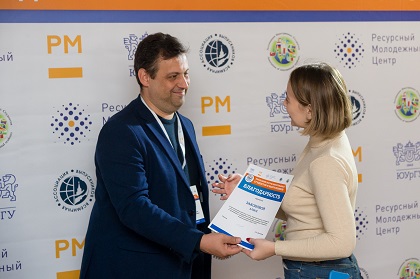 The participants and experts of the Forum decided to include Associations of International Students and Alumni from Orenburg, Yekaterinburg, Ufa, and Tyumen into this new community. Here, everyone will be able to seek help and support from its members. The student clubs network will allow students to unite according to their interests. All of these things will promote strengthening mutual understanding and friendship between students and alumni from different countries and nationalities.

“Each international student had a good impression, and one student from another city said: “I want to apply to your university!”. Our team is one big family, and we demonstrated it to the international students, who study in other cities of the Ural region. We will continue to do everything we have been doing for the last three days. Each international student received something new for their future. We found new friends, new experience, came up with new projects,” shared Uvindu Wijeweera, the President of the South Ural Association of International Students. 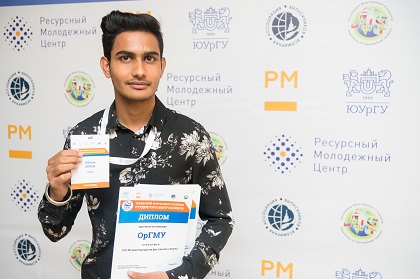 The Federal Agency for Youth Affairs Rosmolodezh provided the greatest support in organizing the Forum, and it was Valeria Chachina, the specialist of the International Student Support of the SUSU International Office, who had received the grant.

“An elaborated in detail application is a key of good positioning of your project, and I think this is what helped me tom get a grant and organize such event. The most difficult and interesting at the same time is always a collaboration with participants and partners. We had to agree on everything, so that everyone could come to us from different cities. This is the first Forum and we are planning to organize it annually, to expand its scale, to include more universities of the Ural and Siberian regions, to expand its geography.”

The Forum ended with the awarding ceremony of letters of acknowledgement to all participants and experts of the Forum and to the winners of sports games.