Scientists from South Ural State University conducted a detailed analysis of two outstanding works of Renaissance art and mannerism - paintings Madonna del Popolo by Rafael Santi and The Holy Family with Little John the Baptist by Agnolo Bronzino. The world-famous masterpieces of art belonged to private collections of the Ural dynasties Demidov and Stroganov. The results are published in the Journal of Siberian Federal University, indexed by Scopus and Web of Science.

A study of the paintings of Italian artists of the 16th century allowed scientists to make new observations regarding the theory and history of the manifestation of Renaissance and Mannerist styles in specific works. The paintings belonged to the collections of the Ural dynasties Demidov and Stroganov, prominent Russian entrepreneurs, patrons of art and philanthropists.

Thus, the “Madonna del Popolo”, equally known as the “Holy Family” by Raphael, is currently stored in the Urals, in the Nizhny Tagil Museum of Fine Arts, and came from the collection of the Demidovs. The history of Raphael’s masterpiece is connected with the personalities of the popes Julius II and Gregory XIV, the German emperor Rudolph II, Napoleon Bonaparte, and others. The second painting, “The Holy Family with the Little John the Baptist” Bronzino, is in the State Museum of Fine Arts. A.S. Pushkin in Moscow and belongs to the Stroganovs collection. Both works are of particular interest as the creations of the brilliant Italian painters of the 16th century, also because the founder of art as a science, Giorgio Vasari, turned to them. 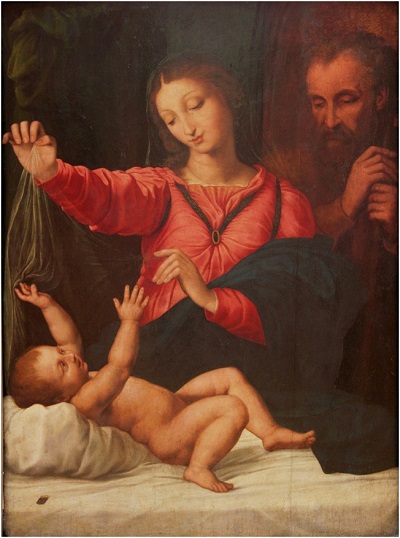 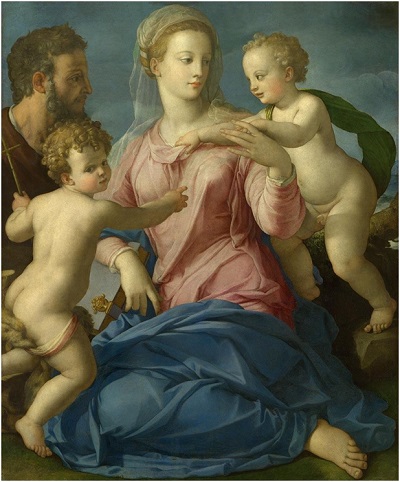 “The wide display of works from the collections of the Stroganov and Demidov dynasties allowed us the opportunity to appreciate and examine the stylistic features of these areas. Raphael represents a high Renaissance, the form and content in his work personify divine harmony. The image of the Holy Bronzino family is the antipode of Raphael. There is a decrease in sacredness, secularization, the conventionality of the tongue. In an allegorical form, the artist sketches an idealized portrait of the Medici family. One of the significant ways to produce a socio-cultural space is collection and museum and exhibition activities. In this multi-faceted process, the most significant are the works of art capable of simultaneously forming several levels of cultural identity, including universal, national and regional. We have carried out a study of museum and exhibition activity, which forms a modern socio-cultural space and includes works of art of the Renaissance and mannerism,” says Nikolai Parfentiev, head of the department of theology, culture and art of SUSU, doctor of art history, professor, honored worker of science of the Russian Federation.

Each of the works in its own way reveals the images of the Holy Family and, above all, the Virgin Mary and Christ. Pictures are on opposite poles. Raphael’s gentle, loving image of the Virgin Mary is illuminated by the most extraordinary light of spiritual life, which is an expression of the divine idea. The artist was destined to express the ideal of unearthly divine beauty and the dream of a beautiful person living in harmony with the world.

Bronzino, who lived in the era of Mannerism. When his lofty ideals underwent rethinking in the context of complex historical transformations, he presented his vision of the plot in the spirit of a secular event, almost removing religious content from it. 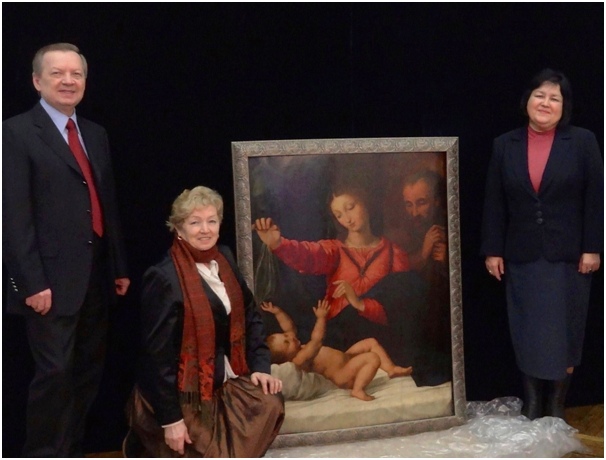 “In fact, Bronzino lowered the Holy Family from heaven to earth and produced an idealized portrait of an authoritative family of rulers, whose life is subject to etiquette and status. The prototypes of the artist were real members of the Medici family. Therefore, the image of the Virgin Mary represents an idealized image of the wife of the Grand Duke Eleanor of Toledo, the image of St. Joseph is the image of Cosimo I himself, and the image of the baby Jesus is the image of their son Giovanni. The essential condition of the souls of the heroes becomes the phenomenon of "alienation": they are immersed in their own world, in contemplating their own "I",” continues Natalya Parfentieva, professor, doctor of art history, Honored Artist of the Russian Federation.

Scientists consider the attribution of the Madonna del Popolo from Nizhny Tagil. They rely on the research of academician I.E. Grabar, who came to the conclusion that this particular instance is most likely the Raphael's Madonna del Popolo. Under his leadership, the restoration of this painting was carried out, which was found in the master’s house of the Demidovs in Nizhny Tagil in 1924. This picture of Raphael has an enormous number of copies. Some researchers attribute to Raphael her version - “Madonna del Velo” (Chantilly, Conde Museum, France). The authors of the article support the point of view of the art critic Grabar, supplementing it with the results of their own scientific search.

An analysis of the works of Renaissance (Raphael) and Mannerism (Bronzino) artists on a single gospel story made it possible to most accurately identify the features of these artistic styles and to reveal the influence of Renaissance artists on the work of the mannerists. Scientists also substantiated the activities of the patrons Stroganovs and Demidovs as the basis for the formation of the domestic socio-cultural space.