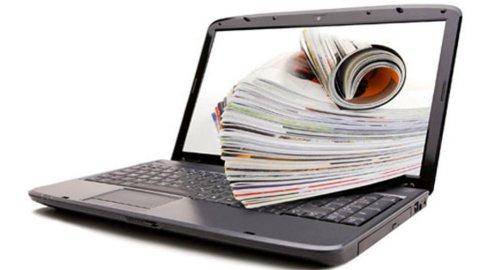 As part of studying the Mass Media System discipline, 2nd-year students of the Department of Journalism and Mass Communication at the SUSU Institute of Social Sciences and Humanities, the future journalists, will take part in the pilot project: “Mass Media Catalogue of the Chelyabinsk Region”. The students will be engaged in compiling an electronic catalogue of the current mass media of the Chelyabinsk Region. In almost every lesson they discover new publishments, they did not even know existed.

The situation changed in 2004-2007 when the Chelyabinsk media gave way to federal holdings: “Komsomolskaya pravda” (“Komsomol Truth”), ”AiF” (“Arguments and Facts”), “Moskovskiy komsomolets” (“Moscow Komsomol Member”). It is the federal mass media with the local Chelyabinsk inserts that currently take the leading position in the newspaper segment of the mass media market of the Chelyabinsk Region. The publishing boom of the 00s was followed by the shutting down a number of magazines and newspapers. But news agencies and online media appeared. New media platforms are constantly emerging and set up new rules for journalists. That is why, the process of studying the current state of mass media in the region is always relevant and useful for students.

“Studying the mass media market in all of its aspects gives students the opportunity to be well-informed while choosing their future career. So to say, “to try on” this or that format of the mass media," notes Liudmila Shesterkina, Head of the Department of Journalism and Mass Communication, Doctor of Sciences (Philology). "The students did a great job checking the information about each mass media, that will be included in the catalogue. Ministries and institutions of the region, the Union of Journalists, and libraries are already waiting for project to be completed”.

During the compilation of the catalogue, students acquire such skills as: the ability to work with information flows and sources; learn how to organize and analyze the information acquired; how to interact with modern information technologies; and develop presentations.

The electronic edition of the catalogue will be suitable for Internet users, while the printed version will become a resource book for the students of the Department of Journalism and Mass Communication at the SUSU Institute of Social Sciences and Humanities.