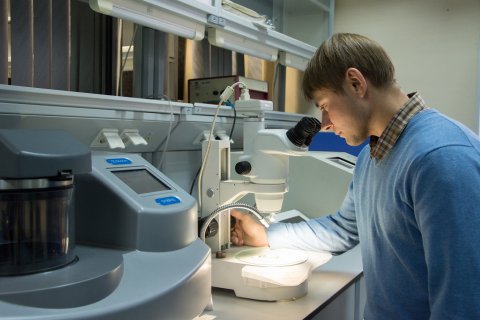 Senior researcher of the Laboratory of Crystal Growth at South Ural State University Vladimir Zhivulin has won a Russian Science Foundation grant to complete research on the gradient substitution of iron atoms in crystal structures based on M-type hexaferrite. The creation of these substituted structures opens up new and more broad opportunities for precise adjustment of the electrical and magnetic properties of functional materials in the production of modern microwave and electronic devices. The results of his research have been published in the highly-rated Journal of Magnetism and Magnetic Materials.

Creation of New Materials for Electronics

Modern interest in ferrites is related to the high demand for high-frequency electronic component base elements, which are widely used in modern engineering and instrumentation. Modifying the chemical composition of hexaferrite leads to changes in its properties within a fairly wide range, which makes it possible to adjust the properties of the material according to industrial needs. Therefore, study of the structure and properties of such materials is of great importance.

"The cultivation of single crystals is carried out using alloys with a complex composition, including oxides of iron and barium (or strontium, or lead), oxides of replacement elements, as well as solvents – oxides of boron, sodium, and so on, which make it possible to complete the cultivation process at relatively low temperatures – no more than 1400 degrees. Careful experimental study of the structure and properties of the crystalline phases obtained in this manner in some cases demonstrates that the formation of not just substituted structures, but of crystals, in which the degree of substitution of iron varies smoothly or abruptly. In fact, the formation of crystal structures with gradient substitution is observed," says Vladimir Zhivulin, Candidate of Sciences (Physics and Mathematics). 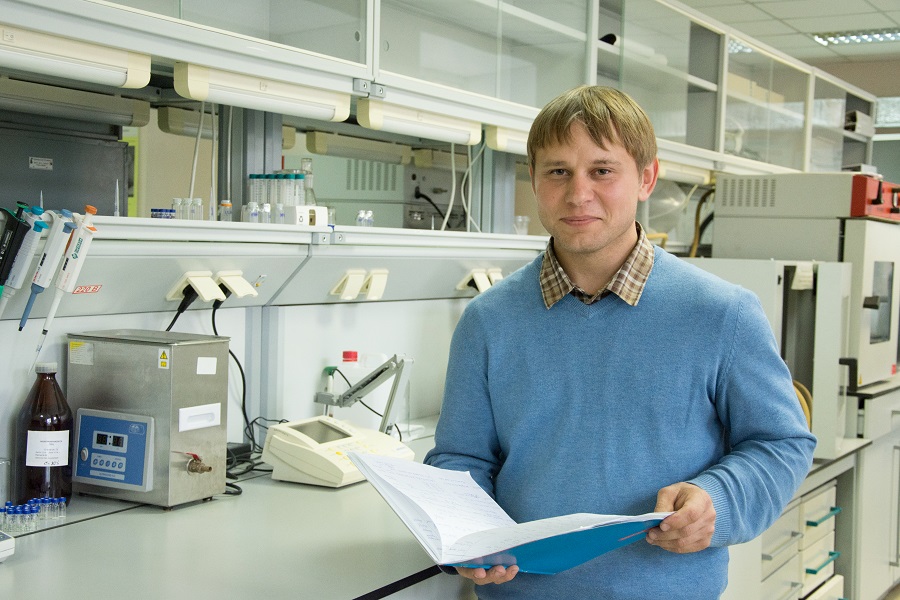 Hexaferrite barium single crystal has the property of absorbing electromagnetic waves in a particular rather narrow range of frequencies. The implementation of gradient substitution will make it possible to expand the frequency range of the absorbed electromagnetic radiation, or to realize the possibility of a smooth change in the absorption frequency with the help of one single crystal. Such materials are of great interest for the production of microwave electronics.

The South Ural State University researcher plans on conducting fundamental studies aimed at understanding how gradient substitution in a single crystal is realized, which factors affect the manifestation of this effect, and how they do so. The information obtained in the future will make it possible to control the effect of crystal formation with gradient substitution, obtaining structures with the desired parameters.

“Today, single crystals are of great interest since they can provide for high-quality final products, have a wider range of applications and a minimum number of defects, but the process of creating them is very complex. In the Laboratory of Crystal Growth, under the leadership of Dr. Denis Vinnik, single crystals are being grown successfully. Bulk single crystal structures of hexaferrites with significant level iron atoms substitution have been created only at SUSU. In the course of the conducted experimental works through structural modification of barium hexaferrite by replacing iron with various elements, it has become possible to obtain polysubstituted M-type ferrite, for the first time in the world," emphasizes Vladimir Zhivulin.

The results, which should be obtained through the planned work, will serve as the foundation for the creation of new functional materials based on gradient substituted crystals of M-type hexaferrites, which are promising for various fields of modern electronics. The project by South Ural State University researchers will evolve in the direction of the Russian Federation’s strategy for scientific and technological development in part of the transition towards new materials.