SUSU Students Presented Their Project in the Steel Start Contest 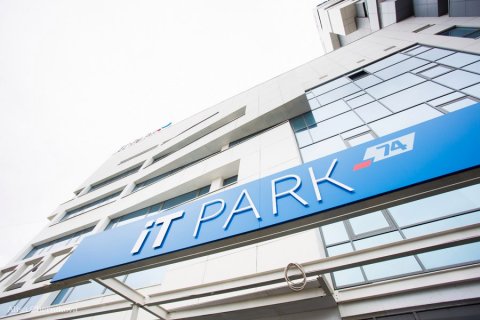 The final of the Steel Start - Accelerator of Projects for the Metallurgical Industry of Chelyabinsk Region contest was held at the site of the regional operator of the Skolkovo Foundation in Chelyabinsk. Students of South Ural State University presented their project, which was highly appreciated by representatives of leading metallurgical enterprises in the region.

Applications had been accepted in such fields as State-of-the-Art Production Technology, Digital Transformation, Process Safety, and Robotization and Automation. The teams presented their developments to potential employers, including the Chelyabinsk Pipe Rolling Plant, Mechel, Magnitogorsk Iron and Steel Works, Skolkovo Foundation, and Zlatoust Electrometallurgical Plant.

"Our project is aimed at studying the influence of the manufacturing processes of pipeline parts (T-bends, valves, etc.) on the structure of the original high-strength plate of pipe steel made by controlled rolling. As a result of deformations and repeated high-temperature heating, the initial structure of the plate, and therefore the properties of the steel, in the finished part can undergo changes, including with the maintenance or loss of the advantages of the ingoing material. Our goal was to find the necessary combination of operations with optimal parameters that would allow to obtain products with a high range of performance characteristics while using the advantages of the original high-strength plate steel," says Nikita Zavartsev, Master's student of the Department of Materials Science and Physics and Chemistry of Materials of the SUSU Institute of Engineering and Technology.

The relevance of this field lies in the fact that the service life of an entire pipeline depends on the quality of the connecting parts. In addition, it is necessary not only to maintain the strength and plasticity of the ingoing materials, but also to obtain parts that can be resistant to low temperatures and can be used at − 40‒60°С.

In total, 52 applications had been submitted for the contest, and only 25 promising projects were selected. The main task for all participants was the use of technologies that help ensure the rapid growth of the national economy, including with the help of new production technologies, virtual and augmented reality technologies, and other fields.