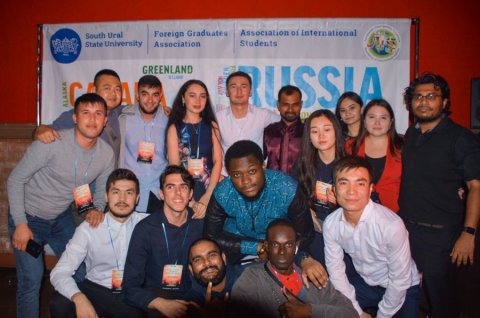 The event was held in order to introduce new international students to other students, and inform them about the Association of International Students activity. The concert program included art performances by students from all around the globe. Also, the students competed in various contests and lotteries, where they had a chance to win thermo mugs, t-shirts and flash drives with SUSU logo on them.

Diana Tazeddinova, a postgraduate of the Institute of Sport, Tourism and Service, and member of the Association of International Students, noted that such event is already held for the second time. The previous event took place during the SUSU’s Anniversary week and was dedicated to the 5th anniversary of the Association of International Students.

“When we hold such events, it is really important to us to tell new international students about the prospects of development at SUSU, how they can engage themselves not only in science, but also in art activities. This time, about 300 international students took part in “AIS-party”, and all of them enjoyed it,” says Diana.