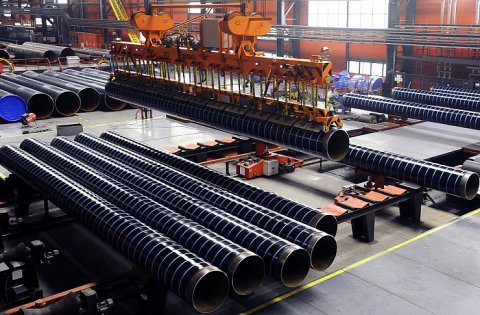 Samsung Electronics, the Korean company, held the interuniversity finals of the Internet of Things Project Contest in MIREA – Russian Technological University, in Moscow. 12 projects in the “Research” and “Business and Society” categories were presented. According to the results of the contest, two residents of Chelyabinsk became laureates: Sergey Аntonov , who won the 2-nd place in the “Business and Society” category, and а Samsung IoT Academy graduate Sergey Кuznetsov , who won the Grand Prix. This year, a special award “Best Teacher of Samsung IoT Academy” was established and received by their mentor, Evgeniy Кanashev.

“The victory on the all-Russian level is a result of our students’ thorough research work,” says Evgeniy Kanashev, the SUSU Senior Teacher of the Department of Automation and Control. “For example, the project of Master’s Degree Student Sergey Kuznetsov, even if we put aside the resources saving aspect, can significantly increase the reliability and safety of gas and oil pipelines, and prevent accidents on water and heat pipelines.”

According to Evgeniy Kanashev, with the help of the Internet of Things technology, Sergey Kuznetsov constructed and designed a smart device with autonomous power, which automatically signals a pipe break. In a case like this, the LED indicator lights up immediately. The device works on “batteries”, based on LoRa wireless technology for transmitting data over relatively long distances. Besides, there is also a radio transmitter, transmitting data to the base station, including a visualization interface. Upon receiving the alarm signal, the operator immediately sends a team of repairmen to the site of the breakthrough.

As the developers added, the potential investors from “Croc” company, Moscow (it has a branch in Chelyabinsk), are already interested in the new product and are ready to launch it in mass production. But, for such purpose, not only a prototype, but also a more powerful industrial sample, is needed.

“We are planning to patent our technology,” says Sergey Kuznetsov. “And, in addition to LoRa, we are considering other wireless data transmission systems. One option is the NB-IoT technology, used by one of the mobile operators. As an experiment, this mobile operator is ready to provide us with a ready-made communication channel. We won’t even have to look for the component parts. We are already working on improvement of our device.”

According to the developer, he is studying other possible schemes for diagnosing the condition of pipelines, for example, using acoustic methods.

“We are considering the option of applying our technology in the housing and utilities sector,” summed up Sergey Kuznetsov. “In my opinion, an integration into the existing electronic services on detecting the leakage of heat, water, gas, pressure drop, temperature, and other alarming “symptoms”, is possible. Thus, a single universal system of utility networks reliability can be created in the near future.”