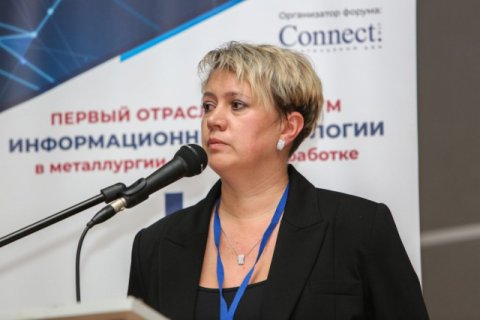 South Ural State University took part in the first industry forum called Information Technologies in Metallurgy and Metalworking. Liudmila Radionova, Head of the Department of Metal Forming of the SUSU Institute of Engineering and Technology, became the only representative of a higher school in Russia to address the leading metallurgical enterprises of our country.

The forum participants believe that digital technologies in metallurgy are less developed than in other sectors of the economy. According to experts, the leading sectors are the banking sector, communications and the oil and gas industry. Therefore, in the coming years, the metallurgical industry will have a lot of work to do in the field of digitalization, and in this regard, the training of competent employees who are in command of information technologies will be of particular importance. The Head of the SUSU Department of Metal Forming made a report on Staff Training for the Metallurgical Industry in the Context of Digital Transformation:

"Using the example of our department, I reported about what specialities, fields of expertise and training programmes we have, and how we train future metallurgists for Industry 4.0 in the context of transformations. First of all, it is computer and mathematical simulation of metal working processes. Today these competencies are the most sought-after by manufacturers. The conference participants were also presented with our experience in the development and use of equipment for metal-forming processes, such as rolling and drawing mills, and hydraulic presses equipped with a data collection system. We teach students in laboratories to work with sensors, collect data from them and then process these data in order to use them to complete the metallurgical process and improve product quality. The third important point of the report was additive technologies, which are in demand at metallurgical enterprises for the recovery of tools and equipment parts of process units," noted Liudmila Radionova. 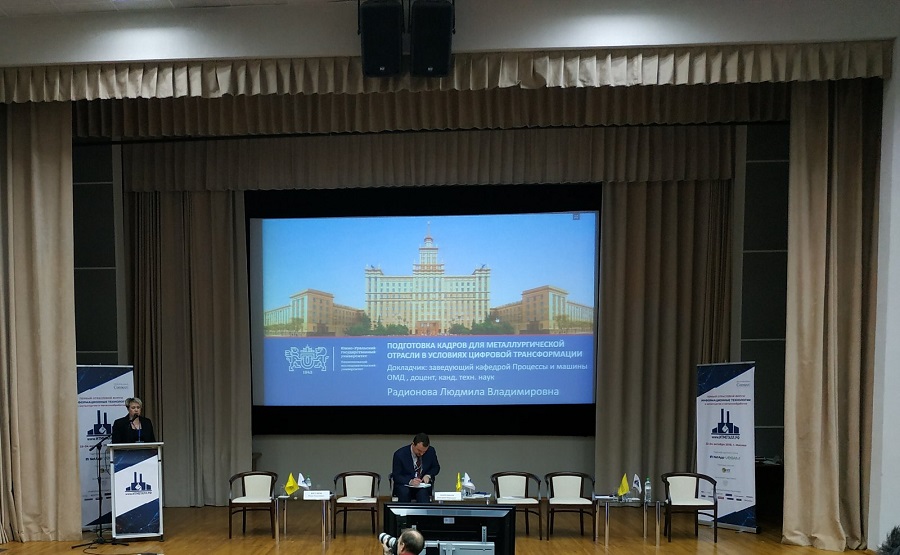 During the forum, many representatives of metallurgical enterprises identified a serious staffing problem. Liudmila Radionova also tried to attract attention to this very serious problem. Currently, the number of budget places in the metallurgical sector is decreasing from year to year. Liudmila offered the forum participants to discuss the possibilities of developing new forms of cooperation for training of specialists who will be capable of working effectively at high-tech metallurgical enterprises. One of these forms of cooperation may be project-based learning, which is a new educational technology at SUSU aimed at the implementation of projects developed by senior students of undergraduate and graduate programmes jointly with employers.

In this regard, the Department of Metal Forming received a promising proposal from the Chelyabinsk Pipe-Rolling Plant (ChelPipe). The plant took the initiative to organize training on a commercial basis for the ChelPipe employees with secondary vocational education in the Bachelor's degree programme in the field of Metal Forming.

Among other participants from SUSU who attended the forum were a postgraduate student of the Faculty of Mechanical Engineering, and postgraduate students and a graduate student of the Faculty of Materials Science and Metallurgy Engineering, for whom this experience has become a valuable contribution to the development of professional and scientific competencies. In particular, for Maksim Zhludov, the graduate student who is implementing a project on digital technologies in pipe rolling as part of a grant under the UMNIK program, the forum became an opportunity to learn about the possibilities of applying his ideas at other enterprises in the metallurgical industry.