Russian Scientists Are Investigating the Mechanisms of Antibiotic Action 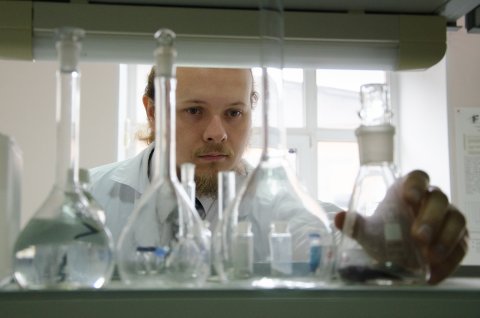 Gennady Makarov, a young scientist of South Ural State University, is researching a bacterial ribosome. The results will discover applications in creating a new antibiotic that can overcome the maternal systems of bacteria. The project is being implemented under a grant from the Russian Science Foundation.

The need for this study lies in the fact that existing antibiotics frequently do not affect patients due to the fact that the bacteria have mutated and become resistant to their action. New, fully synthetic antibiotics could be active against such resistant pathogens but have yet been undeveloped.

“The fact is that half of the families of antibiotics act on the ribosome of a bacterial cell. Ribosomes are cell organelles, massive complexes of proteins and RNA that are responsible for protein synthesis. Antibiotics represent the “pillar” of our quality of life, and it is thanks to antibacterial drugs that bacterial infection does not present an insoluble problem for us. The golden era of antibiotics came in the 1950-60s when modern drugs were introduced rapidly into medical practice and made it possible to achieve significant results. However, already in the 1980s, persistent bacterial strains spread intensively in the world, and antibiotics ceased to act. We strive to understand the mechanisms of action of the bacterial ribosome and, on the basis of the data obtained, to understand what the new antibiotics should look like,” said Gennady Makarov, Senior Research Fellow, Research Laboratory for Multiscale Modeling of Multicomponent Functional Materials, SUSU.

What should be the new antibiotic?

One of the important problems is bacteria constantly have the ability to mutate and become resistant to drugs. Therefore, hospitals remain the space in which a variety of pathogenic bacteria constantly come into contact with antibiotics. Their doses are insufficient to destroy the bacteria but sufficient select and resistant bacteria to the drugs used. And a person who becomes infected with any infectious disease caused by such resistant bacteria cannot be treated with antibiotics.

Another problem is the search for new antibacterial drugs is difficult, as scientists have already found a large number of natural antibiotics. And the discovery of another natural antibiotic will not remain a solution for the reason that bacteria with a significant probability already have a system of protection against its action. In this regard, there is a need to create fully artificial, synthetic antibiotics, to which bacteria cannot adapt for a long time.

“The antimicrobial effect of antibiotics is required to impaired protein synthesis in bacterial ribosomes, and a new synthetic antibiotic will be created based on knowledge of the structure of the ribosome. Having received it, we will have to introduce it into medical practice and cease the use of old antibiotics. Their use will again become possible in 50-100 years when bacterial strains resistant to them ceases to circulate,” said Gennady Makarov.

The failure of antibiotics is frequently associated with the fact that they cannot penetrate the bacterial cell. So, pathogenic bacteria form a protective film and resist UV radiation, are unamenable to disinfectant reagents. The new antibiotic will have to circumvent existing resistance mechanisms and typical bacterial mutations. It must have high permeability, which would allow fighting tuberculosis and other dangerous infectious diseases.