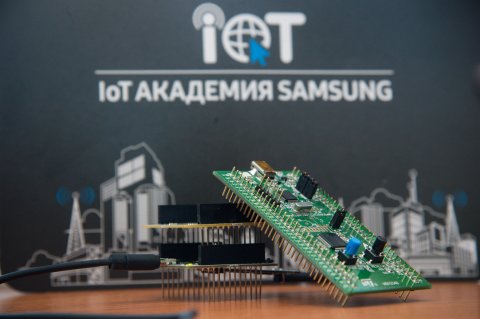 South Ural State University is cooperating with the world’s leader in the sphere of informational technology and radio electronics – the Samsung Company. Students of South Ural State University have a chance to learn today’s most demanded technologies for free, within the programmes of Samsung IoT Academy in a unique training lab designated to study the technologies of the Internet of Things (IoT 0 Internet of Things) at the School of Electronic Engineering and Computer Science.

Samsung IoT Academy is a social-and-educational project on development of a Centre of Expertise on the Internet of Things and Intelligent Data Analysis, being implemented by the Company in the leading higher education institutions of Russia. IoT is considered as the next stage of the Internet development, an inextricable part of the fourth industrial revolution – the Industry 4.0. It assumes creating a united network of multiple devices, household appliances and industrial equipment included, with the use of various communication channels, which allows receiving and analyzing a larger volume of data. Thus, devices equipped with the latest inventions in this sphere will not need direct participation of a human to control it. These devices are intended to make people’s life easier and favor an increase in performance of companies.

Experts of the Company’s Research Centre elaborated a copyright educational course and teaching materials intended for 2 academic semesters. There is a specialized IoT Laboratory opened at the SUSU School of Electronic Engineering and Computer Science in 2018, equipped with mobile and wearable Samsung devices for rapid prototyping and with Artik microcomputers. The work of students based on specially developed materials with the use of hi-tech devices of the Company is an excellent example of implementation of project-based learning which is being actively introduced in the education process throughout all academic subdivisions of South Ural State University, the goal of which is to give students a chance to create real projects within the walls of their alma mater under supervision of experienced lecturers, and get the skills necessary for a successful professional activity. 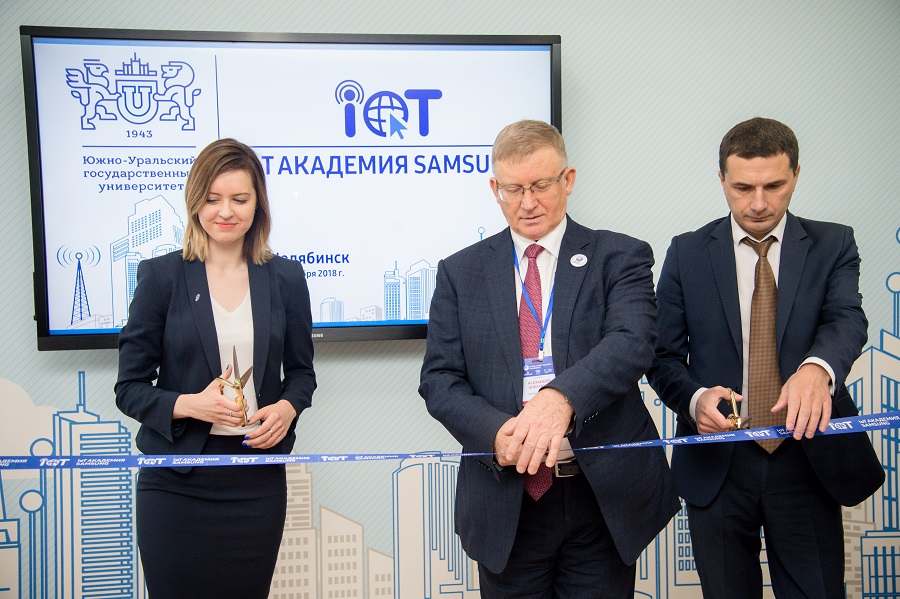 Photo: Opening the SUSU Laboratory of Samsung IoT Academy in December of 2018

“Samsung Company is one of the world’s leaders in the sphere of digital industry. The Internet of Things is an important and perspective direction for SUSU as it fits into the project-based learning technology, which is being successfully implementing at SUSU. I hope that the university’s closeness to the Internet of Things will be useful from the position of developing these ideas in Russia,” noted the Rector of SUSU, Aleksandr Shestakov.

The partnership between SUSU and Samsung Electronics Company allows the university to perform training of specialists in the sphere of Internet of Things and methods of big data mining, who are going to work in this direction not only abroad where the IoT sphere so far is more developed, but also in Russia, particularly in its industrial centre – in the Southern Ural.

“Samsung IoT Academy is a unique IT project which allows getting students involved in project activity. It allows using our partner’s equipment in the education process. It also allows coming up to the federal level and compare the level of training of our students and projects with the level of training of students and projects in the leading universities of Russia,” comments Director of the SUSU School of Electronic Engineering and Computer Science, Gleb Radchenko. 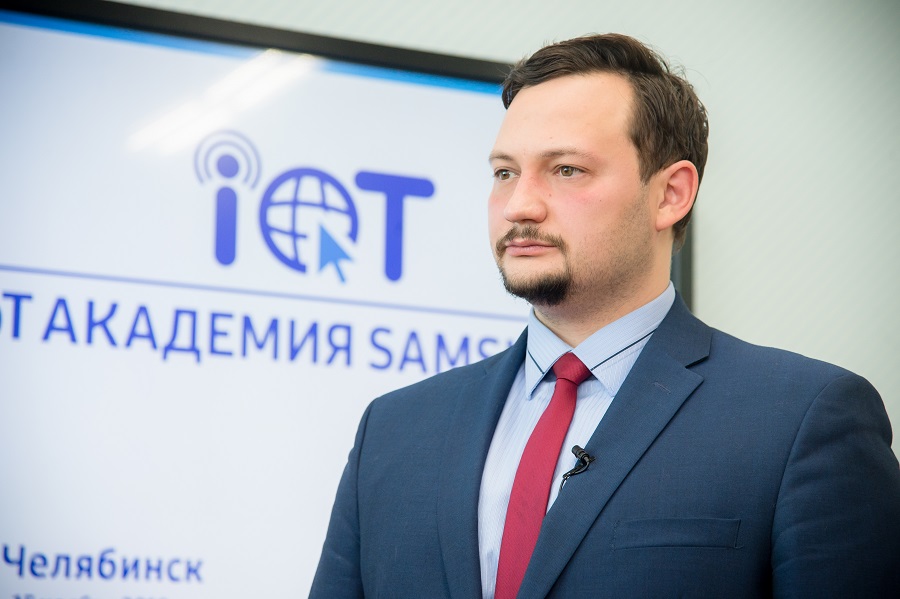 Photo: Director of the School of Electronic Engineering and Computer Science, Gleb Radchenko

Samsung Electronics Company provides lecturers with methodological and technical support, including the access to the distance learning system. Brand-new equipment has been assigned for the specialized IoT Laboratory: packages for rapid prototyping, Samsung ARTIK microcomputers, and other devices. Within the year-long course of the Samsung IoT Academy, students will study the key aspects of the IoT technology, develop their own projects and get a chance to compete against the best graduates of the programme in a federal contest of projects.

On September 13 of 2019, interuniversity finals of the contest of projects in the sphere of the Internet of things held by Samsung IoT Academy took place. Projects of the participants qualified for the finals were evaluated by the jury in the following criteria: technical implementation, practicability, originality, and experimental testing.

In the finals, the team representing SUSU’s School of Electronic Engineering and Computer Science, supervised by a lecturer at the Department of Automation and Control, Evgeny Kanashev, presented three projects. By the contest results, project of a SUSU student Sergey Antonov was placed the 2nd in the category of Business and Society, and Sergey Kuznetsov received Grand Prix. Established this year was a special prize for The Best Teacher of Samsung IoT Academy, which has been awarded to the SUSU lecturer Evgeny Kanashev.

Let us note that ensuring research and educational support for transition of the regional industry to the Industry 4.0 is one of the key goals of the university. Solutions based on application of IoT technologies might become widely used in various spheres of economy and industry.