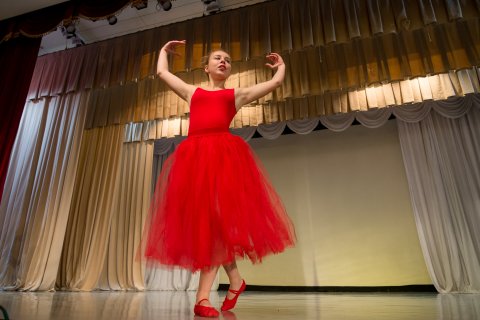 Selection rounds of the student art festival among freshmen are being held at South Ural State University. Students are showing their skills and fighting for the opportunity to take part in the finals on October 17 and win prizes.

Over the years, the festival has been opening a way for many talented students to various major contests. This is a sort of a launch site for putting creative ideas into life and realizing ambitions.

“The main purpose of “SUSU Talent” is to reveal natural gifts of our freshmen. We want to give students the opportunity to try themselves on stage and, later on, have a chance to work in any Recreation Centre team,” shared the jazz vocal teacher, DV-show Soloist Elena Shishova. 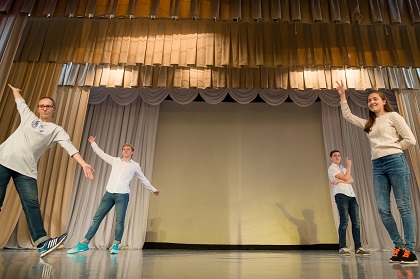 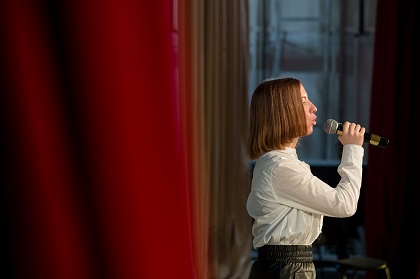 Selection rounds last for a number of days. On the 1st day of the selection rounds, each of the participants showed their talents during vocals performances on the stage at the Activity Hall. The presented performances were really versatile: from a cappella to self-penned compositions to Rammstein music. The participants sang in Russian, English, Chinese, and Tatar languages.

“We are going to perform as a duet with a lyrical song: I sing, and she plays the guitar. The most important thing to us is to sing with soul. We came to simply enjoy our performance, and we like what we do. And if we like it, the audience will appreciate it as well,” said the contest participants Polina Pavlova and Anastasia Kovchena.

According to the jury, when assessing vocals, they, first of all, pay attention to the physical and creative freedom on stage, freedom of expression, and further on, to the professional factors, such as intonation, vocal (voice, academic training).

“We see and hear many talented people: this is really amusing, and we hope that these people would reveal their talents and develop them. For this purpose there are a lot of teams formed in the Recreation Centre,” shared Aleksey Prosekov, Head of SUSU “Primavera” choir. “We will not be able to take everyone to the finals, but, we hope, that these people would still find their niche in the university’s creative life.”

The next auditions were about choreography. There were a lot of contemporary and classical dances, ballroom dances, as well as ballet on stage.

“I wanted to reopen myself, bring back the freshness of a dance. I adequately take jury criticism: the more, the better. This gives me a new motivation – to make everything perfect,” said Anastasia Malysheva, a contestant.

All contestants receive recommendations and advices on how to develop their skills and improve results before the finals and in their further creative activity.

“Since the performances are held in a stage format, the jury looks, first of all, at the artistic load. One of the main objectives is to give the students right directions on how and where to develop, somewhat help them, or give a hint. We pay more attention to the overall impression and potential of a participant,” shared Ekaterina Galanova.

All the participants, chosen by the jury, will perform at the finals and will be invited to the university’s creative teams.

The final performance and the awarding ceremony will be held at the Activity Hall at SUSU on October 17th at 15:00.