SUSU Students among the Best Conductors of Our Region 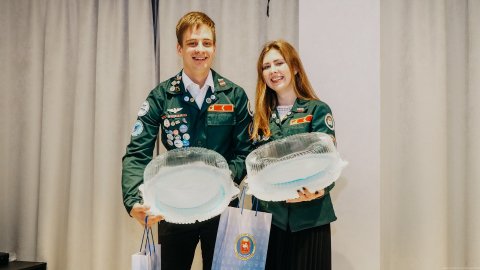 The closing ceremony of the third working semester of the consolidated Student Conductors Team “Magistral” was held at Park City hotel. The results were summed up and distinguished student conductors were awarded letters of acknowledgement and certificates. Each service member was awarded a recognition letter from the Head of the Ural Branch of АО “FPK” for providing high-level services.

“I would like to congratulate everyone on the anniversary of our movement. 60 years for the good of our country is a serious period of time, during which student teams are the strength of our country. I would like to congratulate you on the completion of the third working semester! The long-standing friendship with student groups tells me that for many people this is not a holiday, it is more of a lyrical event. It makes you sum up the results of thousands of kilometres, and dozens of new acquaintances. I wish you to start preparing for the next working semester. Tselina 2020 is right around the corner, and soon you will again go across the country on board your favourite trains,” said Sergey Avdeev, Chelyabinsk Vice Mayor for Social Development. 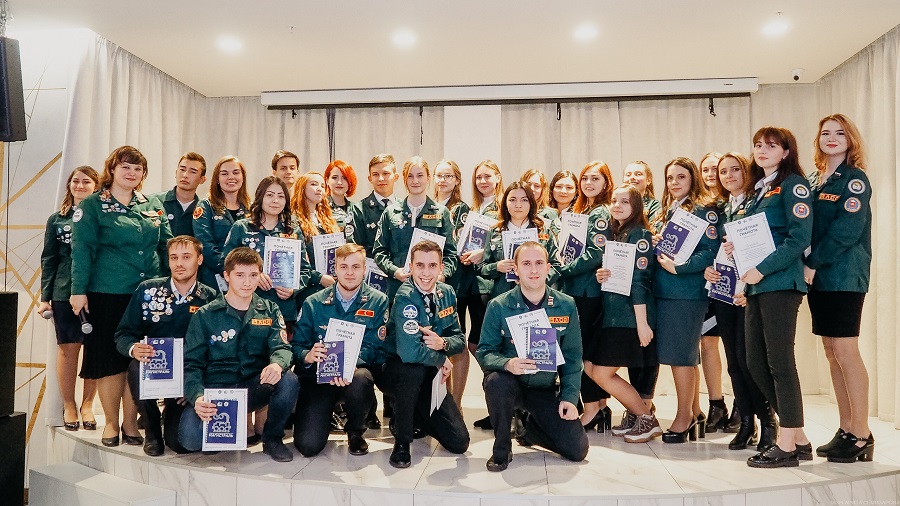 Letters of acknowledgement from the Department for Youth Affairs of the City Administration of Chelyabinsk for the contribution to the development of student groups and the youth policy of the city of Chelyabinsk were awarded to commander of the Student Conductors Team “Koleso Fortuny”» Aleksandr Movchanyuk and commander of the Student Conductors Team “Rasstoyaniye"» Olga Mironova.

“I would like to wish you only one thing: to maintain this friendship that you attained in student groups, in student conductors teams, for many years to come,” congratulated everyone Yuriy Gorshkov, Deputy Head of the Ural Branch of AO “FPK” for Service Maintenance, and Student Conductors Team veteran.

The main award of the evening was the title of the best commander and commissioner. Thus, Anna Yavnova, the commissioner of the Student Conductors Team “Koleso Fortuny” was named the 2019 Best Commissioner.

“It is hard to express my emotions with words. Honestly, I did not aspire to this award when I became a commissioner. The main desire was to create a warm-hearted atmosphere in my team and to light fire in the hearts of students, so that this fire could help them along the road of life. And the award from the consolidated Student Conductors Team “Magistral” is a pleasant reward that gave an unforgettable experience and a new incentive for further growth,” shared Anna.

We should add that this year 430 students, with 100 of whom being SUSU students, were employed in the Chelyabinsk Station reserve of conductors. From May through September, the teams’ members were providing high-quality passenger transportation services on summer train trip destinations.