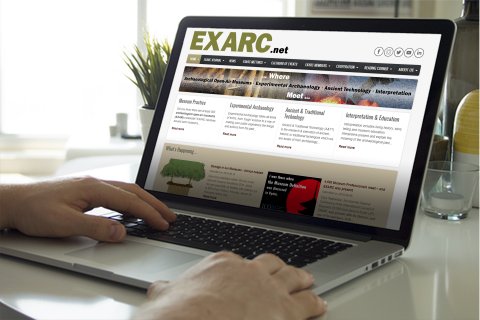 South Ural State University has become the only Russian university represented on the website of the World Organization of Experimental Archaeology, EXARC. The SUSU page contains information concerning the university’s experimental archaeology laboratory, which carries out international experimental research projects, studies and designs the technologies of the ancient population of the Ural Region.

EXARC is an organization representing a community of experimental archaeologists. One of its members is the head of the laboratory Ivan Semyan. The laboratory is part of the Eurasian Studies Research and Education Centre of the university. Due to Ivan Semyan’s vigorous scientific and popularizing activities, EXARC has put SUSU on the global map of universities, which feature departments of experimental archaeology. This event is a significant achievement, since not a single Russian university has been represented at EXARC so far.

The consolidation of forces interested in designing the phenomena and processes of the past allows the SUSU Laboratory of Experimental Archaeology to carry out a wide range of cross-disciplinary tasks: scientific and popular science, creating museum displays and copies of artefacts, teaching students, participating in tourism and charity projects.

Laboratory scientific experiments have significantly enriched the study of the life of Eurasia’s ancient population. In particular, researchers reconstructed the process of creating stone and bronze weapons of ancient warriors in detail, and reconstructed one of the world’s oldest compound bows. At its Archaeological Paleopark “Archeos”, the laboratory teaches students and conducts scientific experiments. Currently, projects are being fulfilled on recreating dwellings, technologies and daily life of the ancient times.

Early in October, the Laboratory of Experimental Archaeology, collaborating with the famous Greek scientist, Spyros Bakas, will hold a unique event at SUSU: “The Birth of an Arrow” master class, concerning the history of appearance and manufacturing technology of the most ancient bow and arrows.