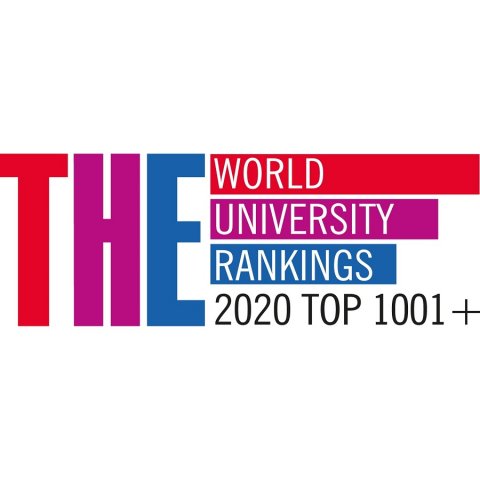 South Ural State University has entered the THE World University Rankings-2020 from the Times Higher Education Rating Agency for the first time. SUSU took position 1001+. More than 1300 universities from 92 countries around the world were evaluated.

THE WUR is considered one of the most prestigious international rankings alongside the top 1000 QS World University Rankings (compiled by Quacquarelli Symonds British consulting company and the Shanghai Rating (Academic Ranking of World University – ARWU). These rankings are created to help applicants, students, and researchers choose a university for their studies, for working on research projects, or for signing promising academic agreements.

Constant development of SUSU is the most important condition for its competitiveness. Without this, the university would be unable to provide quality education or to perform training of qualified, in-demand specialists or make contributions to the life of the region or the country as a whole. The rankings reflect the university’s position in the global academic space, which allows them to improve the university’s work.

“South Ural State University is the only university in the Chelyabinsk Oblast which has entered the THE university rankings. Considering that there are more than 25000 universities around the world, entering these rankings is a huge achievement for us. For SUSU to be considered a potential participant in the rankings, the university passed a rigorous selection stage by the appropriate criteria. Without a doubt, this is a significant event for the whole university and a proof of SUSU’s active development,” says the SUSU Vice-Rector for International Relations, Olga Yaroshenko.

The university’s placement in the THE International Rankings is determined by 13 key indicators in five areas: Teaching (30%), Research (30%), Citations (30%), International outlook (7.5%), and Industry income (2.5%). When analyzing the research indicator, the experts of the rankings agency study the bibliographic data of the Scopus citation database, accounting for articles, reviews, conference materials, books, and chapters written by university staff. Analysts of Times Higher Education especially stressed SUSU’s success in the Industry income indicator, where the university took the 689th place worldwide.

Academic reputation is determined by the results of an annual global expert survey of representatives of the international academic community and employers. The surveys cover tens of thousands of scientists around the world. At the same time, THE Rating Agency forms a database of contacts for conducting reputation surveys independently, without any help from the universities themselves.

"The University is already a regular participant in international and national rankings, annually strengthening its position, so entering the Times Higher Education Rankings is a proof of SUSU’s active development and the productive work of the university management and staff. It is worth noting that SUSU is in the 1001+ group, which also includes 7 universities of Project 5-100, including UrFU, SFU, FEFU, ETU "LETI", I.M. Sechenov First Moscow State Medical University, Samara University, and Lobachevsky State University of Nizhni Novgorod", notes the Head of the Department of Academic Rankings Promotion of International Office, Andrey Kocherov.

South Ural State University’s entrance into the THE WUR-2020 rankings is a significant event not just for the university itself, but also for the Russian higher education system as a whole. This is the proof of SUSU’s growth within the global research and education space, which conforms with the key goal of the 5-100 Russian academic excellence project.