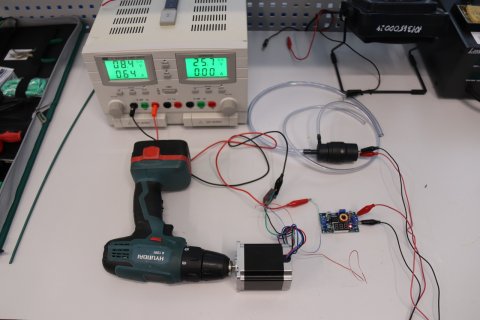 Three teams of young engineers supervised by scientists from South Ural State University and instructors of the Chelyabinsk Quantorium passed the preliminary stage in the frameworks of participation in the international contest called Quantoriada or ICCET 2019. Attendees of Quantorium that has been created at SUSU proposed their unique solutions of problems in the spheres of Smart Power Engineering, Aerotaxi, and Cableway. The finale of the contest is to be held in Moscow in December.

Hi-tech infrastructure of the university, research inventions and advanced technologies of SUSU scientists in the sphere of digitalization, materials science, ecology and alternative power engineering are a good foundation for passing on the experience to young attendees of the technology park who can put the acquired theoretical knowledge into practice. For example, there is the International Innovation Centre of Alternative Power Engineering successfully functioning at SUSU; in this Centre, scientists create wind power plants for operation under challenging conditions of the Arctic.

“Traditionally, the level of training of Quantoriada participants is very high. There were more than 750 teams applied for the online stage, including the teams from Spain, Bulgaria, Kazakhstan and other countries. Students had to think hard to make up the solution. Another important issue is the matter of price because financing is extremely limited. South Ural State University pays special attention to development of scientific research in the sphere of alternative power engineering, and we gladly consult students in the course of their work over the project. After their graduation from high school, we will be happy to see Quantorium participants at SUSU. We invent, construct and implement a lot as well,” says Evgeniy Solomin, Director of the International Innovation Centre of Alternative Power Engineering.

Evgeniy Solomin acted as the expert of the project entitled ‘Smart Power Engineering”. Within this project, the team managed to create a hybrid power supply system with a feedback system. Development of such a system will allow sufficiently reduce power consumption and improve reliability of power supply, having reduced the dependency on external sources. As a rule, modern MicrogGrid systems use solar elements and wind power plants as electric power sources. Team members created a cheap and efficient device using solar panels and power generator. Also, the project includes a system of cloud storage of electric power and a virtual power station. Microcomputer uses sensors to track the amount of electric power produced and consumed in the system. Using this allows rearranging the flows of electric power in the system, plugging in new sources if necessary or cutting off low-priority users.

According to the assignment for the Cableway project, it is required to solve a complex problem on cargo transportation in hard-to-reach mountain areas. The team supervised by a mentor of the Quantorium Children’s Technology Park working in the direction of Roboquantorium is developing a project on a cableway car transition along the cableway, which should be completely computer-aided and be able to overpass intermediate attachment fixtures analogous to suspension assemblies for high-voltage cables of power supply lines.

Another team is working on development of aerotaxi.

“As of today, students have assembled a quadrocopter using the basic Klever 3 set produced by Copter Express company. They improved it, having installed new reinforced and elongated legs which they have cut out themselves using a laser machine. They also created 3D model of the container for accumulator, which has been printed using the 3D printer. The major effort was focused on a specially developed grapple fixture. We will also present a new load grip system in order to compared it with the developed mechanical one. We have also developed new obstacles for the fly zone which simulate urban environment,” says a teacher of IT Quantum, Denis Zolnikov.

“We foster interest to professions in the sphere of engineering and electronics, and afterwards students get successfully enrolled to technical higher education institutions. This allows for training of highly qualified cadres for enterprises of the Chelyabinsk region. By constructing the continuous chain of ‘school – university – enterprise’, we meet the needs of parents, industries and the state as a whole,” assures the Head of Quantorium, Stanislav Bystrov.

Quantoriada is an international contest of children engineering teams, held under support of the Government of the Russian Federation. Each year, both Russian and international teams take part in Quantoriada. The contest is held in the most promising directions in order to popularize research and technical creativity among schoolchildren.