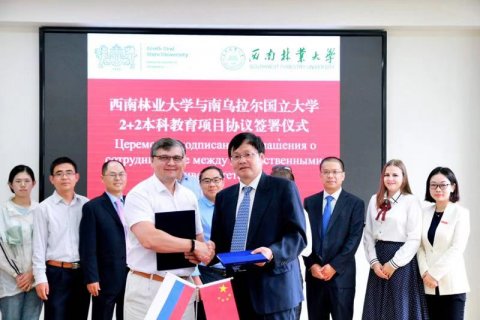 South Ural State University is continuing to successfully develop partnerships with Chinese universities. The Ministry of Education of China has proposed to establish novel joint educational organizations of a new format within their country. They will involve development of academic programs with Russia. This is why our colleagues from China are interested in making contacts with Russian universities and in establishing new, promising academic contacts with SUSU.

Throughout 2019, SUSU has been gradually developing its partnership with the Southwest Forestry University (Yunnan province, China). In January of 2019, the partners – representatives of the Southwest Forestry University headed by the Vice-Rector for Academic Affairs – visited SUSU to discuss the current partnership and the prospects for its development.

On July 11th of 2019, upon an initiative of the Southwest Forestry University, an online meeting was held between SFT and SUSU in which the partner-university offered to form a joint academic organization. The goal of this new project is to launch new joint Bachelor’s programmes.

"Today, the Ministry of Education of China is following a new tendency: at the behest of the Ministry of Education, Chinese universities are beginning to switch from 2 + 2 programmes to 4 + 0 programmes. This means that students study in China for 4 years, and during this period, lecturers from Russia come to them, deliver lectures, and work with them from abroad," explains Olga Yaroshenko, SUSU Vice-Rector for International Relations.

Universities of the People’s Republic of China are launching such organisations with the support of the PRC Ministry of Education. Nowadays, each province of China has such an organisation established jointly with partner universities from other countries.

“The Yunnan province, represented by one of its leading universities, decided to establish such an organisation with one of their Russian partners. As a result, our colleagues from China chose SUSU. Our partners offered cooperation in various academic fields, since they have known our university for many years and they highly praise the qualifications of our lecturers,” commented the Head of the International Relations and Development Office, Yulia Shmotina.

The online meeting on July 11th was attended by Vice-Rector for Academic Affairs, Andrei Radionov, Vice-Rector for International Relations Olga Yaroshenko, and representatives of SUSU’s institutes and schools who are interested in the enrollment of international students. For example, the meeting featured the Director of the Institute of Architecture and Construction, Dmitrii Ulrikh (students from China are very interested in continuing their education in the majors offered by the SUSU Institute of Architecture and Construction).

At the end of August 2019, the SUSU Vice-Rector for Academic Affairs Andrei Radionov visited the Yunnan province on a business trip. During the visit, he discussed the details of opening an innovative academic centre, the founding of which will involve efforts from both the Southwest Forestry University and South Ural State University.

“This will be a joint academic centre of an entirely new format,” stresses Olga Yaroshenko. “Not a branch institution of SUSU, but a more robust organisation, the creation of which will be founded upon a new type of contract. We will represent the interests of our university in the Yunnan province and support courses and disciplines by sending our lecturers. Teachers from SUSU will go to Yunnan and read lectures both in-person and online. This is a long-term project, and not just with the Southwest Forestry University. We are starting with them, but in the future, universities near the Yunnan province will be able to send their students.”

As a result of the negotiations, a decision was made to develop joint academic programmes in Ecology and Natural Resource Management; Construction; Software Engineering; Instrument Engineering; Technological Machines and Equipment; and Economy, Management, and Tourism.

In August, during Vice-Rector for Academic Affairs Andrei Radionov’s visit to the Yunnan province, a partnership agreement was signed between our universities involving the creation of a unified academic organisation as well as an agreement on the creation of a joint academic programme in the 2+2 format for Bachelor’s programmes in the Mechanics and Robotics programme at SUSU (Mechanics and Electronics at SFU). In the future, joint academic programmes in other technical fields will also be developed between the universities. Both sides have agreed that the number of students for each programme will range from 28 to 48.

Upon completion of their studies, when necessary, Chinese students will be able to come to SUSU and obtain additional expertise. 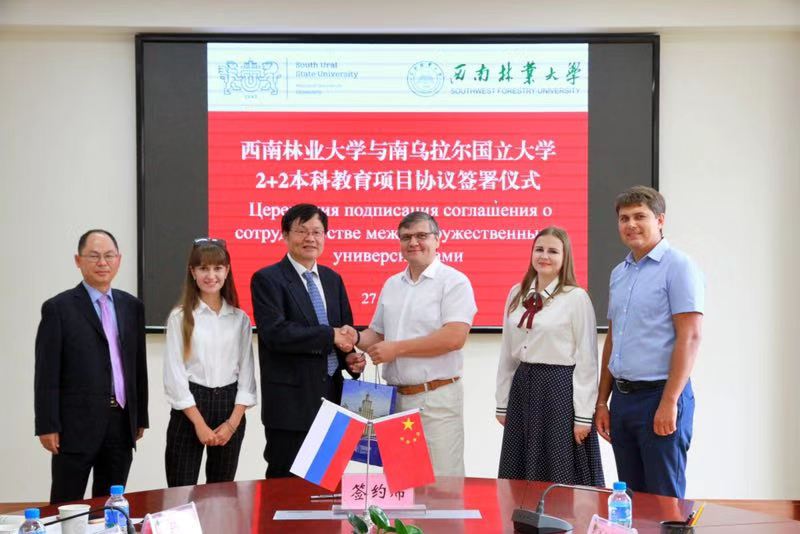 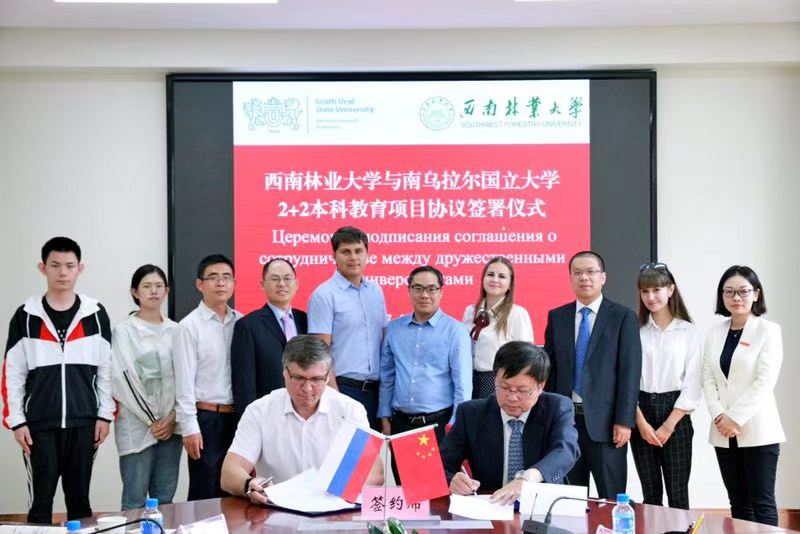 Yulia Rudneva; photos by the interviewees